The Duel (大決鬥) (1971), was another hit sensation for director Chang Cheh. The film managed to gross 1,375,619.20 HKD and gained a massive following for its dynamism.  Actors such as Ti Lung and David Chiang also attribute to the film success, as it was the first time Hong Kong witnessed the duo pitted against each other. The film is still considered a Hong Kong classic, for its celebration of martial art culture and experimentation with filming techniques and production design.

From the opening scene, viewers are introduced to two triad leaders, Shen Tian-Hung and Liu Shou Yi, who are in the midst of an on-going feud. However, both end up getting murdered and Wen Lieh, the second son of Shen Tian-Hung becomes a scapegoat for his father’s gang and flees the town. However, after a year of exile, Wen Lieh suddenly realizes he is a target as men are repeatedly sent to kill him but soon realizes it was one of his own family members who is out to get him and destroy the name of his father. Wen Lieh forms a plan to get rid of his rivals, but is left unsure of what to do with his nemesis, struggles with his former acquaintance, the Rambler, a hired hitman for Shen Tian-Huang’s gang.

Who is Chang Cheh?

Chang is referred to as the ‘Godfather of Hong Kong Cinema’ as his films play a pivotal role in not only Hong Kong culture, but globally. After graduating from National Central University, where he earned a degree in Politics, Chang moved to Hong Kong in hopes of becoming a film critic. By 1947 he wrote his first script for the film Girl’s Mask, and in two years he made his directorial debut with the film Happenings in Ali Shan (阿里山風雲) (1949). However, it was only in 1967 that Chang took the film industry by storm with One-Armed Swordsman (獨臂刀) (1967). From the 60s to 80s, he directed ninety films, and Shaw Brothers Studio produced most of them. Chang also experimented with other fields within the entertainment industry. In 1992, he produced the television series Ma’s Assassination (刺馬), which adapted his 1973 film The Blood Brothers (刺馬). Although Chang is well-known for his films, he also shared a passion for music. He wrote more than seventy Chinese songs that appeared in his films. Chang’s willingness to experiment and address social issues is one of the many reasons his films are beloved and holds a special place in the film industry.

Within the span of four years, Chang’s trademark fighting scenes, intense and gory sequences, evolve into more realistic, cut-throat scenes. The amount of gore featured in this film is unimaginable. Compared to earlier films in the ‘60s, the usage of blood is more emphasized, as blood bursts from the necks or stomachs of men and fills each frame with screams of agony and “crushing deathblows”. However, there is a distinguishable trait amongst Chang’s films, which is the crescendo of violence. Throughout The Duel (大決鬥) (1971), the film can be described as a series of fighting scenes. The usage of dialogue is simply a bridge for characters to go from one massacre to the next. However, every fighting scene beats the last, as every sequence gets more intense and nerve-wracking. Suddenly, the final fighting scene leaves you speechless. Although Wen Lieh and The Rambler are amazing kung fu masters and manage to not get a single scratch on themselves throughout the film, Chang ends with this ambiguous freeze-frame as viewers are left wondering if the duo survived or are left for dead. It shows that a duel does not mean it is between two people, but can be interpreted as a personal duel for survival. This final off-setting scene is what makes this film worthwhile for viewers. 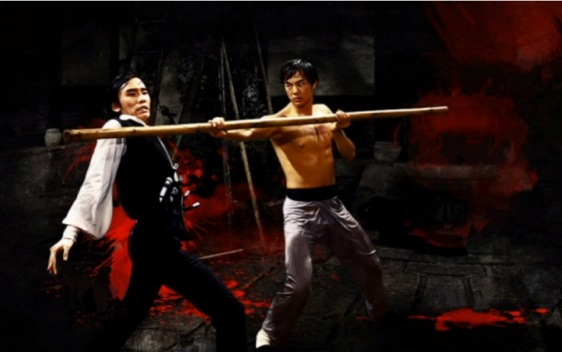 The Use of Music and Color

As mentioned before, Chang was passionate about music and his films reflect his admiration for beautiful melodies and riveting orchestral pieces. Chang’s use of music is especially powerful in the opening scene as it sets the tone of the film, as viewers eagerly wait for the opening credits to transition to the action-packed drama. Throughout the film, music is an essential tool to cue viewers of what to anticipate. A thunderous, dynamic song like Stauss’s Sprach Zarathustra sets the tone for the audience that this film deals with serious, and suspenseful moments.

Chang establishes the tone of his film through the use of color. Throughout the film, Chang uses color to foreshadow upcoming scenes. This is clearly exhibited in one scene, where Shen Tian Huang and his gang of triads trample over a farmer’s tomatoes. Chang’s gradual zoom towards the tomatoes indicates a symbolic meaning behind the fresh produce. The small uses of vibrant red could mirror the surplus of bloodshed throughout the film, and offers viewers the chance to interpret this particular scene. Chang’s use of color is not always symbolic but is used to satisfy aesthetic purposes. Frames overwhelmed with pigmented hues of green, yellow, blue as it supports the narrative and helps differentiate the triads. Chang’s understanding of colors reflects his  ability to communicate ideas and explains why he is considered the godfather of Hong Kong cinema.