As Hong Kong’s film industry evolves, the martial art genre also experiments with sub-genres, such as spy films. In the ’60s, Shaw Brothers Studio invested in projects that adapted the well-loved American James Bond films. With films like The Golden Buddha (金菩薩) (1966), Hong Kong had its own 007 agent, Paul Chang Chong. A review in “Southern Screen” states, “The film is in the true Bond tradition, with beautiful girls, secret weapons and a cunning foe.” Even though Lo Wei’s spy films offer Hong Kong viewers a refreshing take on Martial Art films, it is necessary to address the sudden appeal for spy films. This presentation will provide information on the film, The Golden Buddha and an analysis on why Wei’s film is considered a Hong Kong classic. 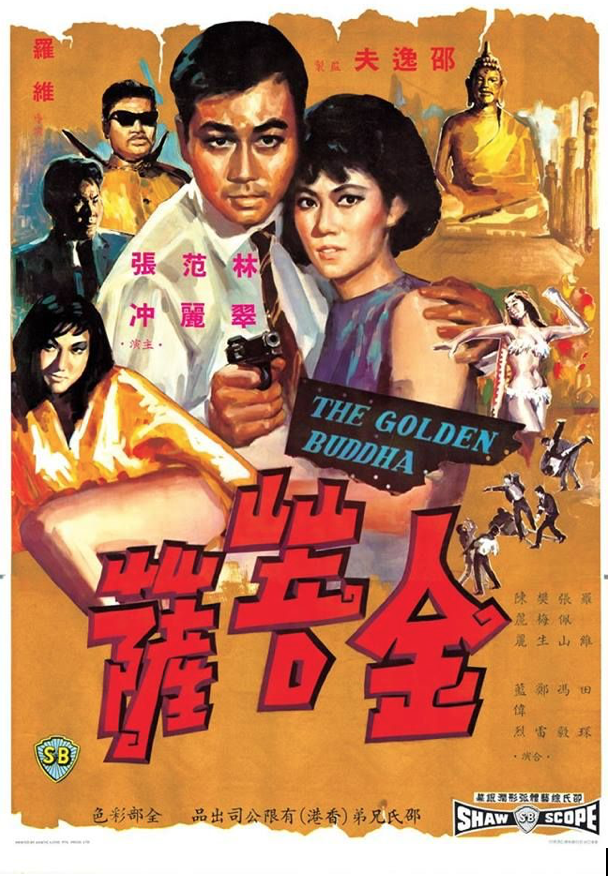 Viewers are introduced to Paul Cheung, a businessman, preparing for a trip to Singapore. On his flight to Singapore, he bumps into a friend and later realizes he accidentally took the wrong briefcase. However, upon his arrival at his friend’s house, Chan Chung Cheung is found dead, and Cheung discovers a small golden Buddha with hidden instructions. Unsure of the meaning behind the instruction, Cheung takes it upon himself to investigate the death of his friend. With the help of Chan Mei-nan, the duo travel to the ruins of the Ancient Siamese capital Ayutthaya in search of the two other golden buddhas. However, upon their investigation, Cheung and Chan come across the murderous Skeleton Gang, who are going to great lengths to find the other remaining buddhas. Throughout the film, we witness Cheung fight off these bandits with his kung-fu skills and race to find the lost treasure.

Who is Lo Wei

Born in 1918 in Jiangsu, young Wei had aspirations of making it big in the entertainment industry. During the Sino-Japanese War, he traveled to Shanghai to perform in stage plays and movies. It was after the war, Wei moved to Hong Kong and joined Yong Hwa Film. For a few years, he acted in films such as Notorious Woman (名女人別傳) (1953) and Rose, Rose I Love You (玫瑰玫瑰我愛你)(1954). In 1957 Wei formed Swank Motion Picture with Lau Leung-Wa and with a focus on producing films such as River of Romance (多情河)(1957) and The Golden Phoenix (金鳳凰)(1958). By 1965 Wei transitioned to directing and worked at Shaw Brothers Studio. During his five years at the studio, Wei directed 17 films, and most were spy films. His success at Shaw Brothers studio led to his directorial debut at Golden Harvest, where he directed the classics The Big Boss (唐山大兄) (1971) and Fist of Fury (精武門)(1972). This led to the commercial success of Bruce Lee and the international Kung Fu craze in the ’70s. By the ’80s, Lo took a step back from directing and focused on producing. His final film was in 1993, and a year after his death, he received the lifetime achievement award at the golden horse award. 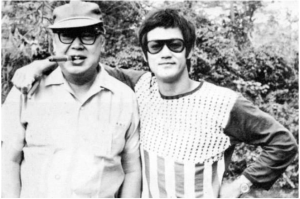 Since the 1910s, Hollywood played a pivotal role in American culture. However, in the ’60s, the American film industry found it difficult to tackle the “Hollywood sixties recession'' until Harry Saltzman and Albert R. Broccoli introduced James Bond. The invincible secret agent becomes an overnight sensation and wins the heart of not only Americans but fans from all over the world. What many found appealing about the James Bond series was the combination of technical aspects, such as the cinematography and musical scoring, but also Sean Connery’s, the actor that plays Bond, charisma and charm. Over time other countries adapted the franchise, and soon, Hong Kong discovered its Bond. 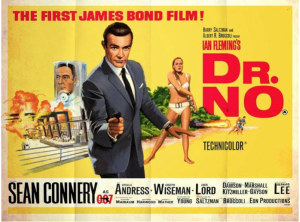 Poster of the Film, ‘Dr.No’

In the late ’60s, The Shaw Brothers Studios decide to undertake the Bond series and produce its adaptation with the first film, The Golden Buddha. Throughout the film, it is evident Wei follows the James Bond structure: “hero confronting a criminal organization while surrounded by the hostile spies, and beautiful woman.” Wei also references the Bond films with elaborate set designs and close attention to music, which enhances the viewers’ experience. However, Wei’s film resonates with Hong Kong viewers with two cultural references: martial arts and humor. In most Bond films, technological innovations play a significant role. However, The Golden Buddha features no inclusion of any jetpacks or advanced weaponry. Instead, the majority of the film’s fighting sequences reference kung-fu. Wei’s deliberate choice of using martial art evokes a sense of cultural pride, as martial art encompasses Hong Kong’s film industry before and during the ‘60s. However, it also shows that martial art does not only need to be used in films that reference ancient tales. Films such as The Golden Buddha are clear indicators of Hong Kong’s film industry straying away from swordplay and transitioning to the ’70s Kung-Fu craze. 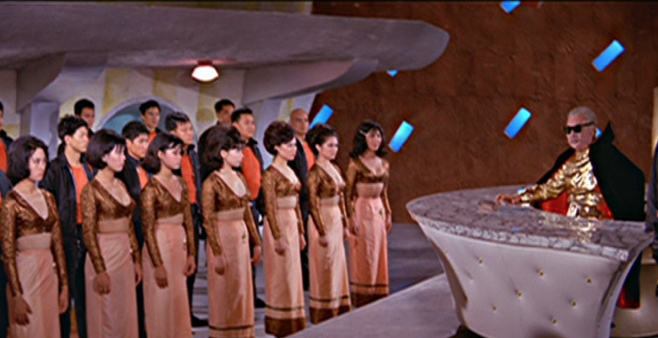 Still from the film ‘The Golden Buddha’

The use of humor is also a unique feature that differentiates Hong Kong’s Bond adaptations to others. King Hu’s Come Drink with Me, a Shaw Brother Studio’s martial art film that was released the same year as The Golden Buddha, share a similar type of humor. Amongst both films, it is apparent that both male protagonists embody a quirky sense of humor. In Come Drink with Me, viewers witness Drunken Cat, a former kung-fu master turned beggar, maneuver his way out of messy situations with his quirky, clueless behavior. This is mirrored in the Golden Buddha, as Chung’s cluelessness results in cute gags such as finding his way at a massage parlor. Although many regard the Golden Buddha as a James Bond film, it parallels modern spy films such as Get Smart (2008) or Pink Panther (2006). Spy films associate with well-choreographed action and drama, but Wei’s use of humor offers a lighthearted approach to the intense narrative and creates the ideal blend of silliness and thrill.

Films are influential in reflecting cultural trends and conveying a sense of relatability to audience members. It is apparent Lo Wei’s film is not only experimenting with a sub-genre of martial arts, but is also paying tribute to Hong Kong’s modernizing society. Hong Kong in the ’60s was a city of profound transformation. According to Man-Yip Fung, an assistant professor of Film & Media Studies at the University of Oklahoma, the city’s rapid industrialization was second to Japan. With a booming economy and the evolving city, one can argue this film is less so a spy film, but a celebration of Hong Kong’s monumental, energetic era. By deciding to base the film around modern society, it brings a distinctive and brand-new sensory experience. Unlike other martial art films that turn away from using special effects and embrace realism, The Golden Buddha is another form of realism, sensory realism. This type of realism centers around the premise of aesthetics. By incorporating everyday life as a subject and displaying cultural trends, it heightens the film. This is most evident in the costumes used throughout the film, especially Chan Mei-nan’s outfits. From A-line mini dresses to trendy hairdos, the costumes and glamorous wardrobe makes one forget they are in the presence of a spy film.

Fashion Trends from the Film ‘The Golden Buddha’