Hong Kong in the 60s was an era of modernization and experimentation. Film companies such as ‘Shaw Brothers Studios’ made an effort to transform the film industry by producing action-packed thrillers and films. However, it was King Hu’s film, Come Drink with Me (1965-66) that revolutionized and revitalized the Martial Art film genre. Many directors such as Ang Lee, the director of Crouching Tiger, Hidden Dragon (2000), claim Hu’s film to have heavily influenced their work.  From the music to the highly stylized choreography, Hu fuses cultural heritage and modernity in his films. 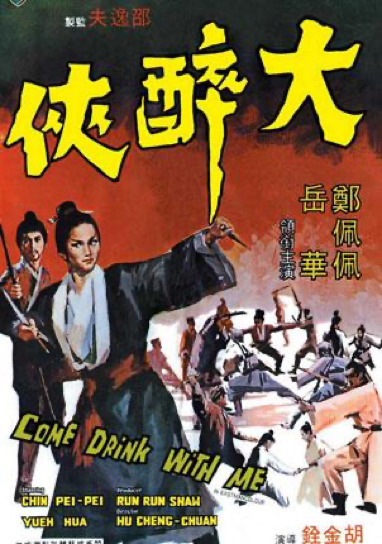 Set during the Ming Dynasty, a violent gang emerges and attacks an official procession in hopes of finding their leader. When they discover their leader is not one of the prisoners, they kidnap the governor’s son in hopes of an exchange. Little do the gangsters know, the governor’s other child, Golden Swallow, is prepared to fight the bandits to release her brother. As Golden Swallow fights off the thugs, she receives help from a man, also known as Drunken Cat. Throughout the film, viewers witness not only physical combat but the struggle between morality and political power

Who is King Hu

King Hu was born in Beijing in 1932 and studied art in his hometown before leaving for Hong Kong. He started as a proofreader and assistant accountant but soon decided a career in the arts was more suitable for him. Beginning as a painter for advertisements and film posters, he later joined Yung Hwa Motion Picture as an art director. In 1958, Hu signed with Shaw Brothers Studio as an actor with the help of director Li Han Hsiang. He appeared in The Kingdom and Beauty (江山美人) (1959) and was the lead actor in The Deformed (畸人艷婦) (1960). In 1962, Hu was working up the ranks as he served as Assistant Director for the film Bride Napping (花田錯) (1962). 1966 was the year Hu’s film career took a turn, with the remarkable Come Drink with Me (大醉俠) (1966). Although the film was a successful hit for the Shaw Brother’s studio, Hu left for Taiwan to join Union Film. For the next two decades, Hu embarked on ambitious projects such as A Touch of Zen (俠女) (1971). In 1992 the Hong Kong Film Director’s Guild honored Hu with the Lifetime Achievement Award. Sadly, Hu never completed his final film, The Battle of Ono (1997), as he passed away during minor surgery. However, his legacy and films will continue to inspire future filmmakers. 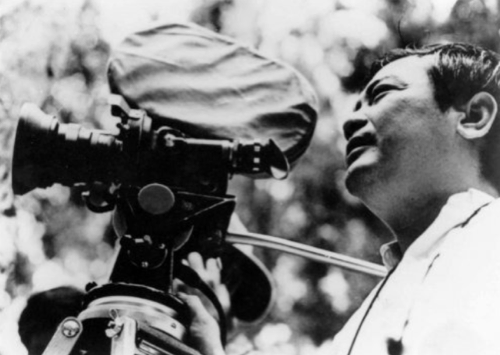 Why This Film is Considered a Classic

The Overall Plot (Spoilers ahead)

As previously mentioned, Wuxia films often took inspiration from Chinese opera. Hu’s Come Drink with Me is an adaption of the Beijing Opera, The Drunken Beggar. Although there are a variety of elements within the film that make it stellar, the film’s central theme is a significant contribution to its success. At first, it appears as if the film is addressing a straightforward narrative, Golden Swallow seeking vengeance on the kidnapping of her brother. However, the film’s ending serves as a powerful tool in approaching the concept of mercy. The epilogue can be described as an ending within an ending as the film solely focuses on the relationship between Drunken Cat and the evil monk. Towards the end of the film, viewers learn more about Drunken Cat’s past as we discover he was previously a Kung Fu Master who had a complicated history with the monk. Although Drunken Cat is conflicted, he decides to show mercy towards the monk. The scene projects the idea that even though evil can be defeated, seeking justice should never be done with violent intentions. Within the last twenty minutes of the film, Hu manages to challenge audience members with the dilemma of morality versus seeking revenge.

Although this film addresses pressing issues such as morality and mercy, Hu is able to make this film worthwhile with the subtle inclusion of humour. The audience is abruptly introduced to Drunken Cat as he stumbles upon the inn. Even though he is aware of a showdown between Golden Swallow and the violent thugs could happen any second he still demands to be served wine. One cannot help but laugh at Drunken Cat’s cluelessness, and sense of charisma throughout the film. Hu’s addition of music also elevates the film’s narrative. In one particular scene, Drunken Cat and a group of children sing songs to pay for a meal at the inn. Traditionally, music in films conveys a character’s inner turmoil, but in Come Drink With Me, Hu strategically uses music as a method of storytelling. Through music, audience members are able to quickly fall for Drunken Cat’s personality. In the middle of a tense and uncertain time, the use of singing adds a sense of comical relief. Before this film, it was rare to include comedy in Martial Art films, but Drunken Cat’s witty and quirky personality is a brief distraction from the film’s serious narrative. 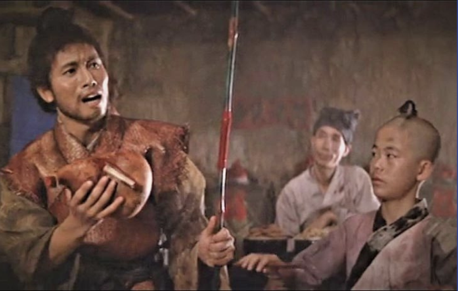 The Cinematography and Production Value

In any film, the opening shot is vital in providing viewers with the premise of the film. The opening shot for Come Drink with Me is disorienting and audience members may be unsure of what exactly is going on. However, from multiple perspectives, we witness the violent gang emerging to the top of the mountain and cornering the official procession. One-shot to the next, one may experience the adrenaline mirrored on-screen. It is as if the viewer is one of the royal guards quivering at the uncertainty of the situation. This brief clip from the film is one of the many examples of Hu’s ability to focus on details and his ability to make filming appear effortless. Even with action-packed, dynamic stunts and scenes, there is a natural sense of flow that Hu is able to convey in his scenes. With little dialogue between the actors, the way Hu pans from one point to the next elevates the narrative of the story as viewers are able to survey  the surroundings and piece together the story. In contrast to Hu’s ability to make everything in a scene flow seamlessly, he has another trademark which is the ability to play with tension. Hu gradually zooms into a frame and tightly centers around the actor to indicate something drastic or crucial is about to happen. This allows Hu to tease the viewers and keep them on their toes as they anticipate what is going to happen next. The production value of this film is also phenomenal and impressive. From the costumes to the set design, it is awe-inspiring and enhances the viewers experience in watching the film.

Throughout the film, it is evident the action choreography takes influence from Beijing Operas. However, Hong Kong film studios in the 60s were taking the initiative to embrace realism and compared to earlier films, Hu’s attempt to portray fights were considered gory. What is impressive about these fighting scenes is the sense of poise and elegance that elevate the overall film. For example, the fighting scene at the Inn encapsulates Cheng Pei-Pei’s, the actress that plays Golden Swallow, sophistication and elegance. Compared to modern action films that are packed with incredible stunts and loud explosions, Chang Pei-Pei makes Kung Fu appear graceful with her use of swordplay. Throughout the film, these fighting scenes are not only a source of entertainment but hypnotize viewers, as one is left in awe with the way Cheng Pei-Pei sways her sword and fights with dignity and grace.

Last but not least, it is necessary to acknowledge and celebrate the representation of females in this film. In a male-dominant industry, it is a challenge for women to rightfully earn a chance to star as the film’s protagonist, especially in action and thriller films. However, in the 1960s, Hu did not conform to society’s standards and sought to portray women as independent figures. According to Ya-Chen Chen, the author of “Women in Chinese Martial Arts Films in the New Millenium”, Hu’s inspiration for female protagonists comes from his definition and fantasies of an ideal woman. When introduced to Golden Swallow, she immediately becomes a role model for fellow women. She is calm and collective but also showcases traits of courage and strength as she does not act inferior nor submissive to men. Although this film was produced in the 60s, this film is quintessential for uplifting and empowering women. 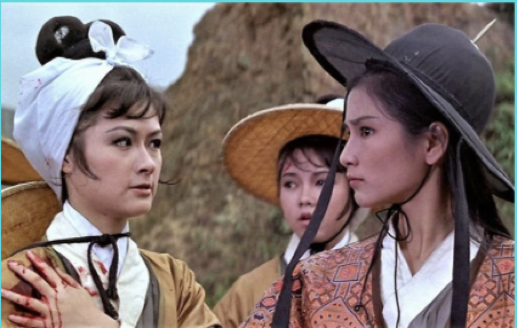