Compared to last week’s film, Come Drink with Me by King Hu, Chang Cheh’s The Assassin (大刺客) (1967) is a film that meets more than the eye. Chang uses his film not only as a source of entertainment but touches on issues such as one’s purpose in life, the idea of masculinity, and the ugly, messy side of politics. Although Chang was already a well-known director in Hong Kong, The Assassin was a breakthrough for Chang. It also revolutionized Hong Kong’s film industry with the experimentation of filming techniques and narratives. To this day, Chang’s films are a source of inspiration as household names such as Quentin Tarantino credit Chang for inspiring his Kill Bill: Volume 2 (2004). This presentation will introduce the film and its significant contributions to the Hong Kong Martial Art genre. 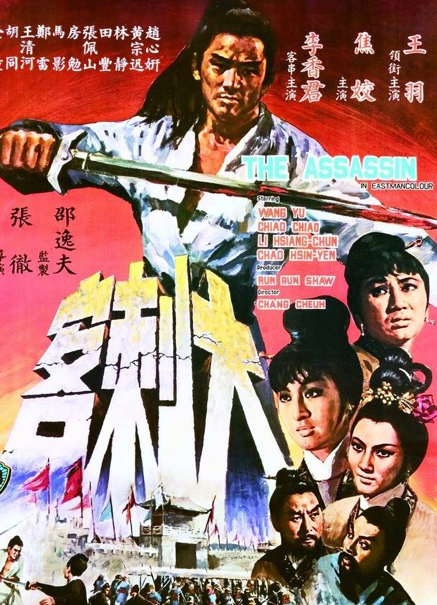 During the period of Warring States (475-221 BC), viewers are introduced to the quarrel between Yen Chung Tzu, an official for the Han Kingdom, and Han Kui, the prime minister for the Han Kingdom, as they decide if the Han Kingdom should form an alliance with the Qin Kingdom. Despite the uncertainty of the Han Kingdom’s fate, Nie Zeng, the film’s protagonist, struggles with his purpose in life. As the years pass, Nie is uncertain if he should risk his life for a dangerous assignment.

Who is Chang Cheh

Many critics regard Chang Cheh's films to be rough around the edges. However, Chang is referred to as the ‘Godfather of Hong Kong Cinema’ as his films play a pivotal role in not only Hong Kong culture, but globally. After graduating from National Central University, where he earned a degree in Politics, Chang moved to Hong Kong in hopes of becoming a film critic. By 1947 he wrote his first script for the film Girl’s Mask, and in two years he made his directorial debut with the film Happenings in Ali Shan (阿里山風雲) (1949). However, it was only in 1967 that Chang took the film industry by storm with One-Armed Swordsman (獨臂刀) (1967). From the 60s to 80s, he directed ninety films, and Shaw Brothers Studio produced most of them. Chang also experimented with other fields within the entertainment industry. In 1992, he produced the television series Ma’s Assassination (刺馬), which adapted his 1973 film The Blood Brothers (刺馬). Although Chang is well-known for his films, he also shared a passion for music. He wrote more than seventy Chinese songs that appeared in his films. Chang’s willingness to experiment and address social issues is one of the many reasons his films are beloved and holds a special place in the film industry. 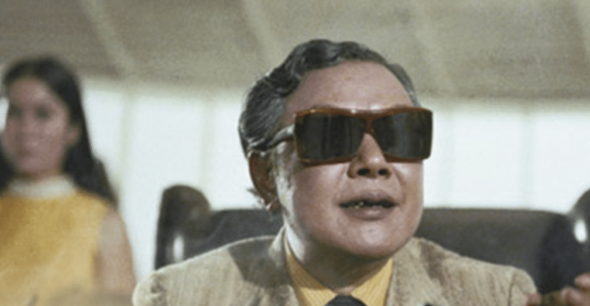 The Assassin is made with the intent of projecting masculinity. Chang believed the Hong Kong film industry prioritized tales of romance and female stars. In traditional Chinese culture, the scholarly ideal (wen) is considered more appealing. However, Chang turns to the concept ‘yangyang,’ which embraces martial (wu) over scholarly to redefine masculinity. From Chang’s perspective, the codes of masculinity does not only mean strength but to be a figure others can depend on. A brief conversation between Nie Zeng and Xia Ying projects Chang's ideal man. Nie Zeng states, “Wouldn’t you sooner that I die a hero than be useless and die of bitter existence? At least I have ambition, and the only way is to die for it…” Chang is also able to showcase his ideas of masculinity through the portrayal of the male body. In one particular scene, viewers witness a group of men training in a field. Throughout this scene, the male body is heavily emphasized. Luke White argues, “Chang’s emphasis on the male body – often on display in a way that the female body could not be within the norms of propriety of the time – allowed him to develop wuxia as a body genre to the degree that directors favoring female stars could not…” Chang’s film propels a new beauty standard for the Hong Kong male demographic. This new standard was well-received amongst male viewers as the concept of hyper-masculinity was being stressed and eventually paved the way for a new definition of masculine.

Why this Film is Considered a Classic

The Level of Experimentation - Redefining the Wuxia Genre

By the 60s, Wuxia, a genre of swordplay films, slowly lost its popularity amongst Hong Kong viewers. However, Chang is one of the few directors credited with revitalizing the genre through the embracement of realism. Taking inspiration from Hollywood Westerns to Akira Kurosawa, a Japanese film director from the 30s, Chang highlights the importance of portraying realism. Earlier swordplays films dealt with elements of the supernatural and exaggerated special effects to create the illusion of fantastical powers. Compared to earlier films, Chang gained attention for his use of blood and violence. This is most evident when Nie Zeng discovers Master Wu tied up to a pole and left for dead. Chang does not hold back in exhibiting a graphic scene and allows him to stand out from his fellow directors.

The Level of Experimentation - Usage of Symbolism

What makes this film worthwhile is not just the adrenaline-rushing plot, but the amount of experimentation and thought that goes into Chang’s film. Symbolism is heavily played around in The Assassin. The opening shot bombards viewers with rapid cuts of swordplay and a bloody hand. This is Chang’s intent to not only foreshadow Nie Zeng’s fate but also prepare audience members to anticipate the feelings of intensity and gore throughout the film. The final scene is another example of Chang's use of symbolism. Although Xia Ying is devastated and awestruck by the death of Nie Zeng, she finds a sliver of hope as she stumbles upon an arrangement of flowers. From the uplifting music to the frame of flowers, it conveys a message of hope even in one’s darkest moments. Through the subtle use of symbolism, the film’s ending is even more impactful as it communicates a sense of closure not only for Xia Ying, but for audience members.

The Level of Experimentation - Filming Techniques

The best way for a director to receive recognition and stand out amongst others is how one works the camera. For King Hu, his trademark is to film with stealth and pan slowly from one scene to the next. However, Chang’s style of filming varies, and one can say his way of filming can be associated with emotions. In moments of intensity or suspense, the camera rapidly zooms in on the figure. It’s the sudden, instantaneous camera work that signals viewers to expect the unexpected. It is imperative to note Chang’s experimentation comes to light when he films the fighting sequences. Wide shots are mostly used in fighting scenes to capture more of the surroundings and create a more atmospheric approach to the film. However, techniques such as the ‘point of view’ and bird’s-eye view perspective are slowly incorporated in fighting scenes to offer viewers multiple perspectives and dynamism. The use of numerous filming methods is what makes Chang’s films appealing as there is never a dull moment.