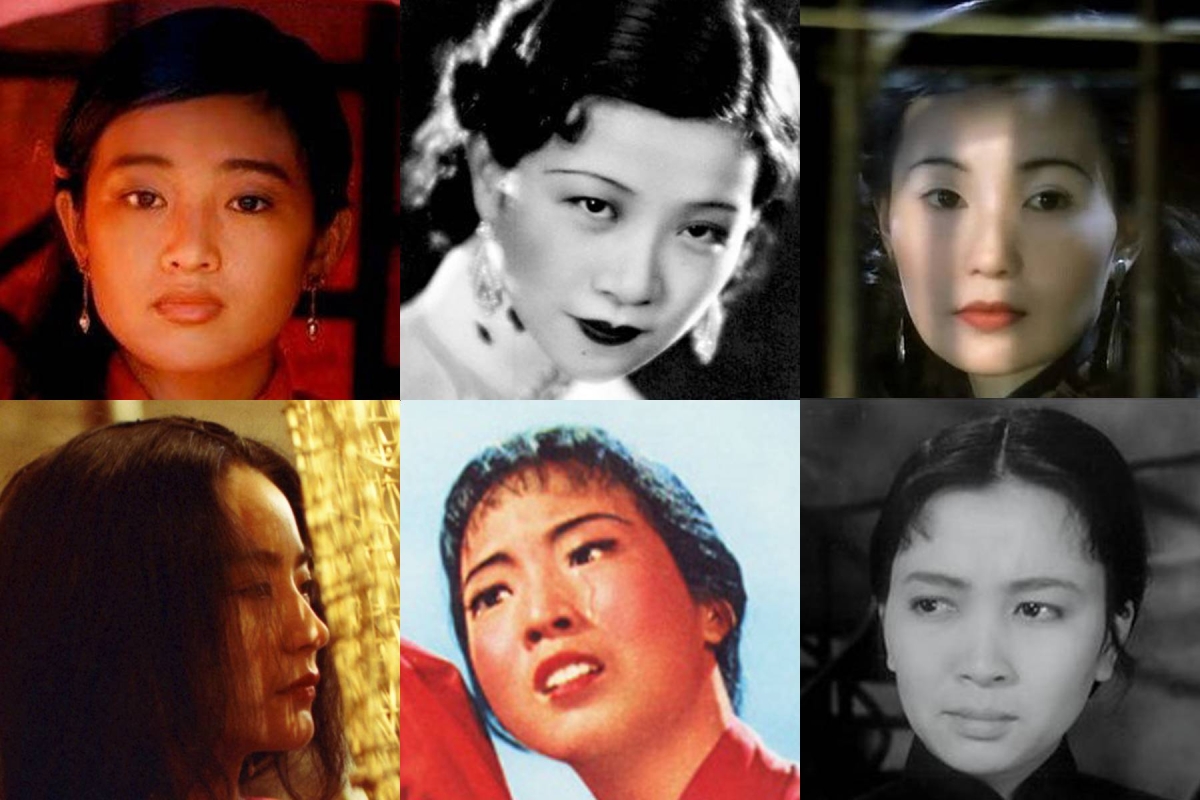 Part of Citi Series on Asian Arts and Culture

Chinese cinema has produced some of the most memorable and mesmerizing female screen icons. This film series celebrates the most significant screen divas in the industry's over 100 years of history, beginning with the silent period. It includes unforgettable performances by Li Lili (1915-2005), Ruan Lingyu (1910-1935), Xie Fang (1935- ), Liu Xiaoqing (1950- ), Maggie Cheung (1964- ), Gong Li (1965- ), among others. The series celebrates the achievement of Chinese actresses, surveys the representation of women on screen across generations, and highlights the strength, resilience, beauty, love, and desire of Chinese women. The films in this series are all major Chinese classics, each with at least one woman in a prominent role.

Tickets: $7 members; $9 students/seniors; $11 nonmembers.
Series discount (in-person or by phone only): Buy at least 4 tickets for at least 4 "separate" programs in this series in one transaction to get $1.00 off each ticket.

All films presented with English subtitles. Click on individual programs for tickets and more information.

A struggling single mother in 1930s Shanghai resorts to prostitution in order to provide for her young son. In an oppressive society that will never give her and her beloved child a chance, she is doomed to a tragic fate as she fights a hoodlum who steals her money and makes her his kept woman. The Goddess features a nuanced and heart-wrenching performance by the queen of silent cinema Ruan Lingyu — often called the "Chinese Greta Garbo" — in her most celebrated role. At once vulnerable and resilient, the heroine embodies gender and class struggle and the motherly ideal.

Check out New Women (1935), also featuring actress Ruan Lingyu, and Center Stage (1992), a biopic of Ruan Lingyu. Both films are part of this film series.

Independent and ambitious, Wei Ming (Ruan Lingyu) is a modern single mother, music teacher, and emerging writer. In a world where women are often treated as sexual preys, Wei faces publishers who are eager to sell her sexual image and a school patron who gets her fired for rejecting his advances. A sick child forces her to scramble for money but the only way to obtain quick cash is prostitution. Unable to make ends meet, Wei is driven to suicide. At her death bed, she awakes to a newly found courage to live. Actress Ruan Lingyu, who ironically took her own life soon after this film’s release, gives a powerful and courageous performance portraying a woman who struggles against sexual oppression and economic deprivation.

Check out The Goddess (1934), also featuring actress Ruan Lingyu, and Center Stage (1992), a biopic of Ruan Lingyu. Both films are part of this series.

Yuyin (Liu Xiaoqing) and her husband are happily married and run a roadside bean curd stall. During the 1964 Four Clean-ups Movement, they are branded new rich peasants. When their house and business are taken away, Yuyin's husband commits suicide. Now a street sweeper, Yuyin encounters Qin Shutian (Jiang Wen), an intellectual who has arrived in this town to collect local folk songs only to be also branded a "bad element." The two fall in love while political turmoil continues to ravage their personal lives. Made a decade after the Cultural Revolution, the film charts the political trajectory of a nation through the experiences of small town individuals.

Check out Two Stage Sisters (1964), also by director Xie Jin and part of this film series.

Ling Ling (Li Lili) leaves her war-ravaged rural fishing village for a better life in Shanghai. She soon confronts the dark side of life in this metropolis marked by poverty and material decadence. After being raped by her factory boss, Ling Ling seeks help from a stranger who sells her to a brothel. Now a prostitute, Ling Ling has not forgotten her roots and provides for those who are even less fortunate. She is able to find her ultimate redemption as a revolutionary martyr. Director Sun Yu, a member of the progressive left of his time, masterfully juxtaposes the punishing reality of Shanghai with idyllic images of Ling Ling's rural past. The film looks longingly at lost traditional values and offers hope for a renewed society.

One of the last films made before the Cultural Revolution, Two Stage Sisters follows the lives of two female opera performers, Chunhua (Xie Fang) and Yuehong (Cao Yindi), from 1935 to 1950 as they leave a small countryside folk opera troupe and join a theater company in Shanghai. Their relationship is put on trial as ideological differences develop over a period of turbulent political and social upheavals. Director Xie Jin, known for his women's pictures, is one of the most successful filmmakers in Chinese cinema history, having weathered major political storms in a career that spanned half a century.

Check out Hibiscus Town (1986), also by director Xie Jin and part of this film series.

During the Cultural Revolution, only a small number of state-approved yangbanxi, model operas that adhered to revolutionary ideologies, were staged. One of them was the ballet opera The Red Detachment of Women, about a peasant girl who breaks away from an oppressive landlord and joins the Red Army. The performance, originally staged in 1964, was adapted to film and made the ballerina Xue Jinghua an instant star. The virtuosic and ecstatic dance sequences featuring revolutionary heroines carrying rifles and clenching fists in army shorts have formed some of the most lasting and iconic revolutionary imageries. This popular ballet opera, which also features music that is familiar to Chinese of all generations, is still being performed in China today.

In the countryside of Shandong province in the 1930s, a young peasant girl, Jiu’er (Gong Li), is arranged to marry a leper, a much older man who owns a winery. After her husband's death, Jiu’er takes over the running of the business. Her life is completely changed when a man she had an unusual sexual encounter with reemerges, followed by the Japanese invasion. Stunningly shot with luscious color and imagery, it was the first Fifth Generation film to enjoy popular success at home and it won the Golden Bear (Best Picture) award at the Berlin International Film Festival. A directorial and acting debut for Zhang Yimou and Gong Li, respectively, the film catapulted both to international stardom and launched a series of collaborations between the two. This film is an adaptation of 2012 Nobel Literature Prize winner Mo Yan's novel of the same name.

Renowned director Wong Kar Wai (In the Mood for Love, 2046) takes the martial arts period genre to a new height with this visual feast set in a vast desert where lone warriors and forsaken women roam while being perpetually trapped in devastating memories. The ever-shifting desert landscape and the abstract — almost impressionistic — action sequences, shot by Christopher Doyle, convey deeply troubled and roaring emotions. The ensemble cast features some of the most admired Chinese actors including Maggie Cheung, Brigitte Lin, Tony Leung, and Leslie Cheung. This 2008 version, also by Wong, is a revision of his 1994 original.

Check out Center Stage (1992), which also features actress Maggie Cheung and is part of this film series.

The life, death, love, and pain of Chinese silent cinema starlet Ruan Lingyu (The Goddess, New Women — both in this series) are brought to life in this biopic featuring an unflinching performance by Maggie Cheung, another all-time screen sensation. Ruan, called the "Chinese Greta Garbo," enjoyed a glorious career but was so troubled by the tabloids' reporting of her love life that she committed suicide at the age of 25. The 29 films she left behind have immortalized her screen persona. Cheung plays Ruan with total abandon and fully embodies the suffering and passion of her forebear. The film won her the Best Actress award at the Berlin International Film Festival. It pays tribute not only to the queen of silent cinema but also to the golden age of Chinese cinema.

This film series is part of China Close Up, Asia Society’s yearlong programmatic focus on China. To here to find out more.