Gloria Steinem: The Goddess in the Connections | Asia Society Skip to main content

Gloria Steinem: The Goddess in the Connections 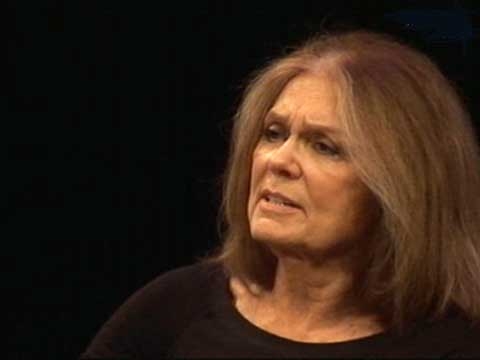 The conversation kicked off with a discussion about the time Steinem spent in India in 1957, at the age of 22. The experience introduced her to Gandhian philosophy and grass-roots organizing, as well as exposing her to a different way of life.

Arriving back in America, she applied much of what she learned. "It wasn't, I think, until after the women's movement was well under way, and I had become a wandering organizer, that I realized that I had really been influenced by what I saw and learned in India."

"I just wish we could get in our minds the paradigm of a circle, instead of a pyramid, which would really help. Labeling is the enemy of connection. A certain amount of labeling is useful, but we just have to see it as connected, not better than, not worse than, but connected."

The two went on to talk about a range of other topics, including Steinem's writings and activism. Again focusing on connections, Steinem spoke about the link between internal and external change, which became important to Steinem around the time she wrote her book Revolution from Within. "I read a Polish author who said that in a police state, the revolution begins the first moment a policeman herding a crowd looks into the face of a person and sees that person is not afraid."

In addition to her work as an activist and organizer, Steinem co-founded Ms. Magazine in 1972, wrote for many prominent magazines throughout her career, and has published several books. Desai described Steinem's leadership in the women's movement as "of incalculable importance."