Midnight Moment Presentation To Coincide with Final Weeks of "After Darkness: Southeast Asian Art in the Wake of History" exhibition 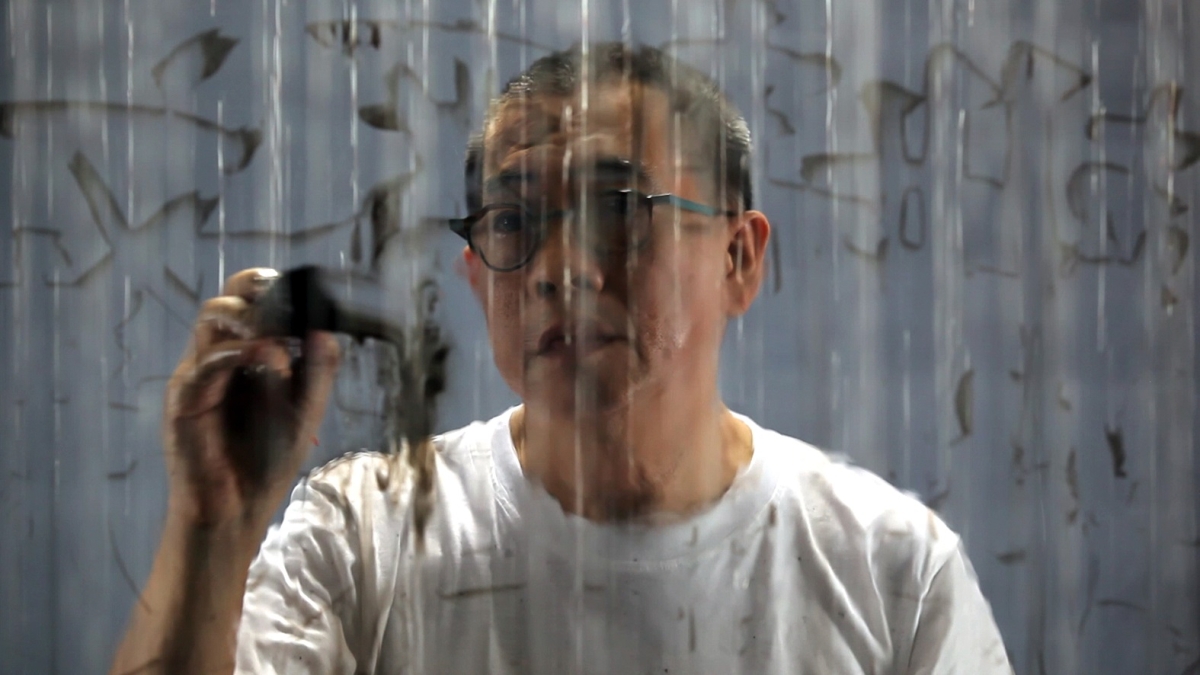 NEW YORK, December 15, 2017 — Times Square Arts, the public art program of the Times Square Alliance in partnership with the Times Square Advertising Coalition, will present as part of its 2018 Midnight Moment lineup a video work by FX Harsono, currently on view in the Asia Society Museum exhibition After Darkness: Southeast Asian Art in the Wake of History. Harsono’s Writing in the Rain will be a Midnight Moment featured artwork, to be shown nightly on electronic billboards in Times Square at 11:57 p.m. to midnight during the month of January. The work is presented in partnership with Asia Society Museum.

“Asia Society is thrilled to be partnering with the Times Square Alliance to feature FX Harsono's Writing in the Rain in Times Square,” said Boon Hui Tan, Vice President of Global Arts & Cultural Programs and Director, Asia Society Museum. “In addition to the vivid imagery of his video, Harsono’s focus on identity and belonging will surely resonate with the thousands of local residents and international tourists who visit Times Square every day. The Asia Society Museum exhibition After Darkness: Southeast Asian Art in the Wake of History coincides with this special presentation and features works by Harsono and other artists from the region.”

A seminal figure in the Indonesian contemporary art scene, Harsono is deeply engaged with social and political issues, including the role of the artist in the recovery of repressed histories, cultures, and identities. Writing in the Rain is a stark depiction of the artist writing his name in Chinese characters with an ink brush as streams of water coming from above like rain wash the ink away. In this work, culture and identity are elusive and continually need to be reasserted as time and circumstance threaten to erase them.

After Darkness: Southeast Asian Art in the Wake of History is an exhibition of thought-provoking works by seven artists and one artist group from Indonesia, Myanmar, and Vietnam on view at Asia Society Museum through January 21, 2018.

FX Harsono was born in 1949 in Blitar (East Java), Indonesia, and lives and works in Jakarta, Indonesia. He was educated at the Jakarta Art Institute, Jakarta, Indonesia and Sekolah Tinggi Seni Rupa Indonesi (STSRI “ASRI”), Yogyakarta, Indonesia. In recognition of his decades-long “commitment to art and to freedom of expression in art,” Harsono was awarded the Joseph Balestier Award for the Freedom of Art in 2015, presented by the US embassy in Singapore, and in 2014 he was given the Prince Claus Award honoring his “crucial role in Indonesia’s contemporary art scene for forty years.” His work has been shown in over 100 exhibitions around the world, including the seminal “Traditions/Tensions: Contemporary Art in Asia” at Asia Society in New York (1996), and the first Asia-Pacific Triennial of Contemporary Art in Brisbane, Australia (1993). The Singapore Art Museum mounted a major career retrospective, “FX Harsono: Testimonies,” in 2010. He presented his first solo exhibition in the United States, “Writing in the Rain,” at Tyler Rollins Fine Art in 2012. Recent biennials include Indonesia’s Jogja Biennale (2013) and the 2016 Sydney Biennale. His work is currently on view in the Asia Society Museum exhibition “After Darkness: Southeast Asian Art in the Wake of History.”

Midnight Moment is the world’s largest, longest-running digital art exhibition, synchronized on electronic billboards throughout Times Square nightly from 11:57 p.m. to midnight. Presented by the Times Square Advertising Coalition and curated by Times Square Arts since 2012, it has an estimated annual viewership of 2.5 million. For more information, visit www.timessquarenyc.org/midnightmoment