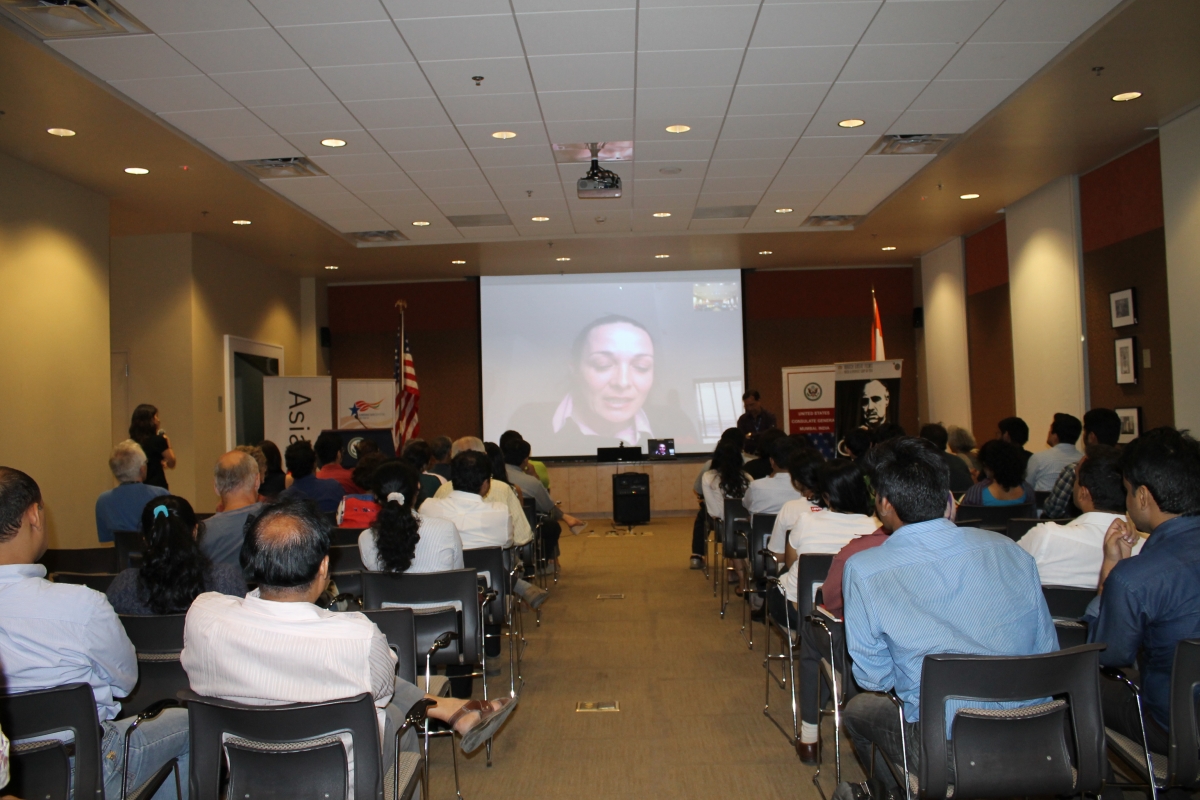 MUMBAI, May 3, 2012 — Raising awareness of the need to conserve water resources and to find more just and transparent ways to develop its sourcing and distribution, Asia Society India Centre presented a screening of the film FLOW: For the Love of Water, and a discussion via videoconference with the film's director, Irena Salina, appearing from New York City.

Among other themes, the programme explored how the privatization of the water industry can lead to excessive strain on water resources and can raise the price of water to unaffordable levels for the poor. Situations also arise wherein the rich are able to access water cheaper than the poor. Polluted water also leads to innumerable diseases, spread not only through drinking water but also through exposure while bathing. Moreover, Salina's film shows the bottled water industry to be unreliable as a guarantor of quality, causing sometimes unnecessary and excessive pressure on limited resources.

Despite the belief, still held by many, that water is in abundant supply, the film featured experts saying that water resources around the world are drying up. FLOW also explored some of the solutions being implemented to contend with this issue, from sustainable models of UV technology to ancient methods of rainwater harvesting.