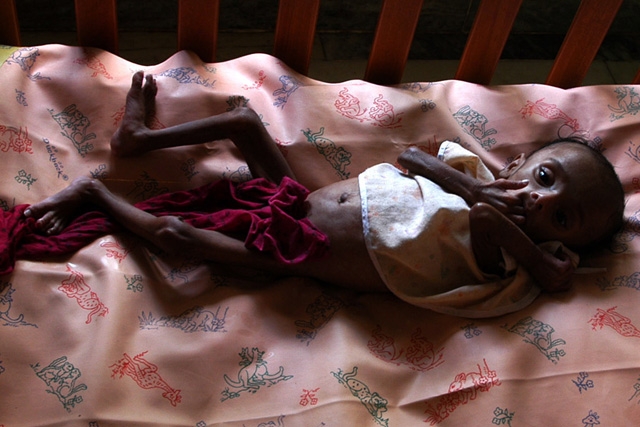 Originally published in Business Standard, May 6, 2006

India's had enough concerts and charity events, now it needs some sustained action.

A time bomb is ticking beneath India’s future. India’s remarkable growth and its ability to address its monumental social problems will all be compromised if the country does not quickly and aggressively address its growing HIV/AIDS crisis, and if the global community does not do more to help.

India estimates it has approximately 5.25 million people with HIV/AIDS, by far the largest number in the Asia Pacific region and only second largest in the world after South Africa. More concerning, up to 95 per cent of those infected do not even know they have the disease, allowing the disease to spread at exponential rates.

Addressing this growing crisis will require tremendous political will, the commitment of significant resources, and a strong willingness to overcome cultural norms deeply embedded in Indian society. India will either take these steps and realise its great potential, or fail to do so and watch the process it has made erode unnecessarily.

To be sure, India has made great strides in addressing this epidemic. Prime Minister Manmohan Singh established and chairs India’s inter-ministerial National AIDS Council and this past December spoke publicly for the first time about responsible sex education. India, on paper at least, endorsed access to anti-retroviral treatment through its public health system. India’s National AIDS Control Organisation, NACO, is making much needed progress in blood safety, access to testing, and surveillance. One of the country’s top corporations, Tata Steel, implemented its first HIV/AIDS awareness programmes in 1994 and more recently, new industries, including those which part of India’s vibrant outsourcing sector, are getting involved. Small and large civil society organisations are making inroads with some of the most vulnerable communities. From street theatre in the red-light districts of Mumbai to reproductive health service clinics in the resettlement colonies of Delhi to care and treatment programmes in Chennai — model programmes for prevention and care are starting to take hold.

These actions are admirable for a number of reasons. But India’s response to the looming HIV/AIDS crisis remains insufficient. Traditional attitudes towards sex and sexual behaviour prevent open discussion of HIV/AIDS and basic education about condom use and safe sex.

The social and cultural stigma associated with people living with or affected by HIV/AIDS prevents those at risk from getting tested and those with the disease from seeking treatment. This is most evident in rural communities, where young, monogamous married women are often blamed for their HIV positive status, even though they are often infected by their husbands. In India, as in many countries, the low status of women weakens their ability to protect themselves.

Most people who have HIV or AIDS do not know their status because systematic testing is not taking place on a sufficient scale. Testing alone may not be a magic-bullet, but it is a necessary first step in prevention. The poor quality and bureaucratic nature of India’s medical treatment infrastructure provides little incentive for those at risk to seek medical diagnosis or treatment.

As India’s leaders push reforms to modernise India’s economy, the same level of leadership is required to defuse the HIV/AIDS time bomb. And just as India has looked to other countries for models of market liberalisation, it must now both seek and share best practices from around the Asia-Pacific region that better address the challenges of HIV/AIDS.

Thailand’s rapid and aggressive promotion of condoms in the early 1990s, for instance, is largely credited for reversing the rise of HIV/AIDS in that country. Malaysia has pioneered the engagement of Muslim religious leaders in the fight against the disease. Leading Chinese universities, including Tsinghua University, Fudan University and the Shanghai Academy of Social Sciences have embarked on critical social science research to understand the factors that put certain Chinese communities at risk, as well as the role of the media and government in prevention. Even Iran has developed and expanded critical harm reduction model programmes, including condom promotion and needle exchange for intravenous drug users. Like India, all of these countries face enormous challenges in addressing HIV/AIDS.

Last week in Mumbai, the Asia Society Asian Dialogue on HIV/AIDS brought together voices from these countries and others to jumpstart the process of sharing these types of best practices from across the region. These positive examples can help India chart its own course to address the scourge of HIV/AIDS.

In doing this, India’s leaders must work together to make meaningful responses to HIV/AIDS an even greater national priority. Legislation ensuring the rights of the infected, and protecting against discrimination, must be passed. The current reality for children orphaned by AIDS in India is especially bleak and needs to be changed. Business leaders can follow Ratan Tata’s example by instituting progressive HIV/AIDS programmes in the workplace. Led by the example of Bollywood stars such as Amitah Bachchan and Preity Zinta and leading sporting figures including Sachin Tendulkar and Rahul Dravid, cultural elites can publicly speak out on these issues.

It will be a challenge for India to increase testing and treatment for HIV/AIDS, but it must do both. One place to start is by ensuring comprehensive testing for those most at risk. Prime Minister Singh can take a huge step towards overcoming the stigma of HIV/AIDS testing by publicly being tested himself and calling on India’s government, business and cultural leaders to do the same. Similarly, treatment protocols must be made available as widely as possible. India’s current inability to provide counseling, treatment and protection for the majority of those who test positive must be addressed. This will require education and resources on a massive scale.

The international community also has a valuable role to play in supporting these types of reforms. The US government, now the world’s largest funder of programmes targeting HIV/AIDS, has committed over $140 million to India. These monies must be made available without agendas or stipulations. The World Bank has given India a $191 million dollar loan for its national AIDS programme and to date the Global Fund for AIDS, TB and Malaria has approved a similar amount for India. The Bill and Melinda Gates Foundation, through Avahan’s India AIDS Initiative, has taken a lead among private foundations by committing at least $200 million to prevention efforts. Multinationals have a responsibility to set an example for local industry as well as use their core competencies and political and financial leverage to shape a stronger response to AIDS. Research institutions can support their Indian colleagues to train health professionals and social scientists.

India has the capability to succeed in this effort especially if the government commits to a national HIV/AIDS awareness campaign that does not soft pedal issues of social inequality, gender discrimination and economic opportunity. All of these efforts must be substantive and systematic — India has had enough concerts, fashion shows and charity events — it now needs sustained and coordinated action.

Recent reports that HIV infections have fallen by a third in southern India are certainly positive, but provide little ground for complacency. India still has a long way to go. India must marshal all of its resources and overcome its self-imposed limitations by openly, honestly and directly addressing its HIV/AIDS crisis before it is too late.

Jamie F Metzl is Executive Vice President of the Asia Society. Elizabeth H Williams is Senior Programme Officer for HIV/AIDS and Global Health. The comments made in this article reflect the views of the authors and not necessarily those of the Asia Society.