Deadlock on the Korean Peninsula 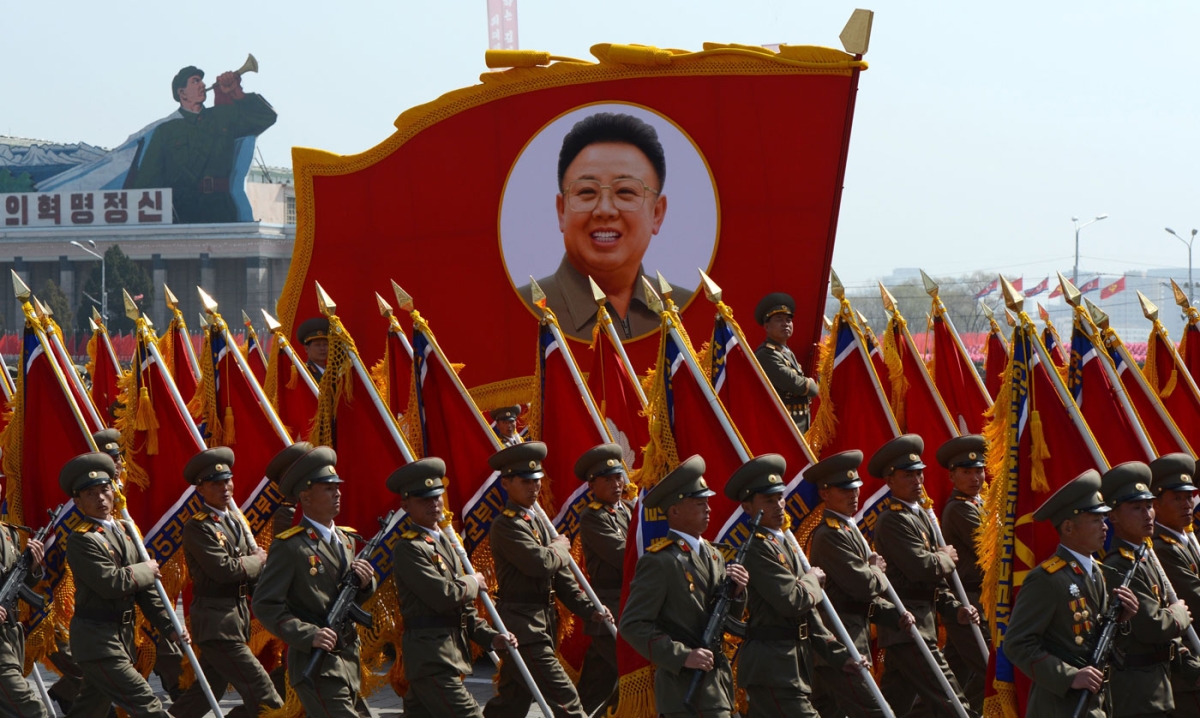 One of the great dilemmas of U.S. foreign policy is that at the strategic crossroads of East Asia—a region so vital to American interests—is a country with which the United States is technically still at war, the Democratic People’s Republic of Korea (DPRK). To its north sit America’s former and maybe future rivals, Russia and China; to the south and east stand Washington’s two best friends in East Asia, South Korea (ROK) and Japan. The alliances with Seoul and Tokyo are the linchpin of U.S. regional security architecture, and the complex relationships with Beijing and Moscow are the cornerstone of world peace. As if that were not enough, nowhere in the world do so many nuclear-armed or weapons-capable countries meet than on the Korean Peninsula. And the intersection of economic forces is equally sobering to consider—with one-fifth of the world’s GDP arrayed around it, the isolated North Korean economy is like a small volcano smoldering ominously in the middle of a bustling city.

With so much at stake, the current state of affairs in Northeast Asia is troubling. The DPRK recently changed its paramount leader for only the second time in over 60 years. A new political order, fronted by twenty-something hereditary leader Kim Jong Un, is now in its formative stage. Promisingly, the initial signals coming from post-Kim Jong Il North Korea had been a desire to improve relations with the U.S. and a willingness to resume the denuclearization process. But that honeymoon ended before the newlyweds even boarded the flight, when Pyongyang launched a satellite rocket on April 13, scuttling their new agreement with the U.S., and eliciting another denunciation and tightened sanctions from the UN Security Council. Now, many analysts expect an imminent third nuclear test, likely triggering an even stronger rebuke from the UNSC. In the meantime, inter-Korean relations continue to reach new lows, with mass rallies against the South Korean president being staged in Pyongyang, and massive military exercises being staged by ROK and U.S. forces in the South.

It is very hard to imagine an improvement in U.S.-DPRK relations any time soon. Even if President Obama decided to trust the North Koreans enough to return to the negotiating table (unlikely after the rocket launch), it is doubtful that he has the political room to do so during an election year. Similarly, there is little hope for a thaw in inter-Korean relations. On the contrary, South Korea’s lame duck president and his hardline advisors seem to regret not hitting back harder during the tragedies of 2010—the sinking of the Cheonan naval vessel and North Korean shelling of Yeonpyeong island. Channels of inter-Korean cooperation and communication are almost completely frozen, and the next time tensions flare along the DMZ or sea border, the risks of escalation will be high.

Perhaps most disconcerting of all is that hostility, if not outright conflict with the U.S. and South Korea seems likely to define the Kim Jong Un era from the outset. Although there are signs that the young leader might want to lead his country toward economic development and international integration, he is under intense domestic pressure to defend national sovereignty and regime survival. So it is difficult, if not impossible, for Kim Jong Un to unclench one fist, even though he may sincerely want to shake President Obama’s outstretched hand with the other.

Given these domestic factors that favor mutually reinforcing hardline positions in Pyongyang, Washington, and Seoul, the best hope for near term progress on DPRK would appear to be Beijing. After all, among this quartet, China is the only country that can claim in good faith to have no hostile intent toward the other three. Indeed, only China has normal state-to-state relations with the others in the group. The United States episodically turns to Beijing to “use its leverage” with Pyongyang in order to advance U.S. policy goals, and in a pinch the DPRK relies on China as its sole diplomatic friend in great power politics. And yet, this is precisely the problem: Beijing has proven to be a poor mediator, unable to convince either Pyongyang or Washington to invest serious political capital in negotiations that would ensure the DPRK’s security while eliminating its nuclear deterrent. Beijing periodically steps up its diplomatic effort in order to avert, mitigate, or contain flare-ups in hostility, but is ineffectual in changing the underlying calculus that keeps DPRK in a state of permanent security crisis.

John Delury is an Assistant Professor at Yonsei University in Seoul.