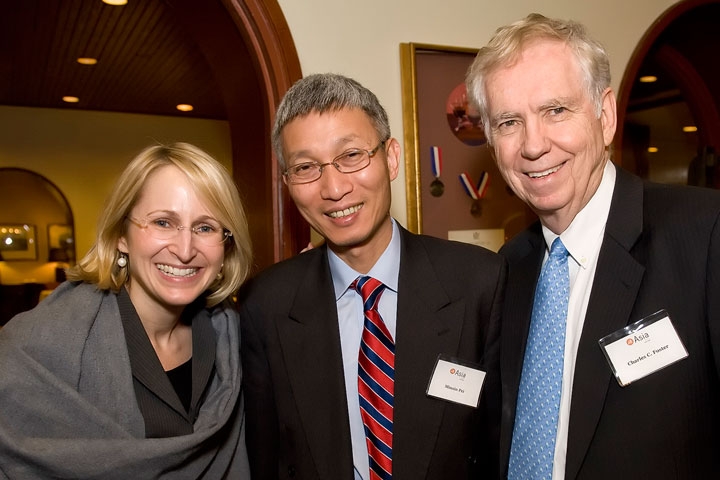 The Chinese Communist Party has survived, political scientist Minxin Pei says, by reinventing itself as the party of, by, and for the elites. That makes China, at least at present, "a country incapable of a social or political revolution."

Pei, who teaches at Claremont McKenna College and directs the Keck Center for International and Strategic Studies, offered his mixed assessment of political reform in China as part of the 2010 BP Speaker Series: Prospects for Democracy in China, Afghanistan, North Korea. He spoke to an audience of 130 at a luncheon hosted by Asia Society Texas Center.

Addressing the question "Will China Democratize?" Pei answered no, not in the near term. But he also predicted the CCP strategy of maintaining one-party rule by buying off the growing middle class will ultimately founder on a host of problems, including an aging population, economic inequality, and environmental degradation. As China becomes more urban, the regime's opponents will find it easier to organize, he said, and will attract a receptive audience in the growing army of unemployed college graduates. "Revolutions happen when college graduates cannot find jobs or be incorporated into the existing political system," Pei said.

The Shanghai-born professor was somewhat vague about the time frame for political change in China. He did say he would be "very surprised" if an imperfectly democratic China hadn't emerged by 2040. He also predicted the road to democracy will be rockier than that traveled by Taiwan.

Looking at the present, Pei said Chinese leaders have proved adept at making changes necessary to preserve the system. They have transformed the CCP from a communist party to a capitalist party and successfully made China's growing economy a source of political legitimacy, he noted. They have used bulging state coffers to strengthen the organs of state repression, including riot police and secret police, while at the same time expanding personal liberties such as the freedom to travel abroad.

And in what Pei called "a brilliant strategy," the CCP leadership has broadened the social base of the party, making it an "elite-based coalition."  Ambitious young Chinese rightly see party membership as the ticket to a good job, Pei said.