A Chat with Ismail Merchant 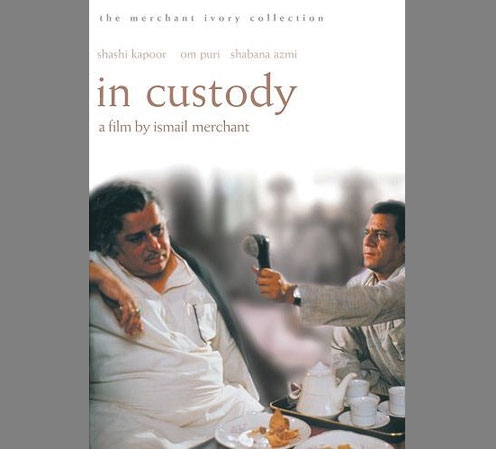 Ismail Merchant is the producer of some of the most critically acclaimed films in recent cinema, including A Room with a View, Howard’s End, and The Remains of the Day. Born in Bombay, Ismail Merchant has worked in the US for most of his life. After a chance meeting with James Ivory at the 1961 Cannes Film Festival, the two young filmmakers formed Merchant Ivory Productions in hopes of making English-language feature films in India for the international market. Their forty-year partnership has been one of the most prolific in cinema, resulting in the creation of forty-six films and several television features. In addition to being one of the most successful producers in independent cinema, Mr. Merchant has also directed several feature films, including In Custody and The Proprietor.

Asia Society spoke with the filmmaker at the Asia Society’s New York office in promotion of Thirteen/WNET New York’s screening of Gaach, a Merchant Ivory documentary on Bengali actor Soumitra Chatterjee, on May 26, 2001.

The Indian community has been [in Trinidad] for the past 150 years. When the first workers were brought to work in the cane fields, they were brought from India. The mixture of the Trinidadian people and the Indian people has caused a new culture to emerge. V.S. Naipaul, as a writer from Trinidad, has spoken and written about this culture in several of his novels. This is one of his most human and most amusing and witty novels. The characters are very Indian. I decided that I wanted to do a comedy, so this was just the right one. It’s about a young man who has climbed to fame and he discovers that his writing and the relationship with his wife are really more important for him than anything else.

As far as I know, Ray is the greatest director there is. He has influenced not only our lives, but the lives of many people and many filmmakers. Right from the beginning, our relationship with Ray has been very close.... He did the music for Shakespeare Wallah. This is the 80th birthday of Ray and it is wonderful that they are showing Gaach, the documentary on Soumitra Chatterjee, and Charulata [a film by Satyajit Ray based on Rabindranath Tagore's novella The Broken Nest] on PBS on the 26th of May. I think it’s such a moving tribute to him, and to his great work Charaluta [which is] his masterpiece....

Gaach, a biography of the Bengali actor Soumitra Chatterjee, preserves not only Ray’s films but also the Bengali language.

Absolutely. Again, Rabindranath Tagore is very much [an influence on Merchant Ivory films]. Bengal is one of the great states of India. Culturally, it’s the strongest, most vibrant place there is in India.

And yet you are from Bombay. That brings us to the issue of language. Preservation of language seems to be an important theme in your work, not only with Bengali in the case of Gaach but Urdu in In Custody. Why was In Custody an important film for you to make?

In Custody was the first feature film I directed. It was about the language Urdu and poets. My [first] language is Urdu, so I felt there was a very basic and emotional connection with that novel [by Anita Desai] and with that story. I directed Om Puri and Shashi Kapoor. Om Puri is also in my new film, The Mystic Masseur, and so is Ayesha Dharkar [and] Jimi Mistry... so it’s a very good cast.

What I thought was interesting about In Custody was that it portrayed Urdu as this dying language that is being subsumed by Hindi. My impression is that the two languages, Hindi and Urdu, are becoming more and more distinct since Partition and that new vocabulary is being added to divide the two languages even further for political purposes. Do you think Urdu is dying out?

You would call that Urdu and not Hindustani?

It’s Urdu actually. A few words of Hindi appear here or there, but it’s all Urdu. I feel that if the popular culture, which is what Hindi films are, uses Urdu, it’s not going to diminish.

That leads me to my next question; how do you feel about Bollywood films?

They are entertaining. They are good. I think that the music numbers are very interesting, but I would rather see that more attention is paid to story, characters, and direction as opposed to only musical numbers.

I have heard that the plots of all Bollywood films can be summarized as “I love you, you love me, oh no, there’s my dad!”

Well, the musicals give emphasis to love, longing, melancholy, sadness. All of that is always there.

Those are the basic themes of classical Indian literature. Why do you think your partnership with James Ivory and Ruth Prawer Jhabvala has been so successful?

We respect each other’s talents. Ruth Jhabvala is the writer, James Ivory is the director, and I am the producer, so we don’t have such big egos to fight with. Our latest film, The Golden Bowl, is such a success, here and in Europe. I feel very proud that we have managed to stay together. In these forty years we have made forty-six films. Each one has brought a certain name and contribution to cinema. We are the ones who started what independent cinema is all about. We are an independent company. I feel that if there is a [book] written about cinema, Merchant Ivory will have its own chapter.

Back to The Golden Bowl... what was it about the Henry James novel that interested you?

It was the most dense novel in the sense that it had the most dramatic story. It’s a ménage à quatre. It’s about a father and daughter and the daughter's friend and her relationship with her current husband. And then her friend marries her father. It’s a story of so many layers-- deceit, lies, and greed. So we thought this was a wonderful story to tell in terms of cinema.

The forty-six films run such a gamut, but perhaps the one thread connecting all Merchant Ivory films is that they are an exploration of cultural displacement, the discomfort in cultural boundaries, and the uneasiness of interactions between different cultures and classes. Do you think this is an accurate assessment?

Yes, there is a clash of cultures and the influence of one civilization over the other or the confrontation of the two cultures. So that’s one theme, not only just with [our work] but with great writers. If you look at Henry James, E.M. Forster,... [Kazuo] Ishiguro, being Japanese and writing about English culture and the English class system, this kind of a canvas is very fascinating. People move all the time from one place to the other and the culture of one place rubs on to people and something new emerges. So this is a fascinating theme and very poignant today. I think The Golden Bowl is an especially strong film about people coming from America and taking European culture to America and building this American [museum] where all of the art objects are going to be presented to the American public to see what Europe is all about.

You are credited with bringing India into the consciousness of English and American filmgoers. Why did you decide to film the first Merchant Ivory films in India?

Well, I am from India and I wanted to make films in English for the international market in India. So that was really the main thing, and then of course economically it was cheaper to make films in India. At the same time, there were block rupees from American companies and it helped to use this frozen money to make these films. The money had to be used in rupees.

I’ve also heard that you are a gourmet chef. Do you still own part of a restaurant in New York?

No, that was only for a short time but I do plan to open up a restaurant here. I’ve written five books [four of which are cookbooks]. Right now I’m writing a book on India called Ismail Merchant’s India. It will be published at the end of next year. So, I’m keeping myself busy!