Why Tokyo's Two Towers Embody Shift 'From Modern to Postmodern' 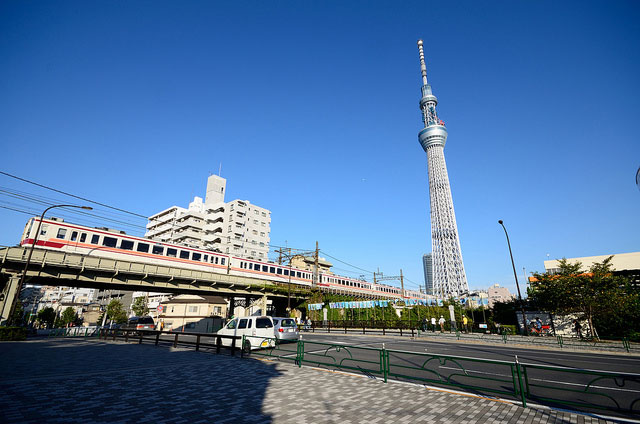 Visitors to the 1964 Tokyo Summer Olympics were greeted by the city's crown jewel: the recently completed 333-meter-high Tokyo Tower. Currently, tourists ogle the 634 meter-high Tokyo Sky Tree — the second-tallest building in the world and the newest symbol of the city. With the 2020 Olympics on the horizon, audiences are becoming familiar with the two towers that will undoubtedly be featured in festivities.

The forerunner to the Sky Tree, Tokyo Tower was the tallest structure in the world when completed in 1958. Fashioned amid the heady pursuit of a sunny future, it became a tourist mecca in a city where population was soaring, infrastructure growing and business booming. Essentially, times were good — and the Tokyo Tower projected Japan's global ascendancy.

But, somehow, Tokyo Tower's urban identity got stuck in the '60s, and sustaining interest among local and international tourists became a problem. After all, with limited shopping and entertainment venues, and no other diversions nearby — after you saw the city views from its deck, what was the point of going again? The once-prized "ultramodern" façade tarnished as newer buildings sprung up throughout the '70s and '80s.

Meanwhile, as the Nikkei Average climbed in the '80s, cracks and fissures in Japan's economic and business models became apparent: the center could not sustain itself. With the death of the emperor — a figure integral to the country's modernization struggle — in 1989, an intangible rift appeared.

It was at this junction that Tokyo Tower reentered the scene. With the economic collapse and then recession, a nostalgia wave was born as people sought reassuring icons of the past. This fad, although lessened somewhat, continues today in the form of nostalgic hot springs, theme parks, diners, movies and other tourist locales. Tokyo Tower remains prime among these — an icon of the future relegated to the past.

In 2012, Tokyo Tower's younger brother joined the city skyline — Tokyo Sky Tree, a structure old by design. Utilizing traditional colors, dynamic lighting techniques, picturesque aesthetics and neighborhood integration, the Sky Tree serves as a culturally sustainable civic and tourism anchor. How? By simply not offering lofty visions of the future (height aside, of course). Rather, its design meets the necessities of 21st-century lifestyle patterns through targeted shopping, entertainment, public facilities such as museums, and a local community gathering spot, to name a few. All of these designs were made to match the cultural practices and patterns of Japan.

The advent of the Sky Tree signals a subtle but meaningful shift. Achieving and subsequently showcasing modernity as mediated by Western standards can no longer be the (only) goal. Rather, at least in Japan's case, reapplying traditions applicable to 21st-century needs creates successful, sustainable and resilient business practices for domestic and international audiences eager to experience something real. The two towers demonstrate the progression from modern to postmodern — a world where the future becomes the past.