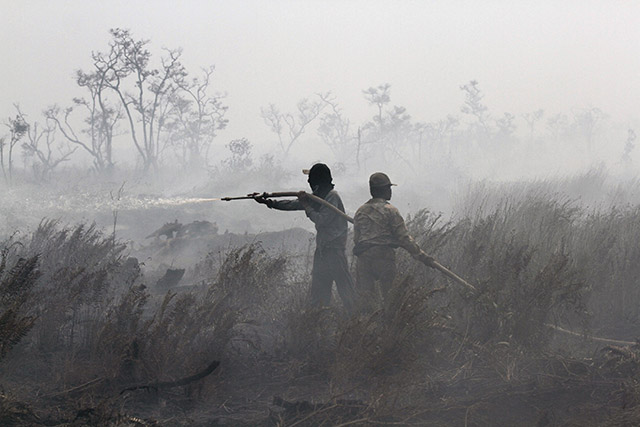 On The Line
Rucha Karkarey and Shreya Yadav | The Caravan

Tajikistan’s state news agency has announced that a planet has been named after the country, “in recognition of contributions made by its scientists to astrophysics and space studies.” The planet is located between Mars and Jupiter, more than 140 million miles from Earth.

In Myanmar, the number of mobile subscribers has increased from 500,000 to over 22 million in just the last five years. This growth has benefited agriculture, health care, and disaster relief in the country, but it has also generated a new set of challenges — many rising from the mass adoption of social media.

Japanese students are protesting in anticipation of Prime Minister Shinzo Abe’s support of of security bills that “reinterpret parts of Japan’s war-renouncing constitution.”

Singapore Aims to Be the First 'Smart Nation'
BloombergBusiness

Singapore Minister for the Environment and Water Resources Vivian Balakrishnan speaks with Bloomberg about the city-state’s “Smart Nation” initiative.

“We cannot be defensive, we cannot future proof ourselves. We have to recognize that the disruption that we see driven by technology, the volatility and change is our friend, is our friend if we are agile and smart enough to take advantage of it.”

246.1 — Japan’s gross government debt as a percent of gross domestic product (GDP), the highest of any advanced country. Standard & Poor’s downgraded its rating on Japanese debt from AA- to A+ earlier this week. [Financial Times]