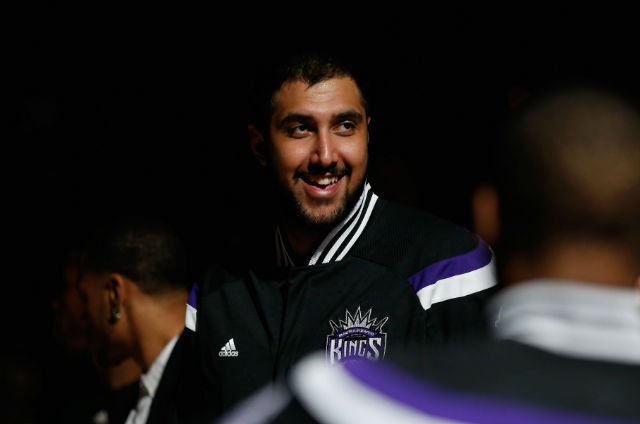 China’s purchase of industrial robots increased by 54% in 2014, a trend fueled by increasing wages and cheaper labor in Southeast Asia. But what happens to the workers who are displaced by robots? And what are the longer implications for China’s working class? Adam Minter analyzes the economic forces at play and the Chinese government’s approach so far.

An eco-city in the Mongolian steppe
Thomas Latschan | Deutsche Welle

This piece looks at a fascinating eco-city project — Maidar City — planned for construction in the middle of the Mongolian steppe, and how it seeks to address larger urban development issues in the country. Mongolia has the lowest population density in the world, and a large proportion of the population is concentrated in Ulan Bator, the capital.

This week, the Sacramento Kings’ Sim Bhullar became the first person of Indian descent to play in an NBA game, soon after signing a 10-day contract on April 2. The 7’5” Canadian-born 22-year-old made brief appearances in games against the Minnesota Timberwolves and the Utah Jazz. What does the “first Indian-origin hoopster” bring to the court? Shahid Judge of the India Express considers.

During the Vietnam War, Laos became “one of the most heavily bombed places on earth.” This article retraces a nine-year American air campaign known as the “Secret War” and follows the work of Lao-American Channapha Khamvongsa, who has spent the last decade campaigning to rid the country of millions of bombs still buried there.

Are the days of Cambodia's cowboys numbered?
May Titthara | Phnom Penh Post

In Cambodia, the wealthy elite face few barriers in bringing firearms with them during a night out. And “when booze and guns mix, the consequences can be tragic,” writes the Phnom Penh Post’s May Titthara, who traces the history of gun ownership in Cambodia, where guns fell into the hands of civilians after the fall of the Khmer Rouge.

Meet four Australian koalas who will be making a new home in Singapore to celebrate 50 years of Australia-Singapore diplomatic relations.

Take a tour of Asia’s largest tulip garden, which opened to the public this week in the northern Indian city of Srinagar, close to the shores of Kashmir’s Dal Lake.

“Leading us forward, a red star on our heads and revolutionary red banners planted either side! ... What kind of costume is that?” — Chinese TV star Bi Fujian, whose improvised lyrics criticizing the late Mao Zedong were caught on camera at a dinner party. [New York Times]