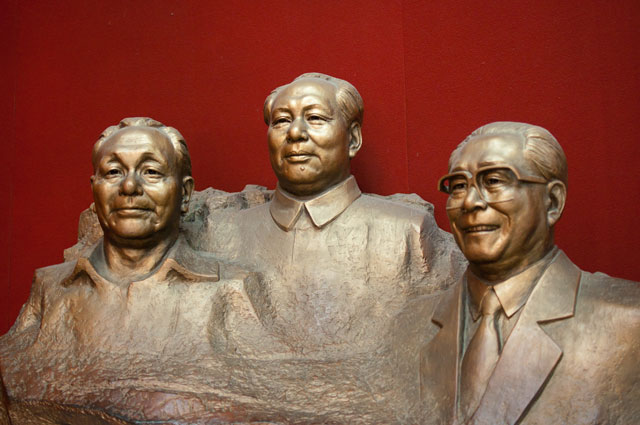 In order to understand the Chinese leadership today and where it's heading, we have to look at where it has been. Writing in Time this week, Asia Society Associate Fellow Jeffrey Wasserstrom tackles the assumption that Xi Jinping will push for reform, looking back at China's leaders over the last three-quarters of a century. In "A Reformist Chinese Leader? Stop Fooling Yourself," Wasserstrom argues that talk of China's new leader being a strong proponent of political reform isn't anything new.

It is not just the crackdown [of human rights campaigner and lawyer Xu Zhiyong] that is depressingly familiar, but also the references to dashed hopes about Xi. When Hu came to power, there was the same cycle of expressions of hope that he would prove more tolerant of dissent and more determined to rein in official corruption than his predecessor, Jiang Zemin, had been, followed soon by stories of that optimism proving unfounded.

Before that, there were hopes that paramount leader Deng Xiaoping would reform the country. Those hopes came to a brutal halt as Deng presided over the crackdown of student protests in Tiananmen Square in 1989. Decades before Deng, there was the Nationalist party leader Chiang Kai-shek, who also "inspired hopes in some quarters that he too would be both a great liberalizer and a great modernizer."

... And he too in turn did things that made many feel they had misread him, as he proved unwilling or unable to rein in corruption and nepotism within the National Party, seemed much readier to tinker with the economy than shift China from a single party to a multiparty state, and showed the same kind of intolerance to an earlier era's dissidents that Xi is showing to civil-society activists now.

Wasserstrom reminds us that while the country has undergone rapid changes since the Nationalist and Mao era, the patterns typified in the past can be felt in today's China.