Vishakha Desai: Will Asia Be One? | Asia Society Skip to main content

Vishakha Desai: Will Asia Be One? 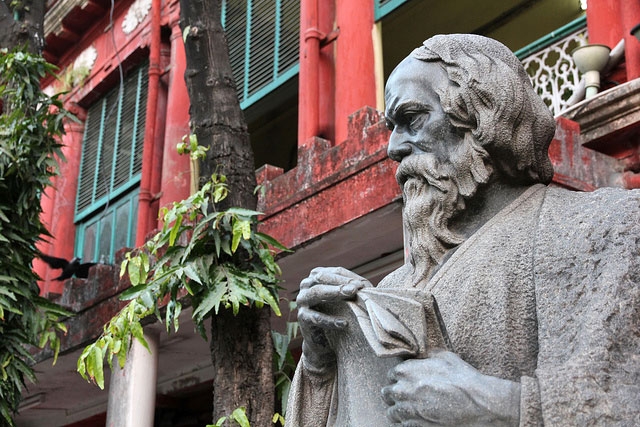 Over a century ago, Okakura Kakuzo, a great Japanese scholar, wrote about creating an "Asian" identity distinct from the Western one. He posited that Asia had the potential to become "one" on the basis of its shared philosophical, religious and cultural heritage. The Indian Nobel Laureate Rabindranath Tagore further elaborated on it and it resulted in a brief period of an "Asian cultural renaissance" with an exchange of artists, intellectuals and academics.

Now, a hundred years later, we have a new possibility of an "Asian" community. This time, it is the geoeconomic and geopolitical factors that are driving the Asian integration. Intra-Asia trade is booming and is among the fastest-growing trade patterns in the world. China has replaced the U.S. as a major trading partner of India and a number of other countries in the region. A plethora of free trade agreements in the region are also facilitating the economic integration of Asia.

At the geopolitical level, there is a great deal of activity as well. Sometimes described as alphabet soup with elaborate acronyms, regional organizations are sprouting with a great deal of frequency. They range from regional ministerial forums to naval defense cooperation between Japan and India.

I was recently in Japan for an India-Japan dialogue and I was surprised to see a solid number of academics and scholars who have developed long-term relationships with their counterparts in each other's country. Similarly, at a conference on Indo-U.S. relations, India's concerted efforts to reach out to countries such as Vietnam, Myanmar and Indonesia for sustained strategic dialogues was very evident.

For those of us who were taken with the Okakura-Tagore idea of Asian-ness in a cultural and philosophical sense, these new developments should be a cause for celebration. We now have the possibility of creating an Asian community. At the beginning of the last century, it was clear that without economic and political engagement, the idea of Asia could not ever come to pass. Indeed, in the latter part of the 20th century, it was fashionable to critique the very idea of an Asia with shared values or practices.

It is fair to say that even now, there are economic and political connections that are being forged among Asian countries, but this does not make a "community." In fact, what is missing is the cultural connection among peoples of Asia. Flights between Asian cities are still limited. Education materials or curriculum components about each other's countries are still largely missing. Even at the higher education level, there is a serious dearth of scholars who specialize in other Asian countries.

It is time to connect the philosophical underpinnings of Asian-ness articulated by Okakura and Tagore with the economic and political developments so that we can begin in earnest to build an Asian community.