Video: Behind the Scenes with Jazz Musician Vijay Iyer 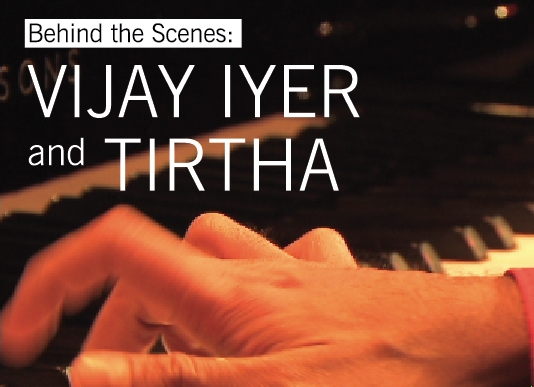 Acclaimed Indian American pianist and composer Vijay Iyer was on track to become a scientist when, at age 20, he decided a career in music might be a possibility. But for Iyer, growing as an artist meant connecting with his South Asian roots — ones that hadn't been a big part of his life until then.

"As part of the idea of becoming, say, a composer, and somebody who had some sort of creative perspective on the world, I wanted that somehow to be a carrier of my own identity and that meant looking into my heritage a bit more seriously," Iyer said at the launch of his new trio and album — both named Tirtha — at the Asia Society in New York in April.

Together with Chennai-born guitarist-composer Prasanna and Hyderabad native and tabla player Nitin Mitta, Iyer brought to the Asia Society audience a deeply personal organic synthesis of South Asian soundscapes. He shares his personal journey in the candid video below.

Vijay Iyer's Past Appearances at Asia Society:
In What Language? A Song Cycle of Lives in Transit
Redefining 'Mainstream' for the 21st Century