Video: 5 Areas of Change to Look for Under China's New Leadership 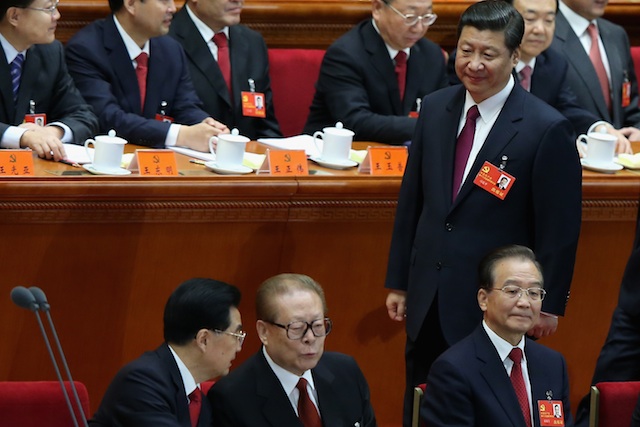 China's 18th National Congress began Thursday in Beijing, the result of which will be a change of leadership at the top of the Communist Party. Little is known about how these once-a-decade decisons are made — most of the details a hammered out behind closed doors — but, says Hamid Biglari, head of emerging markets at Citicorp, the challenges this next generation of leaders will face are no mystery.

"I think that this generation of Chinese leadership is very pragmatic and they look for solutions as opposed to getting bogged down in ideological issues," said Biglari.

In the video embedded below, Biglari lays out five areas of focus for Chinese leaders over the next decade.

Financial reform is at the top of the list. "No economy that I’m aware of has become a global power without having a world class financial system, and that requires liberalization," Biglari said.

The video is part of a series of interviews we have conducted with the help of our friends at ChinaFile that takes a look at China's leadership transition from a variety of viewpoints.

A complete transcript of the video can be found below in italics. Be on the lookout for more interviews in the coming days, and for all Asia Society coverage of the transition please click here.

If there were two characteristics that I would pick to describe the current generation of China’s leadership, they would be pragmatism and patience.

Patience, in the sense that, cultures that have existed for thousands of years, be they Chinese or Indian or Persian or Egyptian, basically operate on a much different scale. They believe that history is on their side. There’s a deliberate pace to change and an expectation of dramatic change is just unrealistic. The Chinese have been successful in taking advantage of the changes that have happened around them by focusing very specifically on their five-year-plans over extended period of time to dramatically grow over the last 30 years. So patience is a very important attribute.

Pragmatism, in the sense that, I think that this generation of Chinese leadership is very pragmatic and they look for solutions as opposed to getting bogged down in ideological issues. There are always, on both sides, factions who tend to take a more extreme position. But my sense of Chinese leadership is that they look for a balance, and the word balance is very important in terms of their deliberation, in terms of consensus driven decision making, in terms of making sure things don’t go too far out of kilter in arriving at decisions.

China obvioiusly has come a long way. In terms of the next decade, there are five areas that one can reasonably expect to see change.

The first is financial reform, and that is allowing the intermediation system to bring together savers and borrowers of money much more efficiently than exist today. That will require liberalizing the banking system allowing for more competition and that in turn will result in a much more efficient economy. No economy that I’m aware of has become a global power without having a world class financial system, and that requires liberalization.

The second area is economic reform and that is largely a rebalancing of China’s growth model which heretofore has been one driven by exports to one driven by stimulating domestic consumption and that’s going to take some time, because you can’t take a supertanker and turn it rapidly around.

The third area of change is going to be privatization. The state-owned enterprises, many are not as efficient as they could be and the time really has come for privatizing these institutions, allowing more competition, and as a result, these institutions could get far stronger than they are today.

The fourth area is price reform. There is still significant control of different prices by the government. Allowing market forces to set prices will result in a more efficient economy.

And the last area is social reform, and that is an area that is going to require care. The Chinese view of social stability is different from the wWestern view of social stability and they’ll have to tackle it in a way that fits with Chinese culture and Chinese view. It’s not that a Western orientation is necessarily going to be the way that they will go, and I don’t think that the current generation of Chinese leadership wants to see that happen. They would like to see change happen on a scale that is more controllable. So those are the five areas that I see the new generation of leadership focusing on.