Table for Two: How Japan is Eating Healthy to Help Children in Africa Eat Enough 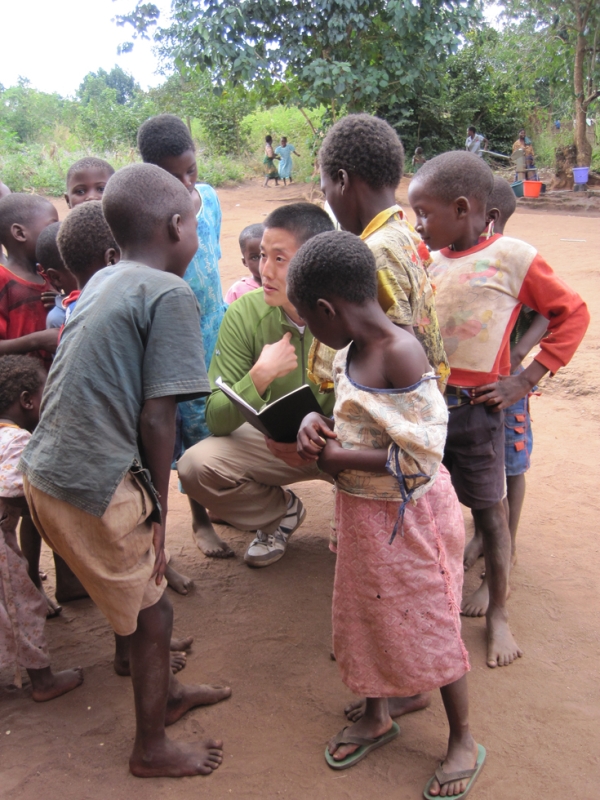 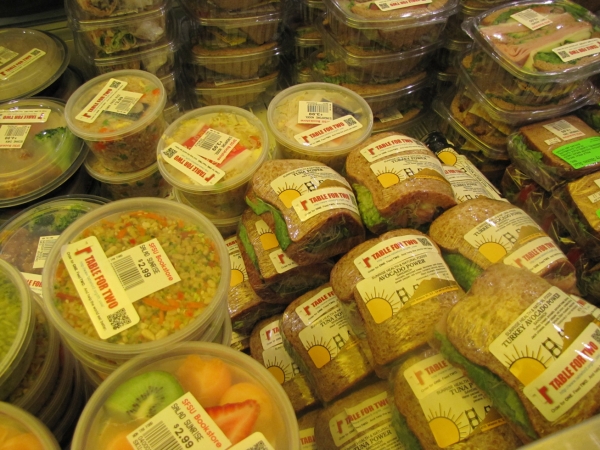 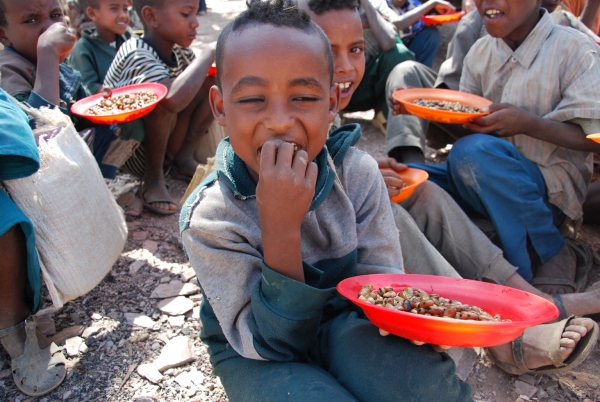 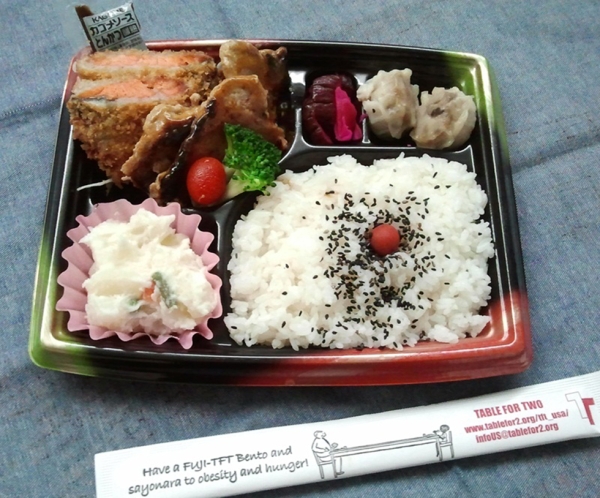 In Japan, your boss can legally tell you to lose weight. Though Japan has the lowest obesity rates in the developed world, it implemented the "metabo law" in 2008 to address rising obesity in the country, penalizing corporations if more than 10 percent of their employees have a waist size of over 33.5 inches for men and 35.4 inches for women.

This law partly explains the success of the Japanese NGO Table for Two, which is currently expanding all over the world.

Table for Two tackles obesity and malnutrition at the same time by "transferring" our excess calories to those who actually need them. They do this by partnering with corporations to provide healthy, lean meals in cafeterias, restaurants, vending machines and now food trucks at an extra $.25 or 20 yen, which is donated to local organizations in Africa that provide meals to children.

Asia Blog spoke with the organization's American co-president, Fumitsugu Tosu, who is helping Table for Two expand in the United States. Tosu explains the differences in how Table for Two operates in Japan, the U.S. and in its newest location, Hong Kong.

Where did the idea for Table for Two come from?

The idea originated in 2006 at a World Economic Forum conference with a group of Young Global Leaders (YGLs). There was a session where one group was trying to address obesity- and lifestyle-related diseases and another group was trying to tackle malnutrition. Four or five Japanese YGLs saw the opportunity to tie these issues together. Masa Kogure, the founder and Executive Director, created Table for Two in Japan in 2007.

When did the concept of Table for Two catch on in Japan?

I heard the first year, 2007, was tough. Although it is changing, the nonprofit sector in Japan is underdeveloped and not very well-recognized among the general public. When Japanese people think of nonprofits, the first thing that comes to mind is volunteers working for free, trying to do good. People in Japan were originally suspicious about the organization and where the money was going. Once Table for Two got its first few partners and the 'metabo law’ was instituted in 2008, it really took off.

Is the idea for Table for Two advertised in Japan the same way as it is in the U.S.?

It is and it isn't. In the U.S., I think we put more emphasis on the obesity issue because it's a bigger problem here and it's what makes our program stand out from all the other nonprofits and charities that work on hunger-related issues. In Japan, while the mission and slogans are the same, I think the emphasis — at least in terms of impact — is more on the hunger side.

Do you have a sense of why there isn't really an NGO culture in Japan yet?

There are fewer NGOs — or successful NGOs, at least — in Japan. The challenges for Table for Two in Japan had more to do with the novelty of the idea rather than competition. While the NGO culture is growing, it's defintely nowhere near the U.S. level. Have you ever heard of successful Japanese NGOs?

Exactly. Most of the successful NGOs in Japan are just branches of Western NGOs.

How has Jeffrey Sachs, the world-renowned economist, been involved in Table for Two?

Professor Sachs spoke at Columbia for our official U.S. launch in 2010. He's now one of our advisers.

How did Table for Two initially decide to operate in the U.S.?

It was a natural choice. The need is huge, with the high rates of obesity and other health issues related to overconsumption. There is also a large market here, and a lot of potential for growth as well as impact.

What are some of the challenges of the U.S. market that you didn't face in Japan?

The biggest, most obvious challenge is the fact that there are so many nonprofits, charities, and social enterprises in the U.S. Often when we speak with the corporate social responsibility (CSR) team at a corporation, they ask us why they should choose Table for Two and not the 20 other nonprofits that have approached them.

Another challenge is just the sheer geographic size of the U.S. In Japan, a large percentage of Table for Two's partners are situated in and around Tokyo. There is an association of about 100 universities that participate in Table for Two in Japan and many of them meet in Tokyo every month to collaborate and hold events. We can't do this in the U.S. For example, Table for Two is now in New York, San Francisco, Los Angeles, Washington, D.C. and San Diego, but I rarely see the people in San Diego or San Francisco. We try to adapt by having a decentralized model, with an electronic "Starter Kit" that people anywhere in the U.S. can use to launch their own Table for Two program or chapter.

What are some of Table for Two's new developments in the U.S.?

We are launching our first Table for Two vending machines at a corporation in New York in early May. We are partnering with a vending operator to have about a third of their products be healthier alternatives. We aren't getting those who eat Doritos to start eating apples but rather to switch to similar but healthier alternatives. A green dot will identify the healthy Table for Two products. We are also looking to launch Table for Two food trucks. It will be the first social contribution truck in New York. As long as we stick to our mission and the basic model, there are endless opportunities.

In Japan, for example, they have Futsal For Two. University students play a soccer match, burn calories, and translate the burned calories in the form of donations. The Cup for Two initiative offers healthy drinks in vending machines. Finally, Farm for Two works with local farmers to produce healthy vegetables with a portion of the sales donated.

Where else has Table for Two expanded besides the U.S.?

Table for Two is now in 13 countries on "this side" of the imaginary table. In just the past few months we launched in Hong Kong, Italy, Norway and France. Hong Kong in particular has grown rapidly, launching this past November and now has over 30 partnering restaurants and 100 outlets.

Each country does things differently. For example, in Hong Kong, since normally when people eat Chinese food they share an array of dishes, the donations are often set per person and not per Table for Two dish.