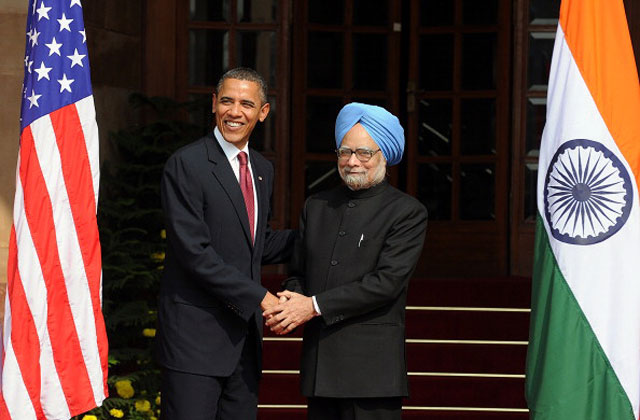 As China and the United States circle each other in Asia, the region's responses have been diverse. They are united though by one common thread — the Asian powers will not simply submit themselves to the discipline of a bipolar framework. That Asia's large nations want a say in the future regional order is not surprising. Consider the Cold War era, when Asia was very weak and a theater in the global rivalry between America and the Soviet Union. Yet the region, unlike Europe, would not accept the regimen of the Cold War.

China switched from a treaty-alliance with the Soviet Union in the 1950s to a strategic entente with Washington during the 1970s and 1980s. It later proclaimed an independent foreign policy and is now seen as threatening the U.S. primacy in Asia. India emphasized non-alignment, but drew closer to the Soviet Union in the 1970s and 1980s and has warmed to America since the end of the Cold War. Many others, like Indonesia, refused to join the U.S. military alliances or support Soviet proposals for collective security in the region.

Today Asia is much stronger. Washington and Beijing will find it quite hard to shoe-horn Asia's nations into easy categories of allies and adversaries. Whether America and China collude or confront each other, many in Asia will resist accepting the rules set by the two powers. After all, Asia is home to many large states that are wedded to nationalism and zealously guard their freedom of foreign policy action.

Nevertheless, the Asian powers have to cope with at least five competing strategic imperatives today. One, most Asian nations see their economic future and prosperity in greater regional integration. Two, while all Asians see China's massive economy as the engine of regional growth, many of them are increasingly worried that Beijing's rise may not be peaceful. Three, while there is great interest in having the United States balance China's power in Asia, few want to be caught in the potential cross-fire between the two. Four, even those who are formal allies of the United States are increasingly concerned that an America on a course of relative decline may not be able to sustain its alliance commitments to its Asian partners. Finally, some are concerned that a weaker United States might be sorely tempted to accommodate China's rise at the expense of the rest of Asia.

These contradictory thoughts are at the very heart of India's response to China's rise and the American pivot to Asia. As the third largest economy in Asia and the fourth biggest spender on defense, India indeed has the potential to contribute to the construction of a new order in Asia. This Indian role as a shaper of the regional balance is recognized by both Washington and Beijing. While U.S. officials have often called India the "lynchpin" of the American pivot to Asia, Chinese leaders insist that Beijing is no threat to Delhi and are reaching out to India.

In reacting cautiously to the new tensions between the U.S. and China, India has neither endorsed the U.S. pivot to Asia nor criticized it. Its focus is on deepening engagement with both Washington and Beijing while retaining the much vaunted "strategic autonomy." Is this prudent approach sustainable? Or might it lead to falling between two stools? To understand where India is headed, one must recall briefly the complex story of India's relations with both China and the United States.

Delhi's relations with Beijing have been marred by a host of unresolved bilateral disputes since they became neighbors in the middle of the 20th century and through an unending competition for regional influence. It is only recently that the difficulties in the relationship have been tempered by growing economic engagement. India has not had a direct conflict of interest with the United States during the Cold War, but the two have had deep differences on global and regional issues that could not be mitigated by a weak bilateral engagement. And it is only over the last decade that Delhi's ties with the United States have begun to warm and acquire some density.

Like everyone else in Asia, India wants to benefit from China’s economic growth but would also like to limit the prospects for Beijing's dominance of the region. India is acutely conscious of the growing strategic gap between itself and China — Beijing's current GDP is nearly four times that of India and its defense expenditure is three times as large. As China continues to rise much faster than India, Delhi can only bridge the gap with Beijing with a policy that combines internal and external balancing. An alliance with Washington, then, would seem natural for Delhi. That logic, however, is constrained by a strong political tradition that emphasizes non-alignment and strategic autonomy.

Today, India is also concerned about the inconstancy of American policy toward China, and the fiscal and political sustainability of the pivot to Asia in Washington. Delhi is acutely aware of the dangers of a potential Sino-U.S. rapprochement that could leave India exposed. India therefore seeks simultaneous expansion of security cooperation with the United States and deeper political engagement with Beijing as part of an effort to insulate itself against the twists and turns in the U.S.-China relationship. During the Cold War, India promoted Asian solidarity and non-alignment. As it now copes with the rise of great power in its vicinity, India needs to do something different: mobilize Asia's middle powers who have a stake in actively shaping the Sino-U.S. relationship rather than simply be shaped by it.

C. Raja Mohan, author of Samudra Manthan: Sino-Indian Rivalry in the Indo-Pacific, heads the Strategic Studies Program at the Observer Research Foundation, New Delhi. He is a member of Asia Society’s Advisory Group on U.S. Policy toward South Asia.