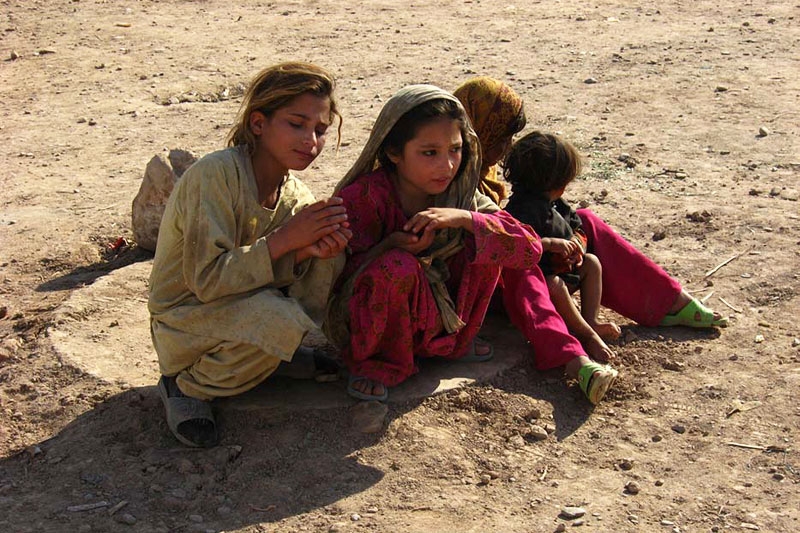 Everyone has a 9/11 story — where they were, who they were with, how they felt when they watched the planes hit the Twin Towers. When I look back at that time, I remember the stories that flooded international news: brave firefighters, the resilience of New York and the cunning face of a certain Osama bin Laden. It was a bizarre moment in history; the international community banded together in an unprecedented brotherhood that was based on mutual fear that no one was safe anymore.

Now, as we commemorate the tenth anniversary of the September 11th attacks, it seems an appropriate time to look back and see how the world has recovered, retaliated, remembered — and in the case of Pakistan, continues to be haunted by the events of that day.

In 2009, while shooting in Pakistan for Children of the Taliban, I had the opportunity to speak with children who had grown up in a post-9/11 world. Firsthand victims of the war, these children were raised in a vacuum of hate and their experiences with violence had altered their lives in devastating ways. In a refugee camp on the outskirts of Peshawar, I met two young boys who were the best of friends and were often seen holding hands and talking emphatically with each other. Once I began speaking with them, I found that one boy wanted to grow up and join the army while the other wanted to join the Taliban and engage in jihad. When I asked them what they would do if they ever had to face each other in battle they told me they would fight each other irrespective of their friendship. It seemed sentiments raised in the now-infamous "With us or against us" speech by former President George W. Bush were being channeled effortlessly by children who had grown up never knowing a day of peace.

Such instances illustrate the impact that the war on terror has had all over the world: there have been over 250,000 casualties in 9/11-related conflict, which is an astounding 8000-fold increase since the initial attack on the United States. Pakistan in particular finds itself in the throes of a war that has deeply impacted the safety of its citizens. Between January and July 2011, there was a bomb blast in Pakistan every 12 hours, and such violence, coupled with an increasingly polarized population, has caused widespread concern about the volatile situation in Pakistan and the effect it will have on the entire South Asian region.

Pakistan appears to be suffering from an acute case of schizophrenia; today's tragedy becomes yesterday's news and life continues in the fragmented way that our citizens have grown accustomed to. Pakistanis are becoming increasingly frustrated with a broken political system, a severely compromised military and the perpetual fear of the next looming terrorist attack. As an investigative journalist and documentary film maker, I find it easy to be overwhelmed by the weight of Pakistan's narrative, yet I strongly believe that in times of crisis it is imperative to pay equal attention to accounts of compassion and community.

Today, Pakistanis speak of brave ambulance drivers who run in to collapsing buildings to search for survivors, and families that have taken in strangers when suicide blasts have wiped out entire communities. As we look back at 9/11 and then consequently look forward, I hope that the world is able to focus on these stories — and that on September 11th 2021, these are the records that we recall.

Sharmeen Obaid-Chinoy is an Oscar and Emmy winning journalist and filmmaker from Pakistan. She is an Asia Society Asia 21 Fellow.
@sharmeenochinoy