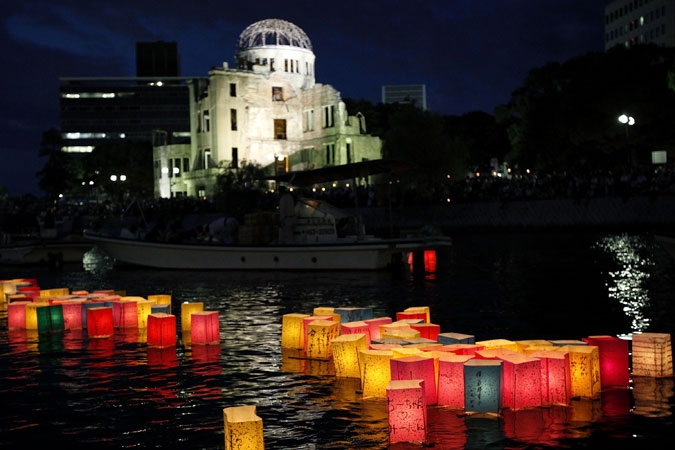 Today marks the sixty-fifth anniversary of America's atomic bombing of Hiroshima, Japan during World War II. When the bomb was dropped, it changed the world forever, killing approximately 140,000 people.

For the first time, an American delegate attended the Hiroshima memorial ceremony, a decision largely welcomed by Tokyo. US Ambassador John Roos honored the victims of the bombing and raised hopes that president Barack Obama will visit the city when he attends a meeting of Apec leaders in Japan in November.

Some of the 55,000 people attending today's ceremony made symbolic offerings of water to the victims, as many had complained of thirst as they lay dying, while schoolchildren read out messages of peace. A single bell tolled as the city's people fell silent at 8:15am, the exact time "Little Boy" detonated.

LIFE.com has released never before seen images from the bombings of those cities in the wake of the bombs being dropped. To view the images, click here.