Poll: Who Was Asia's Person of the Year in 2012? | Asia Society Skip to main content 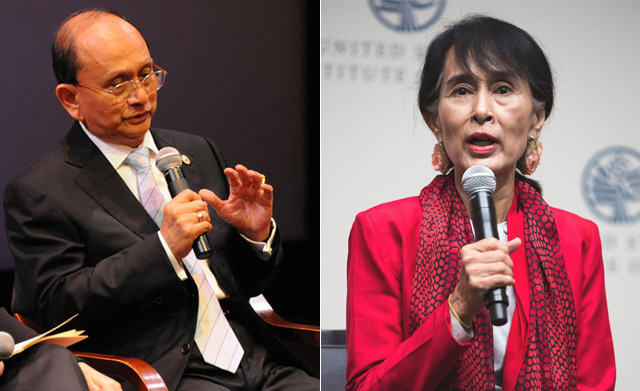 Who grabbed the headlines in Asia in 2012? What Asia-related people made waves? Who, for better or worse, had the biggest impact during the past calendar year?

We want you to tell us — please vote below in 2012's version of our (unscientific and unofficial) reader poll for Asia's Person of the Year.

For 2012 we have selected 12 nominees from all walks of life, and you can read their descriptions below. Now, we are well aware that Asia is a huge place, filled with billions of people. Undoubtedly many deserving names failed to make this list (including newly anointed leaders like Xi Jinping, Shinzo Abe and Park Geun-hye — we figured we'd check back in on them next December).

This is why you are welcome to write-in your own candidates, as well. We encourage you to do so.

Last year's runaway winner, Aung San Suu Kyi, is nominated once again this year. Can she repeat? It's up to you. Place your vote below!

NOTE: You may vote once a day. IP addresses will be tracked in an attempt to ensure fairness. Ballot stuffing will not be tolerated.

Aung San Suu Kyi (Myanmar)
After years of house arrest, the charismatic Nobel laureate is no longer a silenced dissident, but a newly elected legislator in Myanmar’s fledgling civilian government. "We have crossed the first hurdle but there are many more hurdles to cross,” she told an audience at Asia Society this fall in her first visit to the United States in several decades.

Bo Xilai (China)
The spectacular downfall in February of the former mayor of Chongqing (and Politburo Standing Committee favorite) not only made for a sensational scandal that included spying, mistresses, and murder, but revealed bitter rivalries in the upper echelons of Chinese party leadership that dominated discussions of China’s once-in-a-decade leadership transition.

Chen Guangcheng (China)
With the world watching, the blind human rights activist lawyer’s harrowing escape from house arrest this April put the heat on both the United States and China to come to an acceptable agreement regarding his fate. Although Chen is now in the United States, his nephew's recent conviction has people wondering whether anything has changed.

Aamir Khan (India)
Aamir Khan is India’s superstar with a conscience. In addition to starring in a massive Indian blockbuster movie this year, his series of TV programs on social and development issues in India called Satyamev Jayate (“In truth there is victory”) has created quite a stir in India by shining a light on issues such as medical malpractice and domestic violence.

Imran Khan (Pakistan)
Former cricket star Imran Khan is shaking up Pakistan’s political system with his bid for Prime Minister on the ticket of Tehrik-e-Insaf, the political party he created in 1996, which runs on a platform of anti-corruption policies. Although he is leading in opinion polls, it is not expected that he will be elected by the National Assembly.

Kim Jong Un (North Korea)
When North Korea’s former dictator Kim Jong Il died unexpectedly last December, the regime’s notorious secrecy led journalists to search for any clues they could find regarding his heir’s agenda. While Kim Jong Un may differ from his father in style, his orders this year to launch a rocket and, most recently, a satellite show that belligerence may not have skipped a generation.

Jeremy Lin (United States)
“Linsanity” became a worldwide phenomenon this year when the little-known basketball player from Harvard unexpectedly led a winning streak for the New York Knicks, causing his promotion to the starting lineup. As one of few Asian-American NBA players, his success spurred some controversial media coverage and also attracted the admiration of Chinese audiences, quick to call this Taiwanese-American one of their own.

Mo Yan (China)
The first Chinese citizen to win the Nobel Prize in Literature, Mo Yan has inadvertently stirred up a great deal of controversy not for the content of his writing, but for his statements regarding censorship in China. His selection has sparked an intense discussion about China’s place in the international community and the complicated relationship between literature and politics.

Psy (South Korea)
The creator of the satirical song that sparked thousands of parodies, Korean pop star Psy has become an international sensation for his ubiquitous music video “Gangnam Style,” despite most of the world not being able to understand the song's Korean lyrics. Although conservative pundits used a past Psy performance to criticize President Obama for inviting the artist to the White House, his popularity appears to be only on the rise.

Vinod Rai (India)
India’s Comptroller and Auditor General continued to make political waves this year in his fight against government corruption. He gained notoriety in 2011 for blowing the whistle on government cronyism with mobile phone companies, and this year sparked another huge corruption debate after targeting the government’s allocation of coal blocks.

Thein Sein (Myanmar)
Myanmar’s current president (and former military commander) could have simply continued the oppressive rule of the country's military junta that had been in power since 1988, but his unprecedented reforms, including the creation of a civil government, were accompanied by the rapid improvement of diplomatic relations with the United States this year and have sparked hope for the country’s long-suffering people.

Malala Yousafzai (Pakistan)
On October 9 in Pakistan's Swat Valley, a Taliban assassin climbed onto a school bus and shot 15-year old student activist Malala Yousafzai in the head. The reason: She advocated that girls should be able to attend school. Although the Taliban intended to silence Yousafzai, who survived the attack, the international outcry since has only made her voice — and those of the girls she fights for — louder.

What do you think of these nominees? Tell us in a comment.

Liz Flora contributed to this report.