Explainer: The Political Crisis in Pakistan 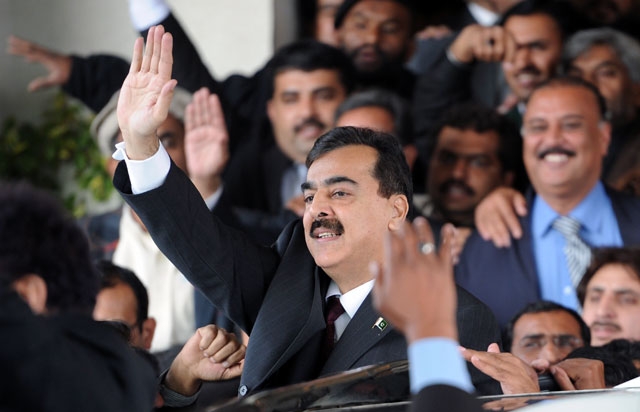 Last week, Pakistan's Supreme Court initiated proceedings to hold Prime Minister Yousuf Raza Gilani in contempt of court in connection with the government’s refusal to pursue a Swiss money-laundering investigation against President Asif Ali Zardari. Appearing before a seven-judge panel, Gilani insisted that the president held "complete immunity," which exempts Zardari from being charged with a crime while holding office. If he is found guilty, Gilani faces a possible six-month jail term. His lawyers are expected to present his defense on February 1.

Meanwhile, a court investigation is underway into the so-called "memogate" scandal involving a document allegedly facilitated by Pakistan's former Ambassador to the United States Hussain Haqqani, requesting U.S. support in averting a military coup. The outcome, expected by the end of February, potentially poses yet another threat to President Zardari. The political turmoil that the controversy has fomented, coupled with public displays of animosity between the civilian government and military leaders, initially led some to conclude that a coup was in the works. Some experts, however, believe that a coup looks unlikely, as the military appears to have at its disposal plenty of tools to weaken Zardari.

If the military is moving to reassert its power over the civilian government in the face of perceived U.S. violations of Pakistani sovereignty —including the drone strike misadventure that killed over two dozen Pakistani soldiers in November 2011 and the unannounced operation to assassinate Osama bin Laden in May 2011 — it could not have picked a better time. Public ire over weak economic growth, fuel shortages, electricity outages, persistent inflation, and rampant government corruption has put tremendous pressure on the country's leaders.

At the same time, the third-party option emerging in Tehrik-i-Insaaf (PTI) and its leader Imran Khan appears to be providing a vent for popular frustration. Khan, who says he has "always been anti-the American war on terror," has taken on a populist stance that has fared well with crowds. Apart from railing against America's "insane" war, Khan has taken up the anti-corruption cause to the delight of many upset citizens.

As if the country's multiple political scandals weren’t enough, the Pakistani economy continues its downward spiral. Last week the Central Bank announced that foreign direct investment and portfolio investment fell 64 percent year on year over the last six months of 2011. As Europe’s demand for exports has plummeted, Pakistan's trade deficit has grown.

What to watch for

The upcoming senate elections are a key issue. As the senate is chosen by provincial assemblies which are currently stacked with Pakistan Peoples Party (PPP) supporters, opposition forces prefer that a general election — during which the provincial assembly seats are up for grabs — be held as soon as possible to prevent a PPP majority in Parliament’s upper house. So far, the government has only informally agreed to bump the general election up to October 2012 (originally scheduled for February 2013), a move that does little to prevent the emergence of a PPP-dominated senate in March.

Add to all of this General Pervez Musharraf's possible return — although the date of the trip remains in question due to security concerns — and it will be difficult to predict how things will develop in the next few weeks.

Three upcoming dates are worth watching: