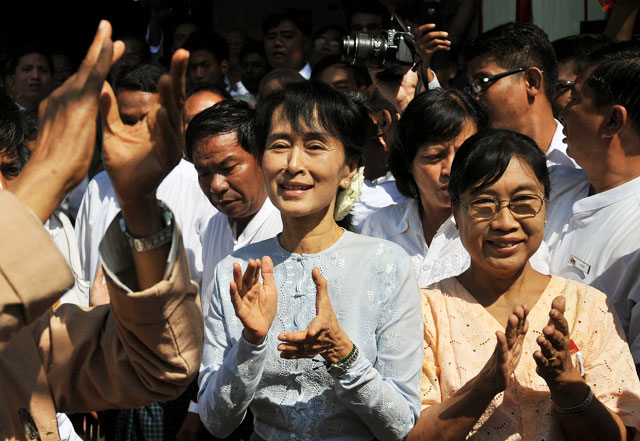 The people have spoken and the votes are in. We finally have the results for our Asia's Person of the Year 2011 poll.

A few weeks ago, we asked you to vote for the individual who has had the most impact in Asia last year from a list of 13 contenders from across Asia. Burma/Myanmar's leading pro-democracy opposition leader Aung San Suu Kyi won with about 66% of the votes, the Japanese rescue crews came in second with nearly 10% votes and the Chinese dissident artist Ai Weiwei followed in third place with 7.5% of the votes.

Up until the last two days of voting, the Japanese rescue crews were leading the poll before Aung San Suu Kyi overtook them with an astounding 522 votes.

Coincidentally, Aung San Suu Kyi is also being honored with Asia Society's Global Vision Award at the 2011 Awards Dinner Wednesday night. The Global Vision Awards are presented to outstanding leaders who have demonstrated vision, creativity and strength in their respective fields. While Aung San Suu Kyi won't be present at the Awards Dinner, she will make her acceptance speech through a video message which you can find at Asia Blog tomorrow night.