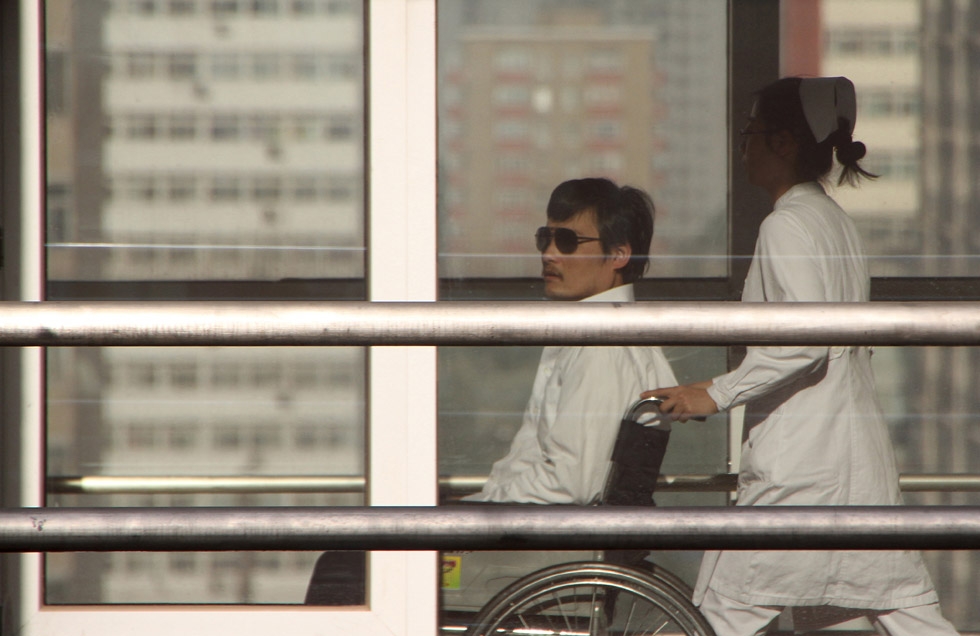 Winston Lord, the U.S.’s Ambassador to China from 1985 to 1989, remembers a time when Chinese reformers and dissidents regularly came to the embassy in Beijing. That situation has changed drastically in ensuing decades, with the Chinese government keeping a tighter rein on activists such as Chen Guangcheng, who escaped to the U.S. Embassy in Beijing before being reportedly returned to Chinese hands.

Lord, who is also a former U.S. Assistant Secretary of State, says even in the worst case scenario U.S.-China relations will endure the outcome of the ongoing Chen saga as it has past crises.

How would you assess the U.S. State Department’s handling of the Chen case thus far?

Obviously we’re in a very fluid and murky situation and I think that everyone should keep two points in mind. First, the Chinese are the bad guys here. Secondly, let’s let the administration try to solve this problem without jumping to conclusions. We can all indulge in post-mortems and critiques once this is finished, but right now we don’t know what’s going on and how it has been handled.

What do you think about Chen’s chances of continuing his activism now that he is back in Chinese hands?

Look, I’m not wildly optimistic given the Chinese track record and their current state of insecurity and toughness at home. Having said that I think it’s very premature to give up hope. I would note that they brought Chen’s family together and that they engaged in unprecedented negotiations for this deal. That does not give us any assurances for the future. But clearly the administration would do absolutely everything it can to solve this problem.

Can you recall any similar experiences during your time as ambassador when a political dissident appeared on the doorstep of the U.S. Embassy?

When I was serving in China there was more freedom of discussion and contact with dissidents than there is today. China has gone backward in this respect. I, my wife, and our embassy personnel were in constant contact with reformers and dissidents. We had many at our residence at a regular basis during my tenure (Nov. 1985 to April 1989). I left the day after demonstrations in Tiananmen Square started and the day of Hu Yaobang’s funeral. It was a coincidence of timing. I’m sure the embassy, and embassies since then, try as best they can to stay in touch with reformers, and there may be more contact than I’m aware of. I just know it has gotten much more difficult.

I think the current situation is due to the overwhelming instinct of the Communist Party to maintain control. I think it’s Gorbachev’s experience, I think it’s fear of the Arab Spring and of the social media.

Chen’s escape coincided with a high-profile visit by Hillary Clinton to China. In your experience, how much do you think such a public visit would have influenced the U.S.’s handling of the Chen situation?

Obviously such a high-level and important visit enters into the calculation on this. But my reading of the administration is that they felt that the Chinese had a tremendous self-interest in the strategic dialogue going well as well as the Americans, and therefore that the best bet to get a deal was to move quickly so that both sides could get this issue out of the way before the high-level meetings. So this would be positive reasoning for trying to move quickly on this issue. Otherwise it would hang over the talks and probably drag on for a long period rather than being resolved.

Do you think China’s current geopolitical clout makes the U.S. more reluctant to harbor a dissident such as Chen?

What effect, if any, do you think this incident will have on U.S.-China relations?

The only honest answer is it’s too early to tell. If it goes badly it could have a major impact in a negative way. Even then I would point out that we’ve had the Taiwan missile crisis, airplane collisions, and a bombing of a Chinese embassy, and the two sides always get back on track.