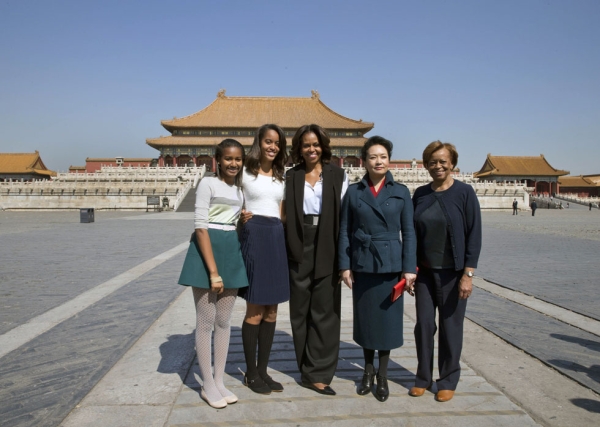 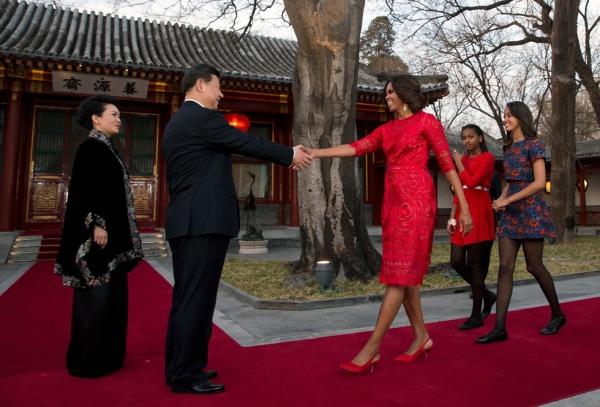 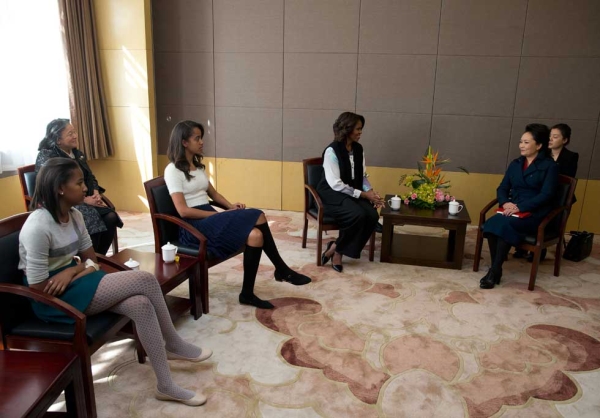 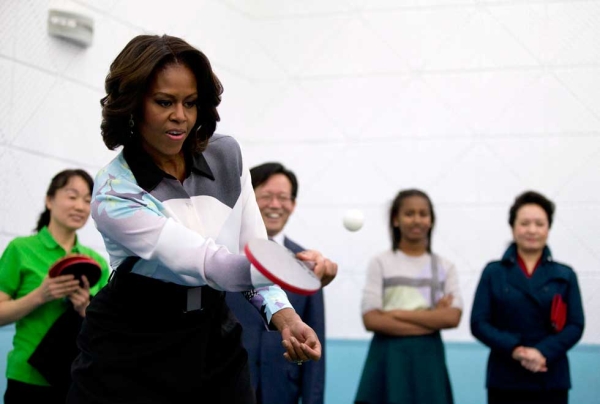 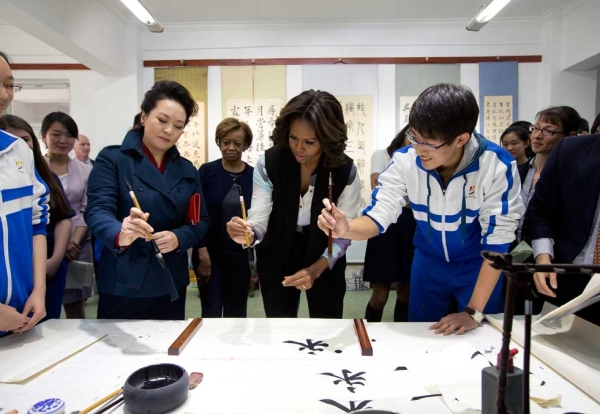 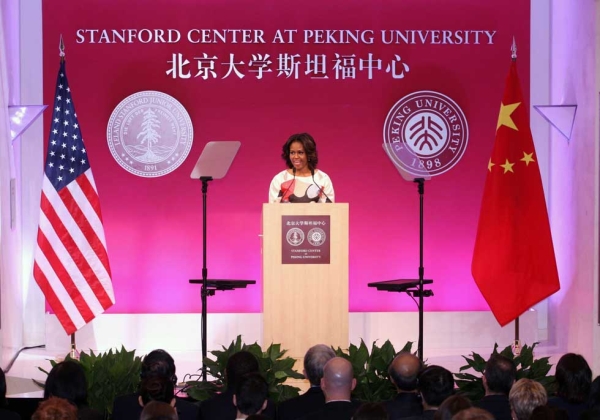 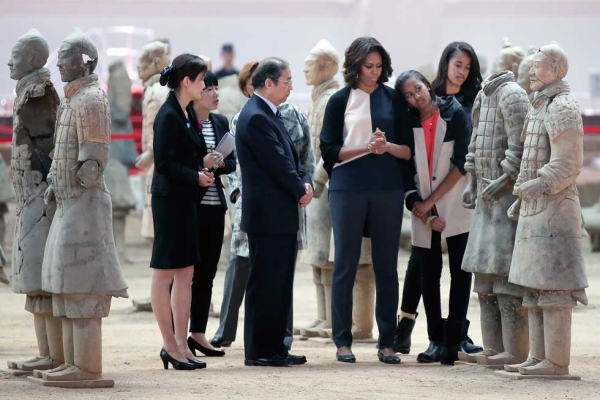 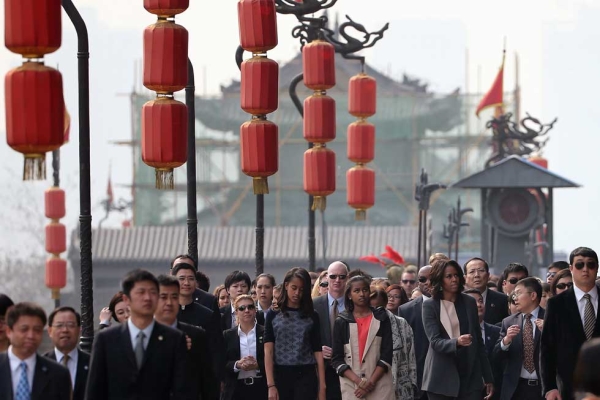 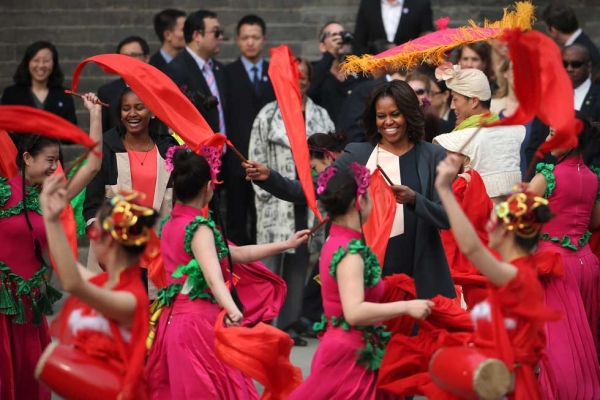 U.S. First Lady Michelle Obama is in the midst of a week-long trip to China, where she is accompanied by her daughters Sasha and Malia and her mother Marian Robinson. The family arrived in Beijing on Thursday, March 20 and spent several days visiting sites like the Forbidden City and the prestigious Beijing Normal School before moving on to the interior cities of Xi'an and Chengdu. See the slideshow, above, for highlights of the Obamas' itinerary to date.

The visit has been positioned as a non-political good-will effort to improve Sino-U.S. relations. In an initial blog post prior to her departure, for instance, the First Lady announced she saw the trip as an opportunity to highlight "the power and importance of education." On Saturday, however, Obama used her talk to students at the Stanford University complex at Peking University to extol the merits of freedom of speech, delivering an unmistakable message to her hosts.

Is it realistic to think that Michelle Obama's playing ping-pong and taking a calligraphy lesson can help mend relations between the United States and China? A recent conversation on Asia Blog's sister site ChinaFile broaches this and related questions. Arthur Ross Director of Asia Society's Center on U.S.-China Relations Orville Schell suggests that

The First Lady's visit could end up being a very sage prelude to the next official meeting between the American and Chinese presidents in the Hague on March 24-25.

However, Schell immediately adds a word of caution:

... we should be realistic. Michelle Obama's trip is only a gesture, albeit an important one.