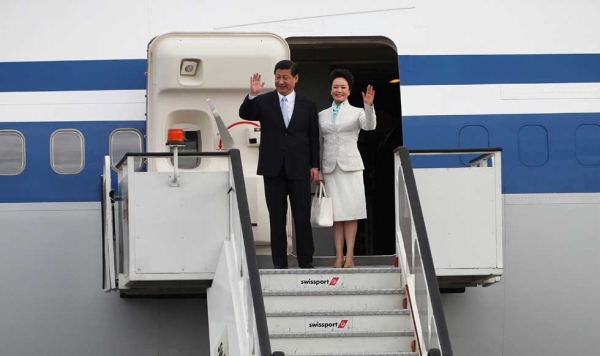 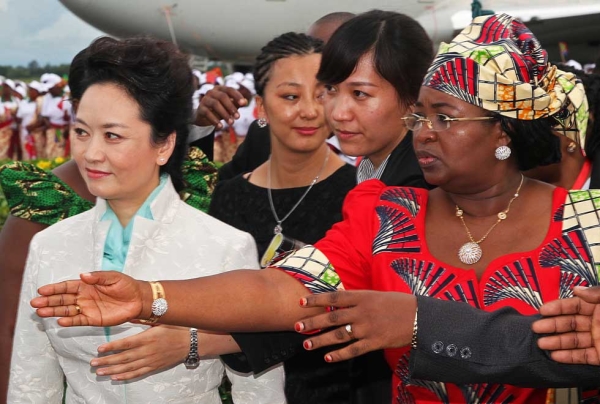 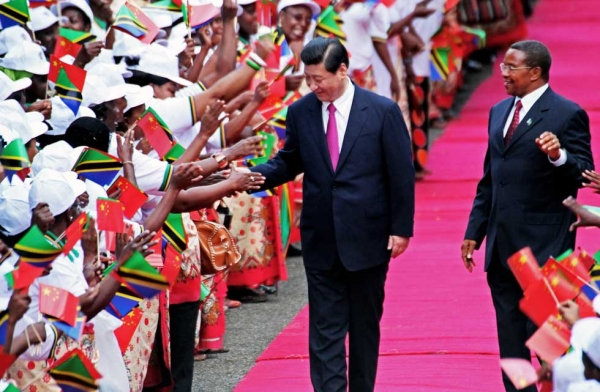 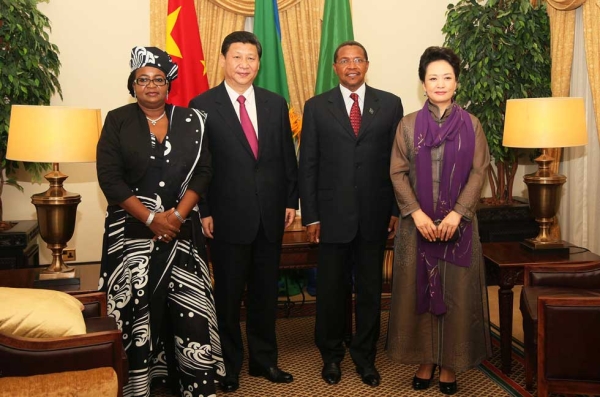 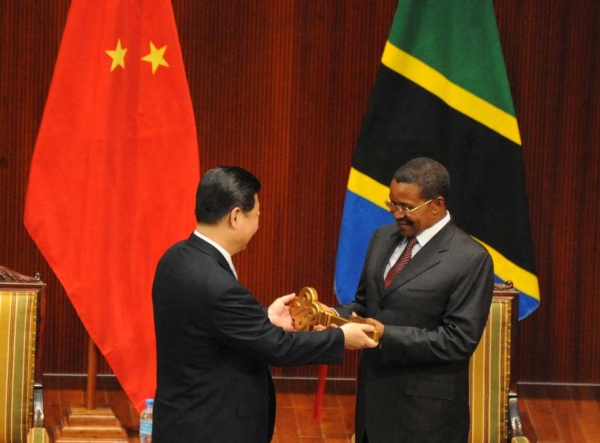 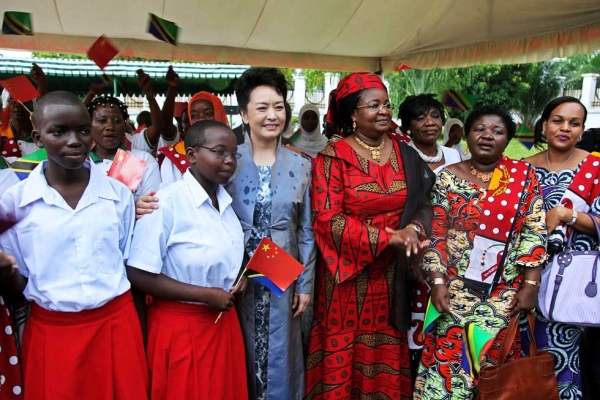 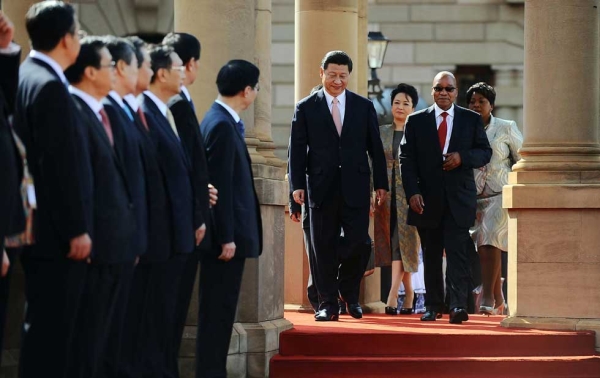 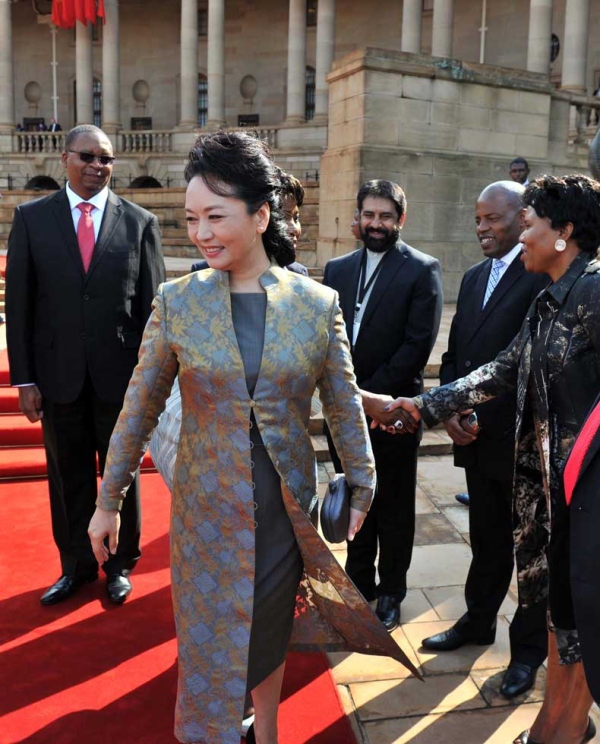 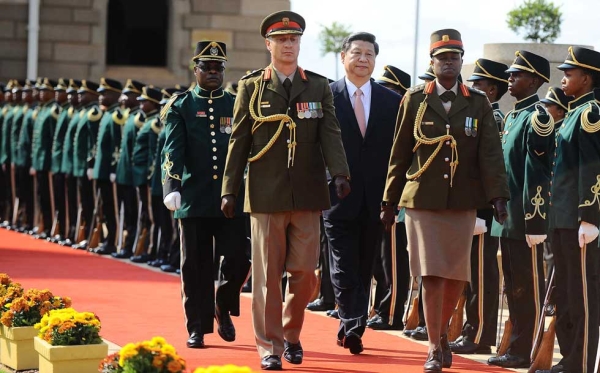 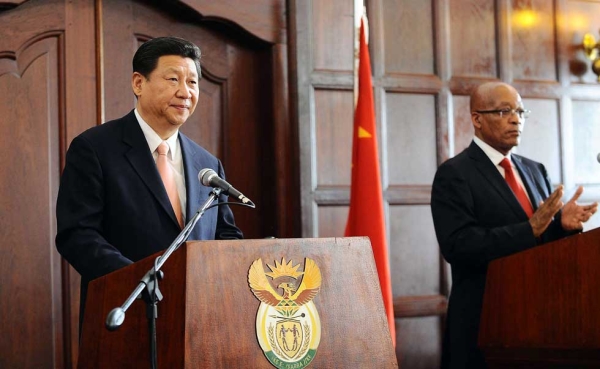 Chinese President Xi Jinping and First Lady Peng Liyuan wrapped up their time in South Africa for the BRICs Summit on March 26-27 and subsequently headed to the Republic of Congo for the last leg of their three-country tour of Africa this week. The trip, which began in Tanzania, has provided them with many photo ops with African leaders, several of which can be seen in the slideshow above.

Although the leaders were all smiles for the camera, recent coverage of the presidential tour suggested that all might not be perfect below the surface. According to The New York Times, Xi hopes to use this trip to assure African leaders that the Chinese government "would heed complaints that relentlessly competitive Chinese companies were suffocating African efforts to nurture industry and jobs," and to promise "aid, scholarships and technology transfers in an effort to counter those fears."

Criticism of China's role in Africa isn't new, as former U.S. Secretary of State Hillary Clinton warned back in 2011 that China's involvement there could become a form of "new colonialism." As Xi's trip progresses, Chinese state-run media outlets have released several pieces condemning critics, such as a recent China Daily article which cites several Western experts who state that China's role in Africa is only of a helpful nature.

The couple flew to Tanzania straight from Russia, which was the first foreign country Xi visited since assuming the office of the presidency on March 14, 2013.

Since first stepping off the plane in Russia, China's first lady has received an amount of media attention rivaling that of her husband thanks to her glamorous image. A New York Times story about the famous former folk singer states that she is seen as "roughly equivalent to Michelle Obama: modern, outgoing, intrigued by fashion." Jing Daily demonstrated the extent of domestic interest she is receiving in an article about a social media obsession that broke out over the brand of a handbag she carried. Authorities are apparently uncomfortable with this development, as several search terms to find out who she's wearing were blocked on Weibo — but these new images will most likely only add to the buzz.