Photo of the Day: Ganesha, Bringer of Victory 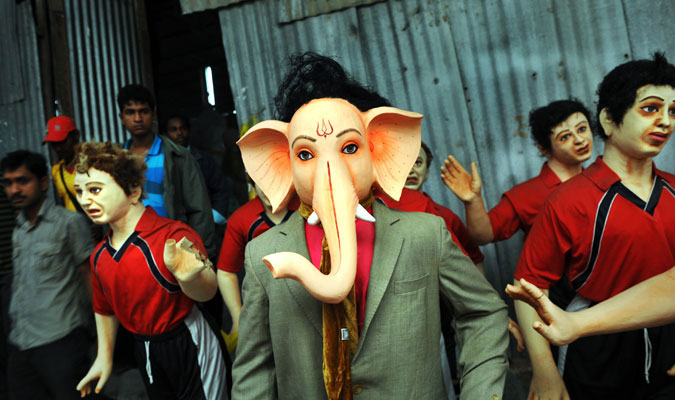 Young Indian boys walk past a statue of elephant-headed Hindu god Lord Ganesha standing among clay models of Spanish footballers ahead of the Ganesha festival, in a workshop in Bangalore on September 8, 2010. Lord Ganesha is portrayed as the leader of the Spanish national football team, who won the 2010 Football World Cup. (Dibyangshu Sarkar/AFP/Getty Images)