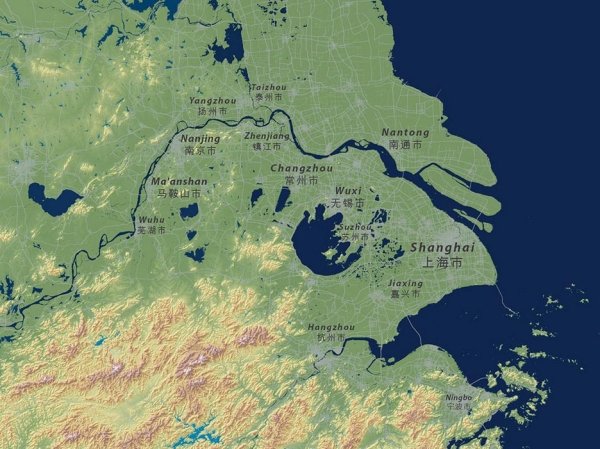 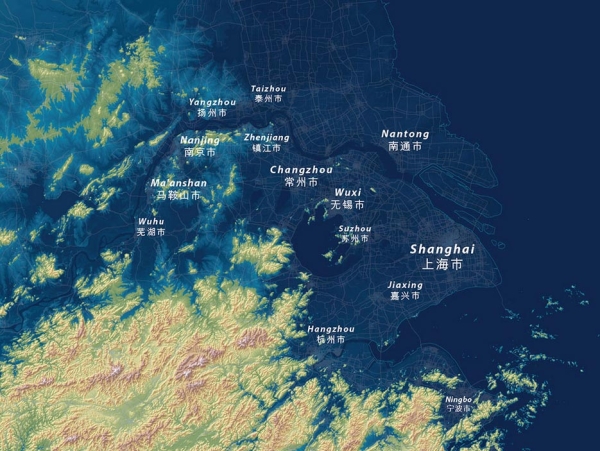 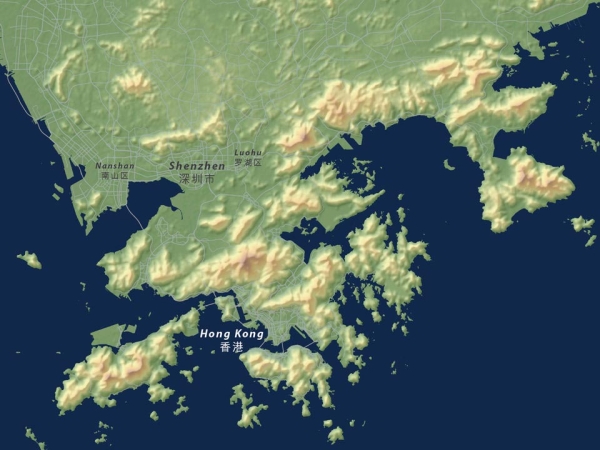 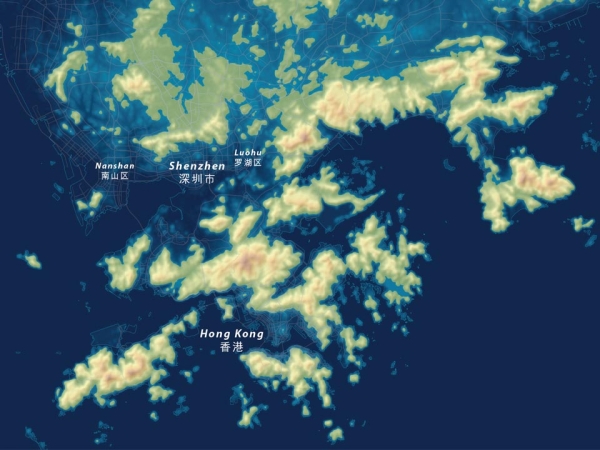 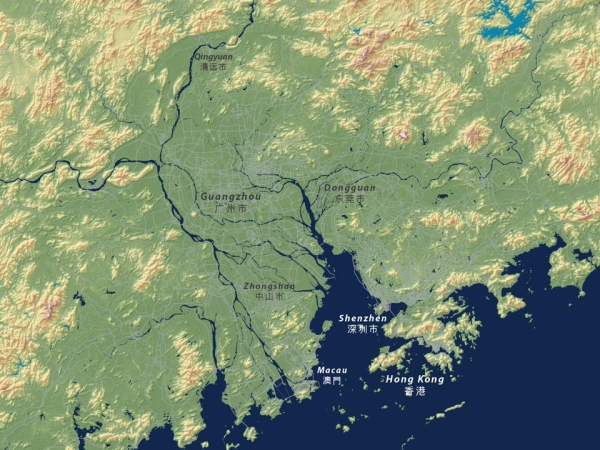 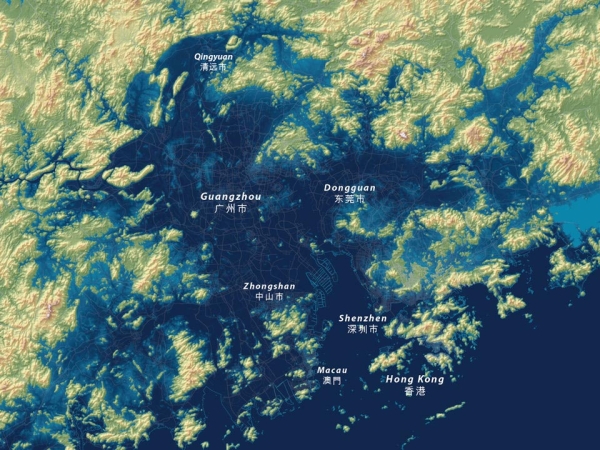 The Intergovernmental Panel on Climate Change (IPCC) has been monitoring the Earth’s cryosphere — water frozen in the forms of ice, snow, glaciers, permafrost, etc. — for the last several decades. Since their study began in 1979, this frozen water has been steadily melting — especially sea ice, glaciers, and ice sheets — and running into the world’s oceans, causing them to rise. According to the IPCC’s most recent predictions, if the current trajectory continues, as many scientists fear it will, the world’s sea level will rise dramatically, submerging many of the world’s current coastlines under more than 200 feet of water.

While that future may be centuries off, cartographer Jeffrey Linn has already begun to imagine what it would look like. His maps of Seattle (his hometown), Los Angeles and San Diego, Portland, and Vancouver plot the new coastlines that will result from the rising waters.

ChinaFile asked Linn to apply the same techniques to China’s coast, where some 43 percent of the country's population currently lives. Scroll through the slideshow above to see the difference between the coastal cities’ current coastlines and their contours as the planet’s temperature continues to warm over the course of the next century.

See the full story on ChinaFile, along with additional interactive maps.