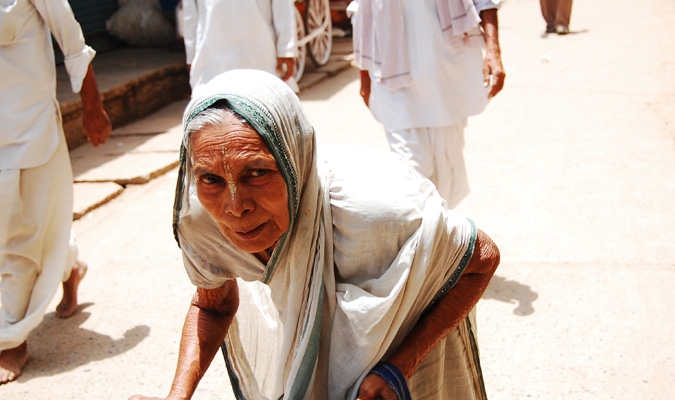 Note: The following story was published on MediaStorm by Asia Society Producer Shreeya Sinha, who reported, shot video, and field-produced 'Undesired' by photographer Walter Astrada, winner of the 68th Pictures of the Year International for Multimedia Issue Reporting.

The United Nations reports that at least 40 million women in India have died from neglect or were simply never born in the first place. Dr. Amartya Sen, a Nobel laureate, first applied the term "missing" to this phenomenon in 1986 when he examined India's census data. Among Christians and Muslims, the female to male sex ratios were close to normal. Among Hindus, who make up 80 percent of India's population, the gender imbalance would spark a demographic crisis.

Until the 1980s, when ultrasound machines became more widespread, girls were commonly killed at birth or were neglected of health and nutrition to ensure their death. Baby girls were left in dumpsters, buried in clay pots or poisoned. Shocking, yes, but the practice still continues. Across the country there is a 47 percent excess female child mortality, girls aged 1-to-4 who are dying before their life expectancy because of discrimination. In the north, specifically the wealthy state of Punjab and neighboring Haryana, the excess female child mortality is 81 and 135 percent respectively, according to India's National Family Health Survey.

The arrival of ultrasound machines, and its subsequent exploitation, ushered in a silent era of organized crime. Now able to identify the sex of a fetus early in pregnancy, parents who learn their child is a girl often abort her. The government has banned abortions based on gender for the last 16 years. Every ultrasound clinic is required to have a poster explaining the law, yet this $250 million business a year flourishes because of deeply entrenched traditions, official apathy and the lucrative business of illegal ultrasounds.

Every day 7,000 female fetuses are aborted in India, according to the UN.

Read the complete story and watch the video below.

In India, all women must confront the cultural pressure to bear a son. The consequences of this preference is a disregard for the lives of women and girls. From birth until death they face a constant threat of violence. See the project at http://mediastorm.com/publication/undesired
india
asiablog
south asia