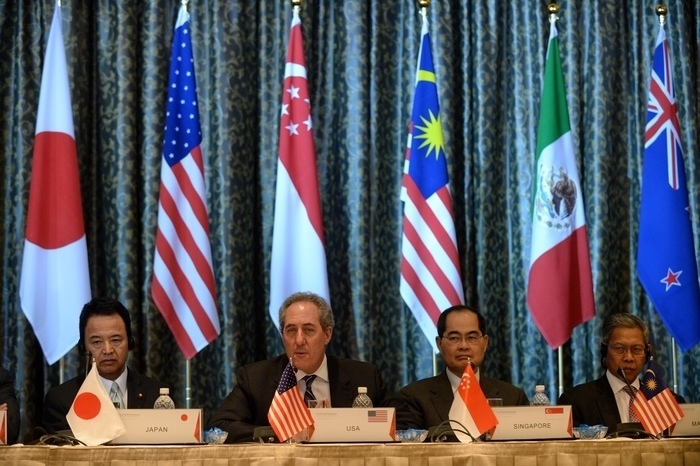 Chan Heng Chee, Former Singaporean Ambassador to the United States, joined the Asia Society Policy Institute on Wednesday, February 26, to share her views on the progress and prospects for the Trans-Pacific Partnership (TPP) trade pact, following the ministerial round of negotiations held in Singapore on February 22-25. The briefing was the latest installment in the Institute’s monthly AsiaConnect teleconference series. This blog post presents a condensed and edited version of Ambassador Chan’s remarks, along with an audio recording of the conversation.

Chan Heng Chee is currently Chairperson of Singapore’s National Arts Council and a Singaporean Ambassador-at-Large. She serves concurrently as Singapore’s Representative to the ASEAN Intergovernmental Commission on Human Rights. She is also Chairman of the Lee Kwan Yew Centre for Innovative Cities in the Singapore University of Technology and Design (SUTD). Previously, she was the second-longest serving Ambassador to the United States (1996-2012) and held posts as Singapore’s Permanent Representative to the United Nations, High Commissioner to Canada, and Ambassador to Mexico. Ambassador Chan is a member of the Advisory Council of the Asia Society Policy Institute and a Trustee of the Asia Society, as well as the 2012 recipient of the Society’s inaugural Diplomatic Achievement Award.

What were the key outcomes from the ministerial round of TPP negotiations that just concluded in Singapore?

Although the negotiators weren’t able to reach an agreement, the ministers and top negotiators left the meeting saying progress had been made. All seemed quite happy with what had been done. The statement from the ministers and delegation heads was that the ministers decided on “the majority of the landing zones” for negotiations. I took that to mean that the framework with the main elements for each chapter or basket of issues is now in place.

The statement underlined market access as a big issue remaining to be settled. But the ministers also said that they have “charted a path forward” for resolving the issues that remain. I think that is a very positive signal that all parties are committed to finish the agreement.

What do you think we can expect from the next phase of TPP negotiations?

I think we’re in the final stretch of the negotiations, which is always the hardest. We shouldn’t be at all surprised if new issues come up at the last minute. When I worked on the U.S.-Singapore Free Trade Agreement, the issue of currency controls arose very late in the negotiations. None of us expected it, though we were able to resolve it and complete the agreement in the end.

Domestic challenges have come up in certain countries, notably the United States, where Congress is reluctant to grant trade-promotion authority (TPA) to the White House. Some observers are saying that a TPP agreement can’t be reached without TPA. Others are saying Congress might be more accommodating once a TPP deal is reached. What’s your take?

I think it would help if Congress gave trade-promotion authority to President Obama, and that is what I would prefer to see happen. There are still difficulties in the negotiations. Seeing that the President has TPA might motivate the negotiators to work them out.

I do understand the attitudes in Congress that are opposed to granting TPA. If Congress becomes really difficult, I hope when they see a good agreement on the table they will have the eminent good sense to do TPA. It will require the President to push for it. Putting forward a strong TPP, and showing the benefits it would create, could convince Congress to give TPA to the White House. There have been prior instances when Congress granted a narrow, targeted TPA to allow the White House to approve a trade deal.

Do you think the negotiators can get to a good agreement without TPA in place?

The ministers are committed to finishing the agreement. The negotiators must continue. Some parties must be wondering if all the hard work will go to waste if it is undone in Congress. When the TPP is on the table, Congress might react favorably and give TPA. But time is running out. The negotiations are getting closer to the U.S. election cycle, so the parties really need to rush to get a deal done. The longer the negotiations drag on, the more opportunity there is for complications to come up.

How do you think the TPP might affect U.S.-Asia relations more generally?

In Asia, I think many of us are wondering whether the U.S. is turning inward on trade. After the 2008-2009 financial crisis and the recession, we had a sense that a protectionist mood is rising in the United States. Congress, too, seems to be a bit more anti-trade. If a TPP deal can be concluded and passed, it would be a very good signal that the U.S. is committed to helping Asia become more prosperous.

Listen to the AsiaConnect call with Chan Heng Chee using the audio player below.