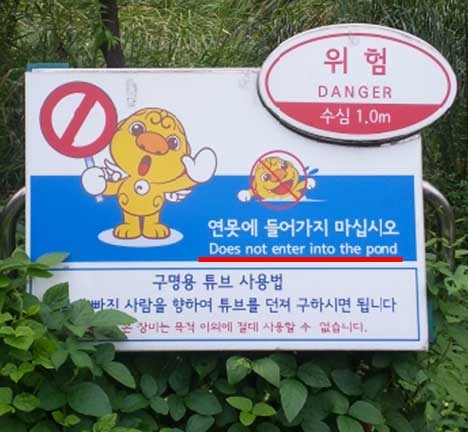 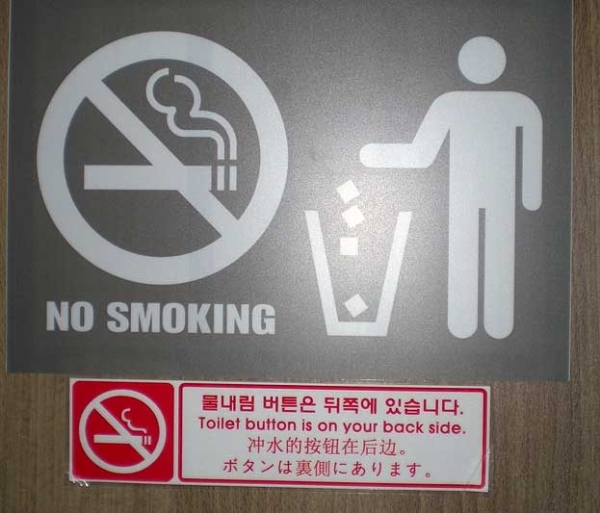 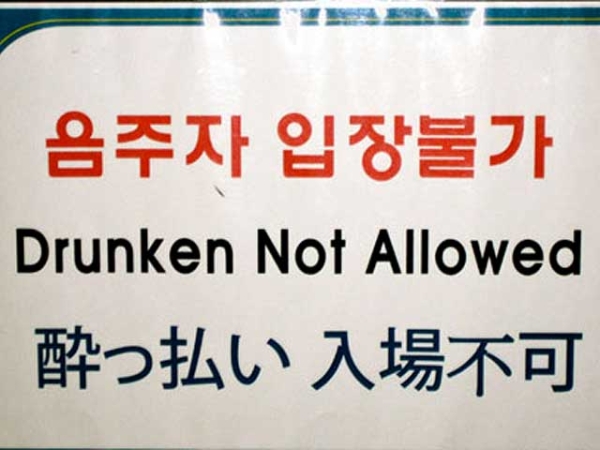 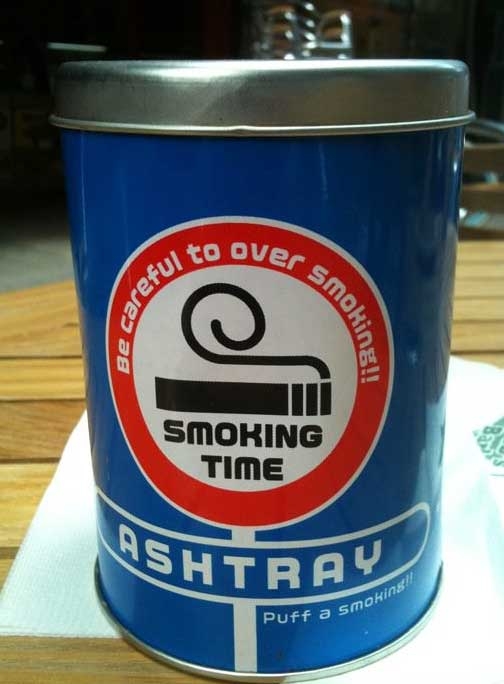 Incorrectly-translated and often misused English words are a common sight in many Asian countries — in fact, there are entire sites dedicated to such errors. While such outrageous usages can be hilarious, they become a problem when they prevent messages from getting across, especially public signs and notices. The Asia Society Korea Center is aiming to combat such gaffes by initiating a two-pronged Search & Correct campaign, which is intended to correct, first, misleading texts and signs like the ones that implore the reader to "come with the fence" or not to "hang over the fence."

The campaign doesn't just stop at correcting mistranslated signs. Some public school Korean textbooks and other educational resources are known to contain inaccurate or biased information about foreign countries, their cultures and history. When students simply accept those inaccuracies as fact, they're liable to end up with a skewed view of the world that can cause problems when younger Koreans emerge into the global community and international marketplace.

In order to work, Search & Correct relies on public participation — through a reporting system that encourages people who spot errors, whether on signs or in textbooks, to flag them by taking photographs on their smartphones and sending those images to the campaign committee.

But first, how is Korea's mistranslated English, or "Konglish," any different from any other forms of mistranslated English in Asia? Yvonne Yoon-Hee Kim, Executive Director of the Asia Society Korea Center, clarifies, "There are words borrowed from English that are used in their own context in Korean and can't really be considered incorrect, for example, cellphone is called 'handphone' here."

Konglish is more than just bad grammar; some of them are Korean words derived from English or other languages, such as "one room" (wonroom 원룸) for a studio apartment, or "auto bi(cycle)" (otobai 오토바이) for a motorbike. While these are technically not proper English, they are in some sense understandable.

However, certain words such as "cider" (saida 사이다), which refers to a clear, lemon-lime soda, or "hunting" (heonting 헌팅), which refers to picking up women, are where trouble begins. "The problem rises, and becomes embarrassing, really, when they make their way back into 'proper' English. Hence, it gets very tricky," Kim says. "They can't really get rid of words like 'handphone' or have the desire to get rid of them."

Kim acknowledges that there are proper guidebooks available for restaurants and businesses from the Korean Tourism Organization (KTO) for reporting such errors. "However, people are not aware that such reporting sites exist. Hence, we decided to step in and be the 'middle agent,'" says Kim.

Ultimately, Asia Society Korea Center hopes to produce a document, recommending corrections to the errors in signage and other forms of public communication, that will allow public officials to make their cities and towns more legible and thus more accessible to the international community.

But while correcting signage is one front, textbooks are a trickier issue. As Kim explains, "For correcting formal signs, we need to make sure that they are written in proper English and are following the KTO guidelines," whereas with textbooks, "we need to reach out to experts and go through a series of fact-checking processes."

Launched in August of this year, Search & Correct has been receiving near-unanimous positive feedback. "We are getting huge support — from everyone from local Koreans to expats to tourists," Kim says.