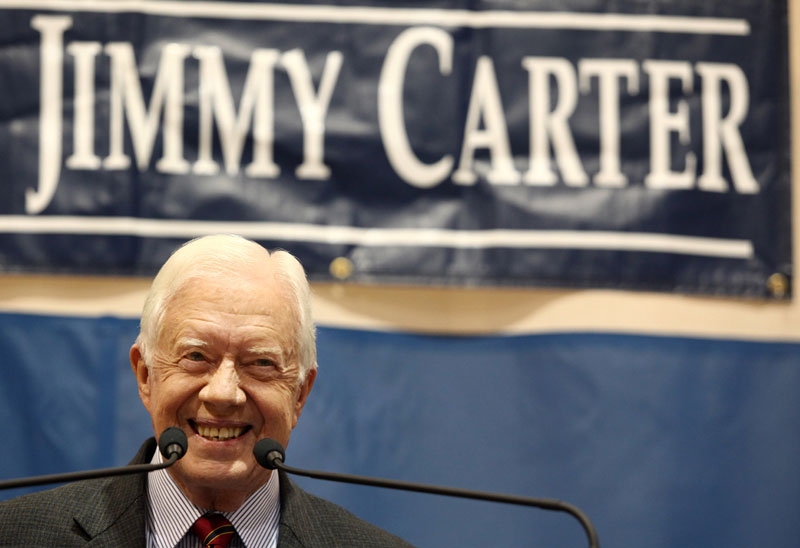 Former President Jimmy Carter will leave today for North Korea in hopes of freeing an American man imprisoned in a North Korean jail. US Relations with North Korea have been especially tense since South Korea and the US blamed the North for the sinking of a South Korean warship in March. It isn't likely that Carter's trip to North Korea will ease those particular tensions, however, Carter's independent act of diplomacy is expected to gain the freedom of American man Aijalon Mahli Gomes. Gomes was sentenced to eight years of hard labor and fined $700,000 for illegally entering the communist country.

North Korean officials have agreed to free the 34-year-old Bostonian if Carter agreed to come and retrieve him. Gomes was arrested in North Korea for illegally crossing the border and for an unspecified "hostile act." Prior to his arrest, Gomes had been teaching English in South Korea. It is unclear why Gomes chose to enter North Korea, but he had been involved in protesting North Korean human rights abuses in the past.

Due to the sensitivity of the situation, US officials were sure to point out that Carter's mission is in no way affiliated with the US government. "If and when such a mission takes place, it will be private and for a humanitarian purpose," said one State Department official. The State Department had attempted a mission to free Gomes in early August, but failed. Carter seems a natural choice for the mission, as he has dealt directly with North Korea in the past.

In August 2009, former President Bill Clinton underwent a similar mission when he met with leader Kim Jong Ill to secure the release of Laura Ling and Euna Lee, two TV reporters who were arrested after crossing into North Korea from China.