Interview: Writer Tao Lin on 'Remaining a Stranger' Wherever He Goes 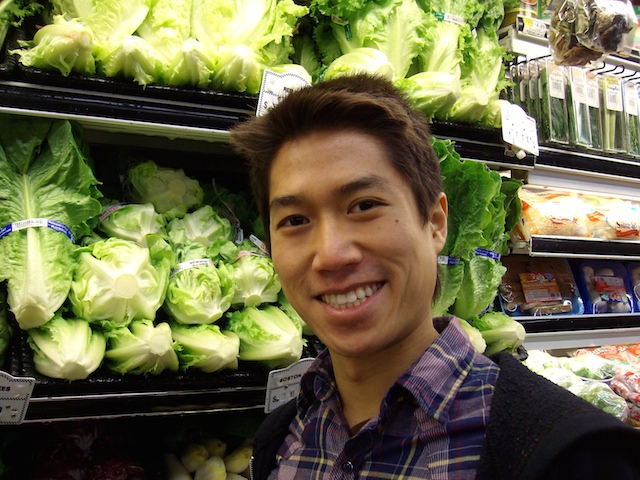 Tao Lin is one of contemporary literature’s most controversial voices. Described in turn as ingenious and irritating, often by the same critics, Lin is known for his semi-autobiographical narratives and willingness to experiment with new forms and concepts. Taipei, Lin’s last novel, was hailed a “modernist masterpiece” by the New York Observer and included in numerous 2013 "best of the year" lists. His next book, Selected Tweets, will be published June 15, 2015.

Asia Blog caught up with Lin via email on topics ranging from mandalas to microorganisms.

Your parents are Taiwanese, but you grew up in Orlando. What is it like for you to visit Taiwan as an Asian American?

I speak some Mandarin, so in Taiwan, I can buy things and walk around in public and respond to people if they try talking to me. I think most people in Taiwan over, say, 40 or 50, speak both Taiwanese and Mandarin. I don't speak Taiwanese, but I can understand some, and when I hear it, it sounds distinctive and makes me feel a certain way and makes me remember certain things.

I don't feel much different in Taiwan, Florida, New York, cities in Europe, or elsewhere. Dennis McKenna had a term — extraenvironmentalist — for people who remain a stranger, outside of the culture, regardless of where they are, and I feel like that to some degree.

Your last novel takes place in New York, Las Vegas, and Taipei. Why did you title it Taipei?

I titled it "Taipei" for a few reasons. One reason is because of this passage near the end of part one when the character Paul is in the airport in Taiwan to fly back to New York after visiting his parents:

In the terminal, sitting with eyes closed, Paul imagined moving alone to Taipei at an age like 51, when maybe he'd have cycled through enough friendships and relationships to not want more. Because his Mandarin wasn't fluent enough for conversation with strangers — and he wasn't close enough to his relatives, with whom attempts at communication were brief and non-advancing and often koan-like, ending usually with one person looking away, ostensibly for assistance, then leaving — he'd be preemptively estranged, secretly unfriendable. The unindividualized, shifting mass of everyone else would be a screen, distributed throughout the city, onto which he'd project the movie of his uninterrupted imagination. Because he'd appear to, and be able to pretend he was, but never actually be a part of the mass, maybe he'd gradually begin to feel a kind of needless intimacy, not unlike being in the same room as a significant other and feeling affection without touching or speaking.

And, in the next paragraph, Paul thinks about Taipei as a place outside the four-season cycle of his life in America:

Paul thought of Taipei as a fifth season, or “otherworld,” outside, or in equal contrast with, his increasingly familiar and self-consciously repetitive life in America, where it seemed like the seasons, connecting in right angles, for some misguided reason, had formed a square, sarcastically framing nothing — or been melded, Paul vaguely imagined, about an hour later, facedown on his arms on his dining tray, into a door-knocker, which a child, after twenty to thirty knocks, no longer expecting an answer, has continued using, in a kind of daze, distracted by the pointlessness of his activity, looking absently elsewhere, unaware when he will abruptly, idly stop

In 2008, you founded the independent press Muumuu House. Why did you want to start a publishing company?

I wanted to publish poetry books by my friends. And I wanted to publish stories and poems and other writing by my friends — and other people that I didn't know but whose writing I liked — online on an irregular basis. So far, Muumuu House has published three poetry books, one limited edition, nonfiction book, and, on the site, dozens of poems and stories, selections from Twitter selections, and novel/memoir excerpts.

I view the writing on the site sort of as a personal collection of writing that I like, except that it's public. About half the pieces on the site were first published elsewhere, in books or literary magazines where I first read them. Many of the pieces that I republished were first published, for example, in NOON, an annual literary magazine, edited by Diane Williams, that I like a lot.

Last year, you started drawing these incredibly complex mandalas (a spiritual and ritual symbol in Hinduism and Buddhism). What inspired that?

Thank you for noticing my mandalas. The first one I drew began as a crop circle idea, which I drew for fun and then continued to elaborate upon, drawing and coloring over the crop circle to form what seemed to me like a mandala. I drew some of them on paper that was around my room — at one point my plan was to just draw on whatever paper, using whatever pens and markers and colored pencils I had around my room, but then I bought nicer 8" x 8" paper and since then have drawn only on 8" x 8" paper using colored pencils and Micron pens.

It's been my main activity most days for the past year-and-a-half while stoned and alone in my room. I've drawn about 25.

What projects are you working on at the moment?

I'm working on my next novel. Also, I would like to publish my column for Vice on the topic of Terence McKenna as a small book, and I've been thinking about that — I want to add two or three essays and maybe try to interview Kathleen Harrison, McKenna's former wife.

I've been reading books on these topics: food and disease, microorganisms, enzymes, radiation. Some of these books: