Interview: What 250 Years of Chinese History Shows About the Future | Asia Society Skip to main content

Interview: What 250 Years of Chinese History Shows About the Future 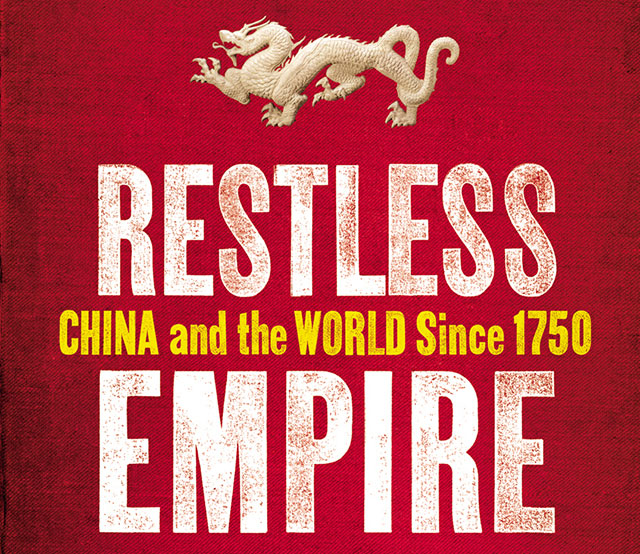 Restless Empire: China and the World Since 1750 by Odd Arne Westad was named winner of the 2013 Asia Society Bernard Schwartz Book Award for its outstanding contribution to advancing the understanding of contemporary Asia. On December 18, 2013, Dr. Westad will visit Asia Society's New York center for a special luncheon event featuring remarks by the author and a discussion moderated by Orville Schell, Arthur Ross Director of Asia Society's Center on U.S.-China Relations.

Historian Odd Arne Westad won the 2013 Bernard Schwartz Book Award for his book Restless Empire: China and the World Since 1750. In advance of the Dec. 18 award ceremony and discussion at Asia Society's New York Center, Westad responded to Asia Blog's questions by email.

Why did you choose to focus on China's interactions with the world specifically from 1750 onward?

The time around 1750 marks the high point of the Qing Empire's power. I have always thought that it is useful for understanding China's engagement with the outside world to begin at a point when China reigned supreme within its region. Since so much of 20th- and 21st-century rhetoric is about national humiliation or about China's (future) rise, it is worthwhile to look at what the situation actually was the last time the country was in the driver's seat.

How did your own understanding of China's history change as you were working on Restless Empire?

It changed a lot! I became much more open to the multiple trajectories of the engagements Chinese people have had with the outside world. What was a national disaster for one group, could be seen as a long-awaited opportunity for others. The foreign attacks on the Qing in the mid-19th century are a bit like that. As is the early Republican era, or even Mao's Cultural Revolution. China is simply too big, too composite to address its history in a one-dimensional manner.

What new findings did you make, if any, that you think should be more widely known?

The key, to me, is the overall position of the book that China's involvement with the outside world has been much more extensive and profound across these three centuries than most people allow for. While researching the book, I loved exploring histories of Chinese who interacted with foreigners, as revolutionaries, businesspeople, lovers, or missionaries. To me, contemporary China is a kind of hybrid, in which the domestic and international are very difficult to distinguish from each other — as influences, they blend and move so quickly that paths of origin are very difficult to differentiate.

Your book shows that foreigners contributed knowledge, beliefs, and systems that were essential to China's modernization. Yet you also spotlight China's "obsession" with the United States. What is it about the United States that held the interest of China's leaders and people so much more strongly than other foreign countries?

I think that many Chinese have seen the United States as the epitome of a modernity that they themselves aspired to. The restlessness of the United States — its ability to absorb foreigners, its dynamic economy, its technological advances, the rapidity of social and cultural change — all of this has held an enduring fascination for the Chinese. Of course there have been times when these very traits have been condemned by Chinese leaders, who searched for some form of stability. But overall I see contemporary China and the contemporary United States as having much in common in terms of their willingness and ability to embrace change, qualities that are lacking in many other societies.

Restless Empire ends on an optimistic note for China's future. What are some of the factors and trends that inform your outlook for China?

I am an optimist about China's long-term future. The ability to work hard in ever-changing circumstances will serve the next generation of Chinese well. Of course there are challenges too: An outdated political system, a growing nationalism, a set of demographic uncertainties will pose problems for China. But given where the country is coming from, the successes of the past generations have been real and substantial. And it is unlikely that the Chinese will pass up the opportunities that these successes have opened for them in the future.