Interview: Robert Barnett on Why Tibetans Are Setting Themselves on Fire | Asia Society Skip to main content

Interview: Robert Barnett on Why Tibetans Are Setting Themselves on Fire 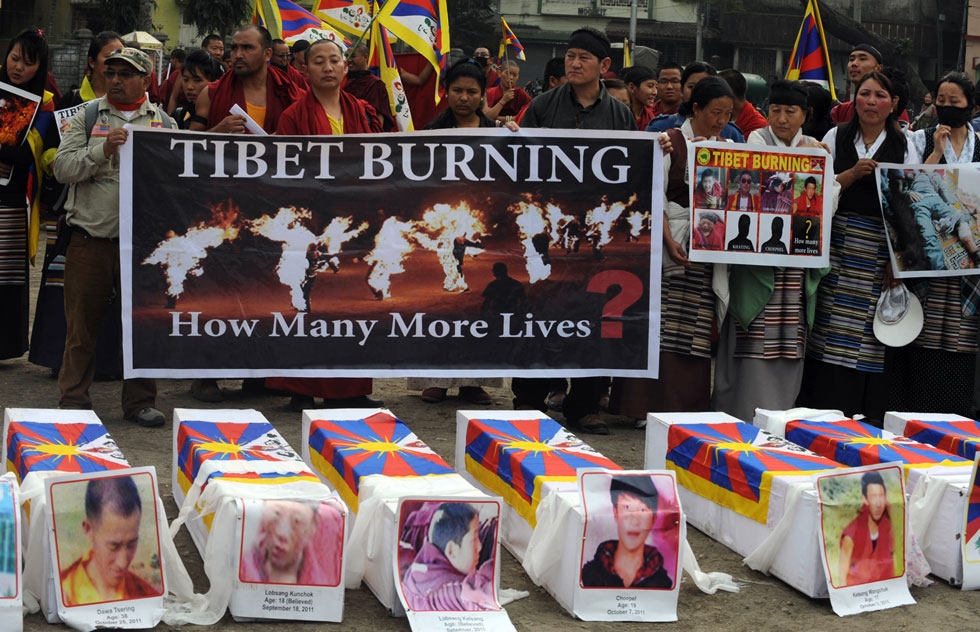 Earlier this week a Tibetan monk became at least the 22nd person in the past year to commit self-immolation in protest at the Chinese government’s rule in Tibet. Robert Barnett, Director of the Modern Tibet Studies Program at Columbia University, says this is a new type of political protest for Tibetans, one that looks like it may become an ongoing form of dissent if the Chinese government does not change some of its policies in the region.

Why are monks and nuns deciding to use this particular form of protest against the Chinese government?

The reasons why they have chosen this method of protest are not exactly clear. People inside Tibet, especially in rural areas, are sometimes able to get radio news in Tibetan from outside sources such as Voice of America and Radio Free Asia, but probably know little if anything about the Tunisian self-immolation last year, let alone the Vietnamese self-immolations 50 years ago. But they would have heard about the demonstrations that lead to the Arab Spring, and this might have encouraged people in a general way to see popular protest as a way to bring about change.

But they may be choosing this method of protest because in the previous cycle of unrest in Tibet in 2008, when there were about 150 street demonstrations by very large groups, about 20 of those incidents spiraled down into chaos and violence. The violence had allowed the Chinese government to avoid addressing the underlying issues and complaints of the protestors, and self-immolation may be seen as a way to avoid the downside of traditional large-scale street protests: it sends a message to the government in a way that the protestors hope will not be easy to brush aside because it does not do damage to other people or to property, and does not involve unrest. 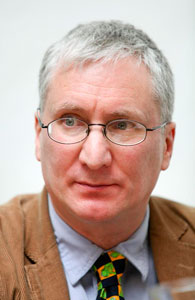 The protests call in general for “freedom” and for the Dalai Lama to be allowed to return to Tibet. They seem to have been triggered by a dramatic turn in policy in 1994, when the Chinese state decided to focus above all on attacking the Dalai Lama by forcing monks and nuns to denounce him and greatly increasing regulations concerning monasteries and religion. This policy was first implemented in the Tibet Autonomous Region, which is the western half of the Tibetan plateau around Lhasa, but in the last 10 years it has been gradually imposed, monastery by monastery, across the eastern half of the plateau, where most Tibetans live and where the current protests are taking place. It includes re-education programs in the monasteries, bans on worship of the Dalai Lama, downgrading of the role of Tibetan language in schools, encouragement of migration into Tibetan areas, and other restrictions. No-one knows why they decided to extend this policy to the eastern Tibetan areas, since until then they had been quite relaxed and peaceful since the late 1970s.

Is there any tradition to this particular kind of protest in Buddhist culture?

The Chinese press has been arguing that these protests violate Buddhist principles and rules, but in fact they resonate strongly with Buddhist tradition. Suicide is shunned in Buddhism if carried out for personal reasons, but self-sacrifice for a noble cause is highly regarded. There are many stories about the Buddha doing this in former lives, most famously one in which he sacrifices himself by giving his body to a dying tigress so she can feed her cubs. So an act that is done for the good of the community is considered noble, and especially so if it is done by a member of the clergy.

It is because these acts have been done by monks, nuns or former monks, that it has been so hard for the Chinese government to discredit the protestors — it would be very different if lay people had been involved. The government had almost total success in discrediting five Chinese people, said by the government to be adherents of the Falun Gong sect, who staged a mass self-immolation in Beijing in 2001: the event was presented as proof that these people had been brainwashed and manipulated by the Falun Gong. But despite some tentative attempts by the Chinese press to do this with the Tibetan monks and nuns, these efforts have failed, largely because they are so widely respected within the Tibetan community.

One way to understand the Tibetan-Chinese issue is to look at the question of its status, whether it should be part of China, or, if it is a part of China, what degree of autonomy it should have. This is an issue that goes back at least 100 years, to when a Chinese army first tried to annex Tibet and to integrate it into China’s territory. It’s something that is likely to take a very long time to resolve.

But there is a second issue that is easy to confuse with the first, which are the policies that China has introduced more recently, especially the 1994 decision to declare the Dalai Lama an enemy, and other issues that were stepped up at the same time concerning reeducation, language use, and over-rapid economic development. There are more recent issues emerging now as well, especially environment-related issues such as the forced settlement of nomads and rampant mining. Because these secondary factors are not set in stone and are constantly taking new forms, they represent a kind of opportunity for China, one that they could compromise on fairly easily. If they did so, it would generate some relief and allow more time to try to sort out the primary issues concerning autonomy and status. There has been no sign of any movement so far even on these secondary issues. China has a weak, consensus-based and highly conservative leadership system, which makes it very difficult for the leaders to agree on a bold move concerning a core issue of national sovereignty and pride, so any concessions will be very small.

Is there an end in sight to these self-immolations?

China sees itself as having been consistently generous to Tibetans since at least the early 1980s because it has run large subsidy programs to boost economic development in Tibetan areas, and because it sees the protests as plots by the Dalai Lama or other exiles designed to “split” China by creating an independent Tibet. The exiles deny this but at the same time use very strong nationalist rhetoric, as one would expect. So, though a negotiated solution between the two leaderships can never be ruled out, it seems unlikely in the current climate.

Meanwhile, the eastern Tibetans whose anger has now been roused are resolute and strong-willed, with a long and bitter memory of various Chinese attacks on their areas and monasteries over the last century, and they are defending their core values. So the current tensions are not going to disappear without some concession from the Party. That concession would not have to be huge for people to decide not to kill themselves —Tibetans, even activists, inside Tibet are surprisingly moderate in most cases and generally pragmatic, so even a token gesture by the state would have significant impact. For example, the Party could stop forced political reeducation and it could stop its demonization campaign against the Dalai Lama — policies that it has not applied in inland China for decades — and it could regulate internal migration into Tibet as it does with Hong Kong. If they don’t do that these tensions will increase, and if more people get killed, things could spiral out of control and become very difficult to resolve in any meaningful way.

It was reported that in the latest self-immolation a thousand people surrounded the body to protect it from the police. Why might they do this?

In Tibetan culture, when someone dies you disturb the body as little as possible after death. Instead, special ceremonies and rituals are carried out in the hope that the consciousness will be calmed, giving it a better chance of a more beneficial rebirth. But as in any religion, there are many layers of explanation. For example, in general there is a view that it’s important to dispose of the body in an appropriate way, such as feeding it to birds or fish, since this is a kind of generosity, rather than the secular cremation method used by the Chinese state. In this case, these self-immolations are clearly seen by the local community not as a suicide by a desperate individual but as an act of dedication for the benefit of others, so local people would have wished to show respect to the dead person by ensuring that the appropriate rituals are carried out by the clergy. So there are many factors here besides the obvious objections to the confiscation by the police of the dead person’s body.