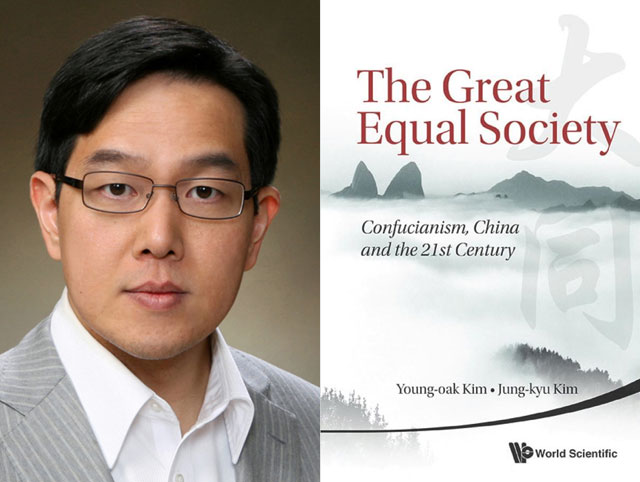 With the 2014 Davos meetings having drawn to a close, it might be an appropriate time to ask: what is the best way to govern?

Protest movements roil societies as different from each other as Thailand and Ukraine. Partisan paralysis tarnishes the democratic model championed by the United States. Intractable corruption and persistent questions about income inequality and human rights have rendered China's current system unappealing to many other developing countries. No means of governance will function universally, but is there a common benefit both Asia and the United States could derive from Confucian teaching?

Asia Blog interviewed Jung-kyu Kim via email to find out more about his book and the unorthodox advice it offers.

What is the Great Equal Society?

It is the Confucian vision of an ideal society. Confucius did not define his ideal society in terms of GDP per capita, crime rate or average life expectancy. He simply said, "People don't lock doors at night. This is called the Great Equal Society." What he meant is that the society is filled with mutual trust and goodwill, evidenced by the fact that people routinely leave their doors unlocked. We used the concept to symbolize our vision of a society where people autonomously do the right thing, where order is maintained by the inner morality of individuals rather than by a system of rewards and punishments. 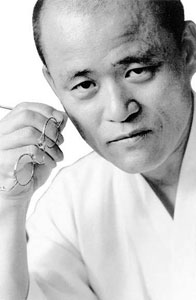 How did this book come about?

About three years ago Dr. Young-oak Kim was commissioned by a Chinese publisher to write a book for the Chinese audience. The book was never published, however, due to censorship. Dr. Kim then asked me to translate it into English, but I wasn't sure it was suitable for publication in the U.S. So I suggested to Dr. Kim, "Why don't I take your core ideas and rewrite the book in such a way that it would be more relevant to the global audience?" The result was a unique book applying Confucian insights to ultramodern issues facing both China and the U.S.

What does it mean to be a moral leader?

A moral leader is an administrator and teacher who provides ethical guidance to his society, not just by saying the right things, but by setting the right example. You see, whenever there is a social problem, the Western response is primarily institutional. They change laws. They change the system of rewards and punishments so that people will calculate differently. The Confucian approach is different. The whole purpose of Confucianism is to create exemplary leaders, so that their civic virtue will permeate the rest of society. Both approaches have their strengths and weaknesses, but I believe it is time we shifted our focus from democratic institution-building to the moral quality of the leadership.

What are some problems you see with the "rationalism" Western government is predicated on?

Our book criticizes "rational self-interest," which undergirds Western political science, but we are not taking issue with the "rational" part. The real problem is with the "self-interest" part. Recall what I said above about the moral quality of the leadership. What the recent government shutdown shows, in my view, is that even the best institution in the world cannot function if elected leaders relentlessly pursue their self-interest at public's expense — or if a major political party acts as if its only goal is to win the next election and routinely triggers a fiscal crisis towards that end!

What are some practical, easy fixes fruit that U.S. or Chinese leadership can set their sights on? In a system primarily conceived as top-down, what responsibility do we on the bottom have for bringing about the sea-change you describe in your book?

Take campaign finance reform, for example. Imagine what would have happened if President Obama had openly renounced all forms of corporate donation during his last reelection campaign. Would Americans still have voted for him? Why not? If an incumbent president shows a political campaign can succeed without expensive TV ads and deference to wealthy donors, most members of Congress and senators would have surely followed suit. What is needed in American politics right now is not some institutional tinkering but true courage and leadership.

Ditto for the corruption in Beijing. Imagine Confucius admonishing the seven members of the Standing Committee of the Politburo: "If you gentlemen really cleaned up your own acts, which senior official would dare not follow? If senior officials cleaned up their acts, which junior official would dare not follow?" Solving China's corruption is not difficult. If the party leaders actually practiced what they preach, the rank-and-file would naturally fall in line.

As for your second question, the responsibility of a Confucian scholar is to speak the truth and demand change! We are under the false impression that Confucianism is about unquestioning obedience to authority. Nothing could be further from the truth. Although Confucius was of humble origin, he never flinched from challenging the most powerful rulers of his time. The spirit was nicely summarized by Hsun Tzu, his follower: "To follow the Way, not the king; to follow Righteousness, not the father; this is called the great conduct of man."

Historically, Confucianism has been applied in a variety of ways as a component of governments and societies. Is there a particular "version" of Confucianism you looked to as exemplifying a "Great Equal Society?"

There is what we call the "state orthodoxy" version of Confucianism. It starts with the problematic book called the Classic of Filial Piety. The book draws a parallel between obedience to the father and loyalty to the ruler: "As common men serve their fathers, so they serve their rulers, and they revere them equally." This was a convenient vision for rulers, and it had been used to justify the absolutist rule of an emperor from the Han dynasty onward, in the same manner that Christianity was distorted to legitimize the authority of Roman emperors and subsequently the Vatican.

Just as Christianity should go back to the original teachings of Jesus, Confucianism must also rediscover the non-hierarchical, non-authoritarian spirit of Confucius — this is the "version" of Confucianism we subscribe to.

Something that might sum up the outsider's understanding of Confucianism is "paternalistic." While this certainly is a limited view of a very rich and diverse value system, it does touch upon an anxiety about the place of women, ethnic minorities and LGBT people in Confucian society. What place do they have in the Great Society?

That is exactly our point. Reviving Confucianism should not mean condoning reactionary values such as rigid hierarchy and unquestioning obedience. Those of us in the East must ask ourselves: Do we really want to go back to the days when seniors could beat up their juniors with impunity, a practice which used to be common in our schools and barracks? Or bring back a society where our "rulers" look down upon citizens as their "subjects?" We must not romanticize the past but rather acknowledge the real and great benefits which modernization has brought — including the liberation of women, minorities and homosexuals. Only then can we bring Confucianism back to life, so that it may once again become a force for human progress.