Interview: 'Other Half of Tomorrow' Filmmakers Turn Lens on Pakistan's Women 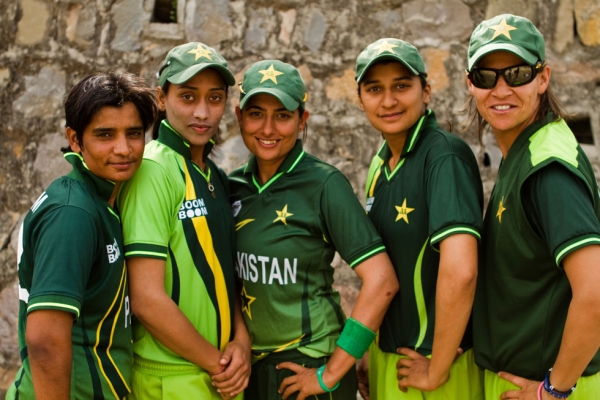 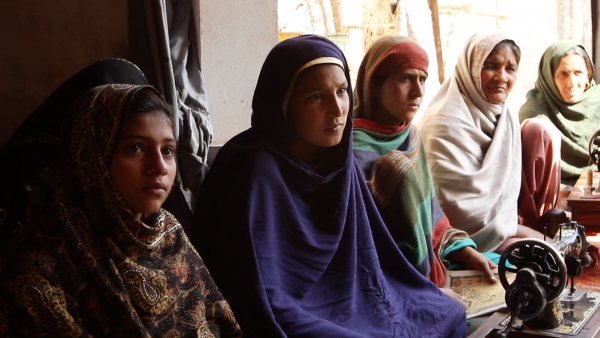 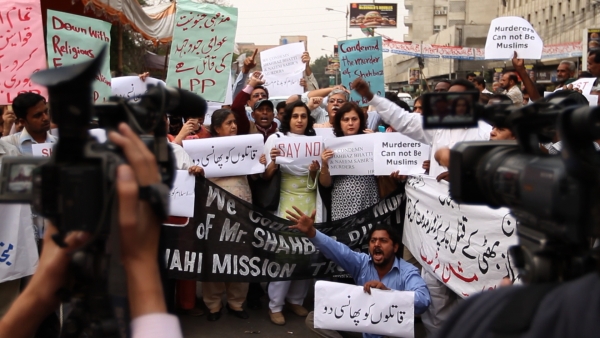 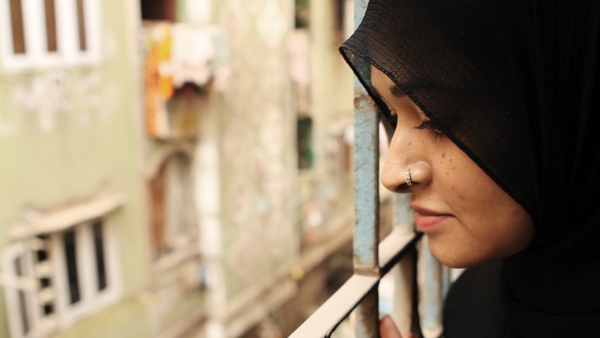 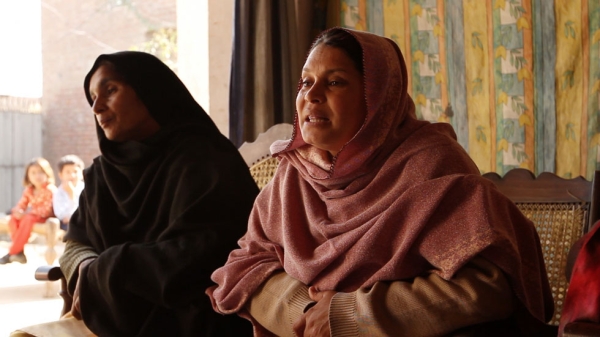 An Asia Society co-presentation premiering tonight at the Margaret Mead Film Festival in New York City, The Other Half of Tomorrow is a set of documentary films directed by Sadia Shepard and Samina Quraeshi that candidly presents the lives of a diverse set of Pakistani women — and in doing so, demonstrates how women are at the forefront of shaping Pakistani society. The seven short documentaries traverse several different contexts, ranging from an underground dance academy in Karachi to a women's cricket team, and attest to the immense diversity of a relatively young nation.

For the past several months I have had the privilege of translating snippets of footage that Andreas Burgess, the film's cinematographer, has sent me from Pakistan. Although I've never traveled to Pakistan nor met many of the remarkable women in The Other Half of Tomorrow, these portraits promise to shed light on an increasingly important issue in the midst of an ever-more politicized media culture.

Reached via email, co-director Shepard (a documentary filmmaker and author of The Girl from Foreign: A Memoir) shared insights into the making of the film just prior to its screening at the Margaret Mead Film Festival.

What drew you to the particular stories and individuals that you have selected for your film?

Each time I've visited Pakistan, I've been struck by the tremendous power of women who are taking an active role in shaping Pakistan — as educators, activists, artists, politicians — and each time I return home to the U.S. I'm reminded of how rarely their stories get told. My mother, Samina Quraeshi, has spent her career exploring Pakistan's cultural heritage, and in 2009 decided that she wanted to create a media initiative that would bring the stories of women working for social change in Pakistan to a wider audience. In 2010, Samina asked me and my husband, cinematographer Andreas Burgess, if we'd like to collaborate on this project and we jumped at the chance.

Thanks to grants from Asian Cultural Council, Henry Luce Foundation and G. Barrie Landry, the three of us traveled around the country seeking out and filming women who were working to make a positive impact in their communities. We met a number of inspiring people and it was obvious that there was far too much material for one documentary. Instead, we decided to make a series of short film chapters that could be seen either together or separately and started interviewing potential subjects, focusing on issues such as women's education and empowerment, creative expression, and combating the rising extremist threats to the stability of the country.

We were fortunate to work with two women's organizations in Pakistan, All Pakistan Women's Association (APWA) and Shirkat Gah, who served as advisors on the project and were instrumental in the casting process. In 2012 we returned to Pakistan, thanks to support from the Germeshausen Foundation and Betty Saks and Bart Kavanaugh. For each film we were looking to profile a woman working to change the lives of those around her and lead the next generation of Pakistanis.

How do the individual stories in your film converge, and how are they distinct? In exploring a range of Pakistani women, what are some elements that make these women's identities uniquely Pakistani, and what are some stark differences that attest to the plurality of the Pakistani women's experience?

Pakistan is a young country with a number of separate but overlapping cultures — we felt that the structure of our project should reflect this. We knew that with only ten films we would never be able to represent an entire country, but our aim has been to represent the diversity that makes Pakistan so rich and to give a sense of the breadth and range of the lived experiences of its female population. The films are designed to be shown together as a single program of 70 minutes, or as individual units. In our program, you'll hear from women as different as Rani Shameem, a self-taught poet in a village in rural Punjab, and Zebunissa Bangash, one half of Pakistan's popular music duo Zeb & Haniya.

What unites the women of The Other Half of Tomorrow, whether they live in a village or in a major metropolitan area, is their deep commitment to Pakistan and to breaking down barriers for women across the country. Their circumstances are quite different but they share a common sense of purpose.

What are some of the stereotypes of Pakistani women that you have observed? How does your film address these stereotypes?

Perhaps the most pervasive stereotype regarding Pakistani women, at least in the West, is that they are downtrodden, submissive, and timid. One of the most exhilarating parts of the filmmaking process was to meet time and time again women who were confident, empowered, and overwhelmingly positive. We feel a keen desire to help these stories get heard and to balance out the reductive ways in which people outside of Pakistan see the country, and especially its female population.

Another aspect that struck our team on many of our shoots was not only the tremendous personal initiative and strength of each woman we interviewed but also the openness and support of the men in their lives. A number of the women in The Other Half of Tomorrow have grown up with progressive, forward-thinking family members who have made it possible for them to be groundbreakers in their various fields. And this is something that cuts across geographic and class lines — it's too simple to say that open-minded families only live in urban areas, or exist only among the educated elite. We found that often it's not only stereotypes of women in Pakistan that are insidious and hard to break but stereotypes of Pakistani men as well. Across Pakistan there are unusual, thoughtful men determined to help their daughters, sisters and wives succeed. They deserve to be highlighted and commended.

The representation of Pakistani women cricket players in a documentary for international audiences promises to be a provocative subject. How do you think this particular segment can change perceptions of Pakistani women?

As Americans we tend to view Pakistan through a national security lens — what can Pakistan do for us and how does our relationship with Pakistan make us more or less safe? As a result there are stories of vibrant change taking place that fall outside of this rubric and never get covered. Here's a group of young women determined to put Pakistan in the news for something other than terrorism and sectarian strife, who are very focused on how cricket and their visibility as female role models can help the women around them. They also look, sound and move through the world in a way that's radically different from dominant perceptions of women in Pakistan. Our film about Captain Sana Mir profiles a dynamic young leader passionate about sports as a platform for women's empowerment.

In addition, the team is a microcosm of Pakistani society, with young women from big cities as well as small towns, from different ethnic groups and religions. In a place as socially stratified as Pakistan, it's invigorating to see a group of citizens from different socio-economic backgrounds, religious sects and regions unite for a common cause. They are Pakistan's first generation of professional female athletes, breaking into the news through such high-profile victories as the 2010 Asian Games, where they won the gold medal. It's really exciting material and such a joy to shoot; their enthusiasm is completely contagious. We're currently developing a longer documentary about the team and are fundraising to follow them to the ICC World Cup in India in 2013.

Language and local sensibilities are major elements of a culture that are perhaps the most difficult to convey in documentary films. How does your work in Pakistan address this problem?

Though it's often portrayed as a monolithic culture, Pakistan is in fact made up of a variety of overlapping layers and languages. We felt that it was critical that The Other Half of Tomorrow demonstrates Pakistan's vast ethnic and linguistic diversity by showcasing stories from a range of regions, languages and groups. We were fortunate to have a translation and subtitling team in three continents who transcribed and translated footage in six languages: Urdu, Sindhi, Balochi, Punjabi, Pashto and English.

Local sensibilities about photography, and especially photographing women, vary widely all over Pakistan. In some places we met women eager to appear on camera, while others considered it taboo. In almost every context we found that the fact we were working as a family — a mother, daughter and son-in-law — made a huge difference. We shot in a number of intimate, domestic spaces where strangers with a camera would not have typically been allowed. Many people were intensely curious about our crew; what was a Pakistani mother doing with an American daughter, and who was this blond cameraman? We often ended up swapping stories about our respective families and what it's like to work with your relatives. It turns out that it's not always easy, but it's worth it.

Video: Watch a trailer for The Other Half of Tomorrow