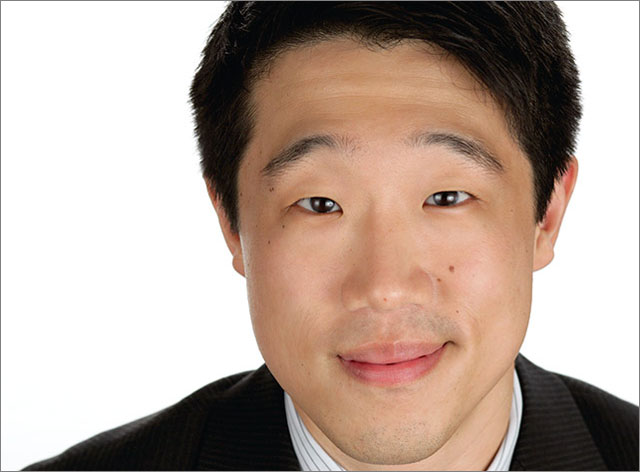 Born in Atlanta, Georgia, Raymond J. Lee was involved in music from a very young age, having started playing the violin at six years old. He went on to realize his love for performing and changed career paths from pre-med to the Radio/Television/Film program in the School of Communication at Northwestern University, and was later accepted to the prestigious Musical Theater Certificate Program. Lee moved to New York City upon graduation and simultaneously worked for MTV Networks while trying to make his big debut in show biz, which he found with the Shakespeare in the Park production of Two Gentleman of Verona. In 2003, Lee competed in the NBC reality show Fame, where young performers were groomed to become all-around superstars.

Lee's Broadway appearances include the smash-hit revival of Anything Goes in the role of "John," Mamma Mia! (Eddie), Applause at City Center's Encore Series, the title role in the New York Fringe Festival production of Victor Woo: Average Asian American, and various readings and workshops, including Shrek and Honeymoon in Vegas. He has also produced and directed several Mamma Mia Easter Bonnet and Gypsy of the Year presentations. Later this fall, Lee will be part of the world premiere cast of Honeymoon in Vegas at Paper Mill Playhouse.

When did you first realize that you wanted to go into the entertainment industry? How did your friends and family react?

I grew up loving to perform ever since I was a little kid, whether it was in front of my school or my church, so I guess I got bit by the performance bug at a young age. However, I didn't think I could have ever a career out of it until I graduated from college. My parents had groomed me to be a doctor and I was pre-med chemistry until my sophomore year of college, and realized I had to pursue what I loved to do. I transferred to the School of Speech at Northwestern University and started doing theater and film. My friends have always been my rock when it comes to this business and they have been the ones to push me and support me when I needed them.

What were some obstacles that you faced while pursuing your dream? Can you identify for us a make-or-break moment in your career?

I would say that my parents were definitely an obstacle, but I don't blame them at all. They came to the U.S. as immigrants and just wanted the best for their kids, and to that generation that meant being a doctor or lawyer or graduating from Harvard University. I think another obstacle I've faced is being pigeonholed as a certain type of performer or actor, which actually is an obstacle for all actors. I love doing all sorts of different projects and roles and pride myself on being somewhat versatile in all aspects of entertainment, and I never want to be pigeonholed into one specific category.

I think one of the biggest moments of my career was making it onto the NBC show Fame back in 2003 because it was my first professional gig and really showed me that I could maybe perform for a living. Also making my Broadway debut with Mamma Mia! was a huge milestone in my career filled with many happy memories.

I think few Asian Americans are cast in New York City productions because there just aren't enough principal Asian American roles on Broadway, and this needs to change! I think that the industry believes an Asian American presence in a show/film has to be justified when in fact, Asian Americans are just as real everyday people any other race. I always tell people that a character is Asian by just casting an Asian actor in that role. You don't have to put chopsticks in their hair or make them talk in a ching-chong accent. Personally I try hard to go to auditions and represent Asian American actors today. We sing pop, we riff, we dance hip-hop, we dance ballet. We do it all!

I also believe we need more Asian Americans to write, produce, direct, and be on the creative side of things. If we have a voice behind the table or behind the camera, that'll help the rest of us who are trying to be on stage or in front of the camera. I challenge local theaters and all theaters to open their minds and be flexible in an Asian American actor playing a specific role. A role like Tevye from Fiddler On The Roof might be a huge stretch but a role like Seymour from Little Shop of Horrors could be a very real possibility.

Would you say that there has been a progressive movement in changing the Asian American stereotype in the media or not?

I think there has been progress, albeit not as fast as we would all like. I do see more Asian faces on screen and on stage that are generally gearing away from the Chinese deliveryman or the Asian computer nerd, but progress could be faster, mainly because Asian Americans are everywhere these days and not just in those stereotypical roles in society. I actually have to hand it to reality television for casting so many Asian American faces, especially in shows like Top Chef and Project Runway because it inspires younger Asian Americans to pursue their dreams.

What are you working on now? Where do you see yourself five years from today?

I will be appearing in the upcoming world premiere of Jason Robert Brown's new musical Honeymoon in Vegas at Paper Mill Playhouse, which stars Tony Danza. I'm extremely excited about being a part of this production because I get to be part of the first-ever, world premiere cast! And there are two other Asian American faces in the cast! Go Asian power!

I've also written my first screenplay, based on my web series, entitled Thank You Next, about a misfit creative team trying to cast a Broadway musical. My team and I are currently looking for investors in the film, so if anyone out there is looking for an amazingly funny project, please email me!

What words of encouragement would you give to aspiring actors and those pursuing their dreams in the face of incredible odds?

I would tell fellow actors to hang in there and work hard. This is a hard profession and definitely tests each and every one of us. If this profession, or any profession, is so important that you can't imagine life without it, then that is what you are supposed to do in this lifetime. I can't imagine my life without theater and the arts.

Also remain humble and a team player. I think those two things will get you extremely far in life.