Interview: For Editorial Cartoonist 'KAL,' Pen is Definitely Mightier Than the Sword 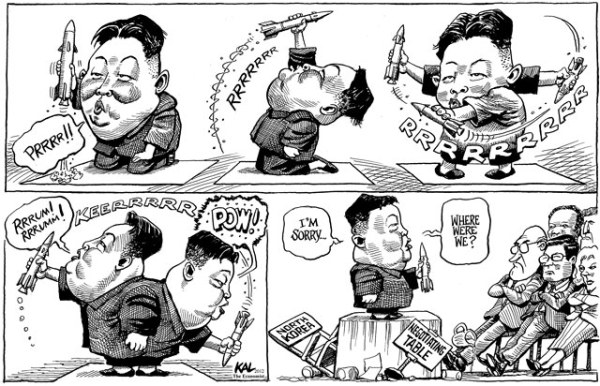 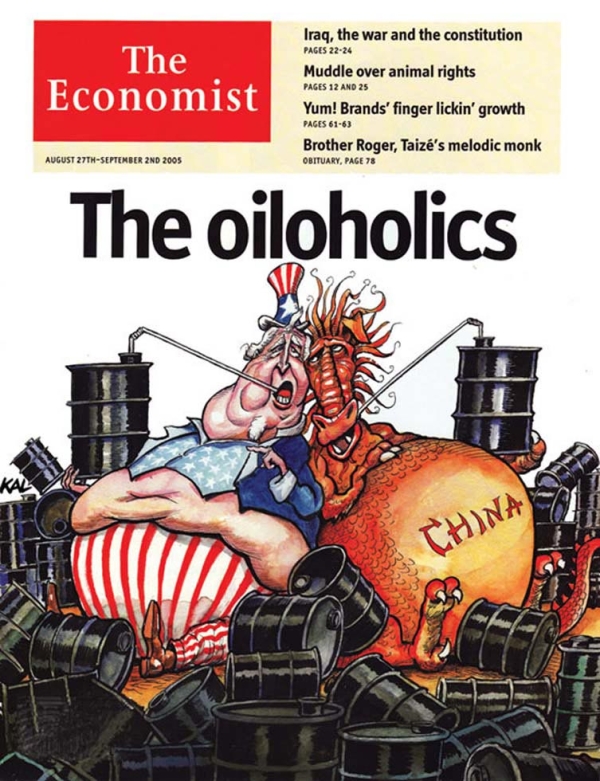 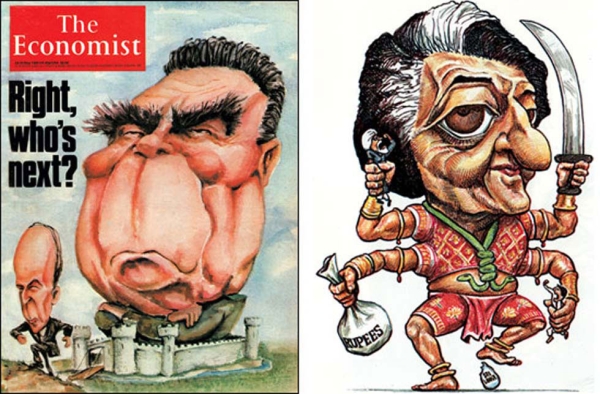 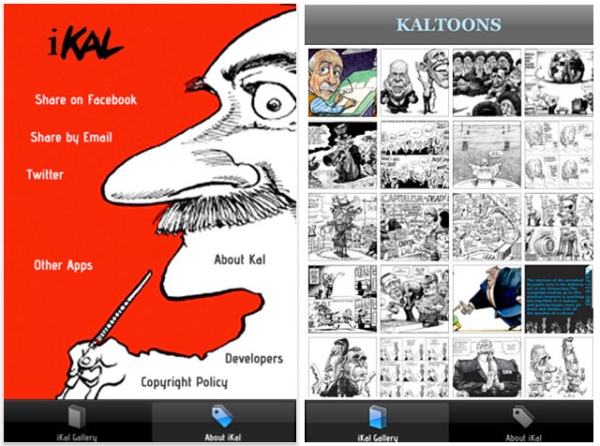 For more than 35 years, Kevin "KAL" Kallaugher has been one of the major talents in the field of editorial cartooning, both at The Economist magazine (which recruited him in 1978 as its first in-house political cartoonist) and at the Baltimore Sun, where he reigned from 1987 to 2005 and resumed his duties earlier in 2012.

Kallaugher's intricately rendered, unfailingly accurate caricatures have graced more than 120 Economist covers, and it is estimated that he has produced several thousand editorial cartoons for that publication and the Sun. His satiric gifts achieved international reknown in 1984, when an Economist cover drawing he did of Indian Prime Minister Indira Gandhi led to that issue's being suppressed all over India. Perhaps as a result of that experience, Kallaugher has been an active campaigner for freedom of expression around the world, most prominently as President of Cartoonists Rights Network International, a nonprofit dedicated to protecting the rights (and physical safety) of editorial cartoonists worldwide.

Kallaugher's productivity isn't merely confined to the print medium, either. His animations have aired on CNN and ABC's Nightline, and in 2006 he became Artist-in-Residence at the Imaging Research Center at the University of Maryland, Baltimore County, where he helped pioneer the creation of 3D digital caricature and now collaborates on USDemocrazy.com, a website and blog intended to help American teenagers engage with politics. As if all that weren't enough, in 2010 Kallaugher launched his first iPhone app.

Kallaugher will reveal discuss these and other activities, and reveal some of the secrets behind his art, when he makes an in-person appearance at Asia Society Hong Kong tomorrow, November 29. (Rumor has it he may even teach the audience members how to draw Barack Obama.) Asia Blog caught up with the busy cartoonist via email just prior to his Hong Kong talk.

Your 1984 Economist cover of Indira Gandhi led to a nationwide suppression of the magazine. Has anything else you've drawn ever met with that kind of censorship — and does an editorial cartoonist feel any kind of pride when his work clearly touches a nerve in this manner?

As a cartoonist, it is almost certain that every cartoon you create is annoying someone. Editorial cartoons are, by their nature, a negative art form. We cartoonists harness caricature and satire to be deployed against our targets of choice. The targets and their supporters often take offense at such pointed criticism, particularly if an unflattering caricature is involved. As a result, a large amount of the reaction a cartoonist gets from the public in the form of letters, emails, and faxes is negative. Those who feel aggrieved are inspired to let you know. It comes with the job. When government figures take note of your cartoons it is another thing. There is some satisfaction to know that your work has hit the intended target.

With the Cartoonists Rights Network International, you've drawn attention to the plight of editorial cartoonists whose work leads to their being persecuted or threatened by their governments. What does that kind of persecution tell us about a given regime or society?

I think you can judge the maturity of a society by the amount of satire it can endure. A country that can weather withering caricatures of its leaders is truly tolerant and free. There aren't many countries today that enjoy such freedom. In the history of mankind, it is a virtual nanosecond when such freedom has been enjoyed. In this way cartoonists around the globe are in the front line of freedom of expression.

We're fascinated to learn that you recently returned to drawing a weekly cartoon for the Baltimore Sun while you continue to work for The Economist. Is it a challenge to switch from the international context to the more local one — or might they ever rub off on each other in creatively fruitful ways?

Each of the two audiences you describe are indeed different. But I thoroughly enjoy the challenge of engaging both on different terms. I was fortunate to have resided in the UK for over a decade. There, I became fluent in English. My mother tongue is American. So when I work for either The Sun or The Economist, I communicate in the language of those organs. I am mindful of the idioms, cultural references and interests of each audience when I am crafting my cartoons for each publication.

You have your own iPhone app and have explored the use of 3D digital caricatures at the University of Maryland's Imaging Research Center. Is it fair to assume that digital or multimedia represents a logical next phase in the long tradition of editorial cartooning?

Absolutely, I am very excited about the prospects for visual satirists in the digital age. I am very fortunate that I work in both pen and pixel. I create traditional editorial cartoons using cross hatching with century-old pen nibs... and I create animation using 21st-century software. I can easily imagine political cartoons like mine coming to life on people's smartphones and tablets. While it is sad to witness the decline of print cartoons, it is exciting to be a part of promising new era of visual satire.