Interview: Author Tahmima Anam Asks, Who Is the 'Good' Muslim? 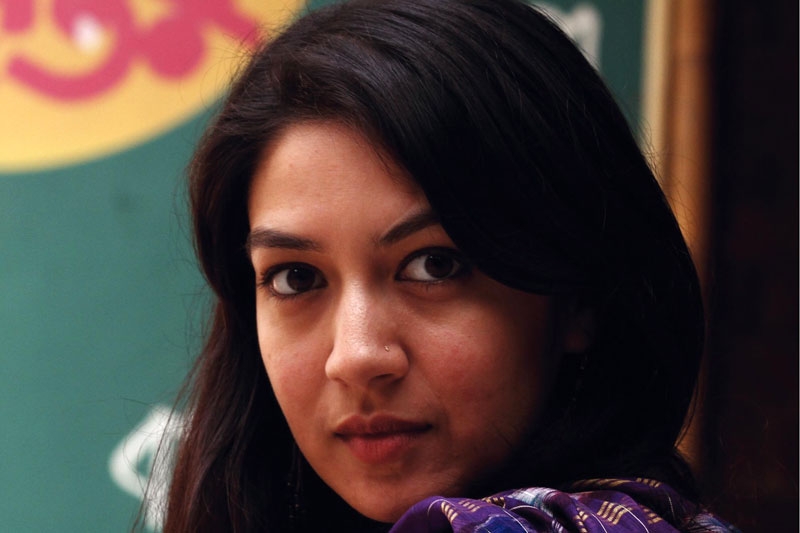 Bangladeshi novelist Tahmima Anam won worldwide acclaim for her 2007 novel A Golden Age, the first volume in a planned "Bengal Trilogy" that follows one family from the period just before Bangladesh's war for independence, in 1971, through the subsequent decades.

Anam has now published the trilogy's second installment, The Good Muslim, which focuses on the siblings Maya and Sohail Haque, both former revolutionaries, as they try to move on from wartime trauma and function in a still-struggling young nation. The book has already been praised as "stunning" by the Independent UK and "powerful and lyrical" by The Asian Review of Books.

Anam will appear at the Asia Society in New York on Tuesday, September 13 in conversation with writer and artist Samina Quraeshi. For those who can't attend in person, a live webcast will air at AsiaSociety.org/Live at 6:30 pm ET; online viewers are encouraged to send questions to moderator@asiasociety.org before and during the event.

Anam answered some questions for us via email just before leaving her home in London for the United States.

You were born shortly after Bangladesh achieved independence, but in both of your novels you write from the perspective of the two generations of Bangladeshis preceding your own. How are you able to inhabit these characters' lives so fully? What kind of research goes into the books?

I did a lot of research for the first novel, which was set entirely during the war of independence. I was actually studying to be an anthropologist at the time, so I spent two years doing field research, which involved traveling around Bangladesh and meeting people who had participated in the war. It was an oral history project.

But once the research was complete, I found myself drawn more and more to fiction. I didn't feel that an academic book would allow me to bring this event to life. That is how the first novel was born.

When I began to write The Good Muslim, I returned again to Bangladesh and talked to people about what the immediate post-war situation was like, and they told me about some of the challenges they faced as they transitioned from being revolutionaries to being citizens of the new nation.

Publishing a book called The Good Muslim in 2011 is basically asking for debate. Do you have any sense of how your readers are interpreting that title? It seems to me we're free to apply it equally to Maya and Sohail — and then discuss its appropriateness from there...

Yes, the title is meant to ask a question. Which of the characters is the good Muslim? Is it the one who rejects her faith, or the one who embraces it? The reader is free to draw his or her own conclusion. I also wanted to point to the fact that these debates and contestations over the meaning of faith are ones that are occurring within Muslim communities (not just between the so-called "Muslim world" and the "Western world").

A lot of people have asked me about the title, but I always reply that it's not for me to say who is the good Muslim — it is for the reader to decide. At different points in the book, all the characters make moral choices.

You were at pains to make Sohail's conversion psychologically plausible — and it's clear that in the early stages, before his move into overt fundamentalism, faith offers a damaged soul like him a chance at wholeness. Can you elaborate on that character development a little for us?

This was the most difficult part of the book for me to write, because I did want Sohail's conversion to feel to the reader like something he really needed — that his faith became a moral scaffolding on which he could hang the rest of his life. And when he first turns to his faith, it's his sister, the more secular character, who rejects him. You can argue that she's the fundamentalist, and that perhaps if she had taken a more balanced view of his conversion, he may not have taken things as far as he does.

Are you allowed to say anything about the third book in the trilogy? (I found it more than a little ominous that Sohail is on his way to Saudi Arabia when we last see him...)

The third novel will be about Zubaida, Maya's daughter, and it will take place on the ship-breaking beaches of southern Bangladesh. I can't say more than that — it's top secret!