India in a Sticky Situation 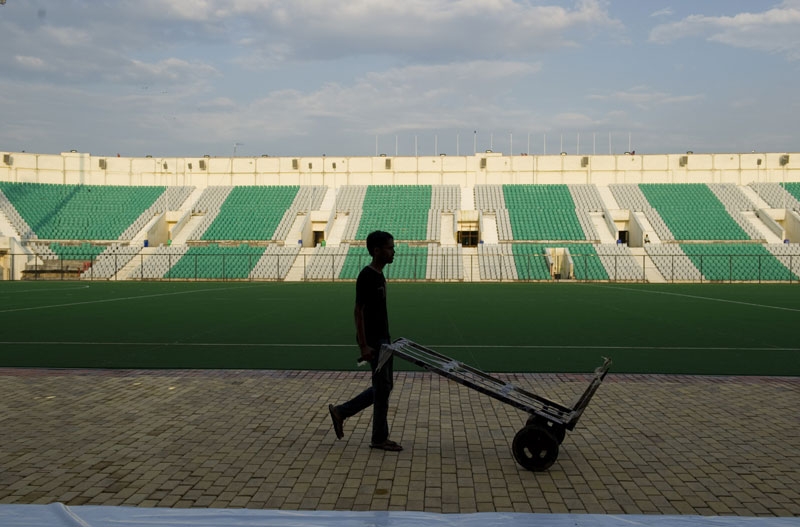 Bad news for India this month. After facing an outbreak of dengue fever in the capital, fatal riots in Kashmir, and the shooting of two tourists earlier this week, India is today's hot topic in the global media.

In an attempt to complete major construction of residences and facilities to host next month's Commonwealth Games, Indian capital New Delhi is facing major hurdles this week regarding unhealthy and unsafe environments for attendees. Piles of rubble and incomplete housing are few of Delhi's problems at the moment, as seemingly, athletes (and organizers) will have more obstacles to face than just those on the fields.

But Indian authorities are insisting the site will be ready on time. Responding to lurid accounts of unsanitary conditions in the facilities (like rooms soiled with excrement and stray dogs sleeping on some beds), committee secretary-general Lalit Bhanot said he understood the concerns facing the event, but suggested the complaints from foreign delegations could be due to "different standards about cleanliness."

India's Ministry of Sport promised that the "village" where athletes and their families will be residing would be ready by March 2010. After investing so much money and labor into the games, Delhi now faces the risk of their being cancelled, as many athletes have already begun to pull out because of safety and sanitary concerns. To see the latest photographs of the facilities, click here.

How can India get its act together in order to avoid embarrassment, just days before the games are due to start? Join the discussion by leaving your comments below: