The Increasing Challenge of Foreign Correspondence in China

The rise of Xi Jinping as China's most powerful leader in decades has coincided with tightened censorship, heightened propaganda, and greater pressure applied to foreign correspondents than before. In this challenging environment, Megha Rajagopalan has worked since 2017 as a Beijing-based correspondent for BuzzFeed News, where she has covered a range of stories in China, North Korea and elsewhere in Asia. In particular, she has distinguished herself with her reporting in Xinjiang, China's far western region, where government forces have conducted a systematic campaign of repression against the Uighur minority.

In a recent interview with Asia Blog conducted by email, Rajagopalan discussed the challenges of covering China during the Xi era, how she's perceived there as an Indian-American, and what she thinks will happen to Uighur culture.

Your reporting work in China has coincided with the emergence of Xi Jinping as China’s most powerful leader in decades — and a corresponding media crackdown. How has this affected your ability to report? What has changed?

I started working as a reporter in China right before Xi Jinping came to power, so unlike that generation of China correspondents who were writing during the Olympics period, I don't have a real basis to compare with the Hu [Jintao] era because I never really covered it. But I do remember coming to China as a student, and as a Fulbright fellow, with a sense of youthful optimism for greater openness in spheres like the internet and Chinese media — optimism that has since proven to be largely unfounded.

I think that foreign journalists everywhere depend pretty heavily on the domestic press and social media to find stories, to figure out what's important, and to understand what intellectuals are discussing. The crackdown on media in China has meant that it serves a very different function for us — we look at newspapers like the People's Daily to read between the lines on what the [Chinese Communist Party] is thinking. That's very different from reading newspapers for the actual journalism inside. So in that way, I think because there are so few local reporters that are able to do incisive, adversarial, complex reporting anymore, the result is that international media doesn't benefit from that resource and so neither do international audiences, which is unfortunate.

Have you found it more difficult to get Chinese sources to be open with you?

I think the strangest part of reporting in China is that most people you'd like to talk to really don't have any incentive to talk to you. In almost any other country there would be a subset of sources — including politicians, academics, bureaucrats and others — who would be eager to speak to journalists for many reasons. Their incentives might be to raise their public profile, shed light on wrongdoing, push an agenda, or any number of other things.

I think the strangest part of reporting in China is that most people you'd like to talk to really don't have any incentive to talk to you.

In China, those incentives just don't matter as much as far as international media is concerned. Anything good that can come from being quoted by international media is generally far outweighed by the negative consequences of saying something wrong or even just speaking to foreigners about something that could be sensitive. State media also regularly bashes the international press, so I find that we as an institution are simply not trusted in China in the way that we are in other places. We were dealing with being seen as “fake news” way before [President Donald] Trump popularized that term in the U.S.

So it is very difficult to convince people it's in their interest to speak to you, and that you're willing and able to protect them. It means you end up having to rely a lot more on personal relationships with people to be able to speak openly with them because the level of trust has to be so much higher. It used to be that this was less true of people like political dissidents and activists, but even that is changing to some extent because of worries about surveillance and because the pressure from the government is so great.

Some of your most trenchant work has been in Xinjiang, where the Chinese government has used surveillance technology to monitor ethnic Uighurs and have also expanded political re-education camps there. Where do you think things in Xinjiang will look like in another five to 10 years? Is a unique Uighur culture at risk of extinction?

I honestly don't know. In Xinjiang, what we've seen over the years are waves of heavy repression and then small amounts of easing. I very much hope that there will be a period of easing after this. I think many of the new measures involved in the surveillance and repression of millions of ethnic minorities there can be linked to Chen Quanguo, the Xinjiang party boss who took power in 2016. He was previously in Tibet and responsible for a lot of the restrictions there. So it's hard to tell to what extent those policies are linked to his priorities and worldview, or if we're seeing the beginning of a trend that will last another five or 10 years. 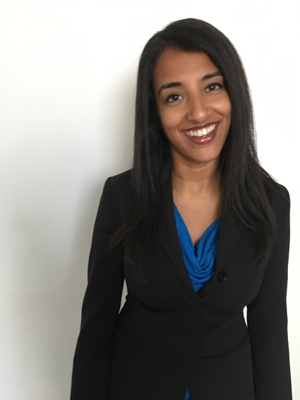 I do also worry that there will be a backlash within the Uighur community and that whatever form that takes will then be used as an excuse for still more repression — or worse. There are now hundreds of thousands of Uighurs being held in prison camps there for "re-education." I have to wonder what the end game is. Is this going to become a semi-permanent prison state? There are small numbers of people leaving this prison camp system, and some people I've talked to have said it's because they're able to bribe officials to do that. But by and large, we're now talking about a huge number of people being held indefinitely.

As far as Uighur culture, it survives in exile and I think that it will continue to do that. Uighurs I've met abroad have a tremendous amount of pride in their culture and practices. I think part of that is that they feel it must survive in exile because it is under threat of, as you say, extinction in China. I met a man named Abduweli Ayup last year in Turkey — he's a Uighur linguist who has a deep love of languages, and he's actually not that interested in politics. He made it his life's work to open a chain of schools in Xinjiang that taught children in the Uighur language, and taught them about their culture. For this he was surveilled for years by secret police, arrested, subject to abuse and torture — and still, when he was finally released, he went right back to trying to find ways to teach Uighur children their own language, and he didn't even leave Xinjiang until it became clear that he couldn't avoid getting arrested again. There is something deeply admirable about that level of commitment to passing on a culture to the next generation, a culture that's in danger of being extinguished.

I came to China for the same reason as a lot of white journalists — that it's a complex and exciting country whose rise is one of the most important news stories of our time.

How have the people you’ve encountered in China — from colleagues to sources and others — perceived your identity as an Indian-American? And how has this affected your work?

I do get a lot of "well why would you come here, why don't you work in India?" More when I was starting out than now, and most often from colleagues. I used to find this very annoying because I put a lot of effort into learning Chinese, and frankly, I came to China for the same reason as a lot of white journalists — that it's a complex and exciting country whose rise is one of the most important news stories of our time. I've been told by foreign correspondent friends with Chinese heritage that they feel pigeonholed into covering only China, so that's the other side of that coin.

People often ask me if I face racism in China — based purely on my personal experience, it is no worse than anywhere else. I did use to have some trouble getting taxis before the rideshare era. I think most Chinese people do not have a lot of experience with dark-skinned people beyond what they've seen in movies, so if they recognize me as Indian they often think I'm an excellent dancer because of Bollywood. A fair number of people have inquired whether I'm from Africa because there are just so few people with dark skin in China that some people just don't even really know what South Asians look like. Obviously, this is a generalization that doesn't extend to the growing class of people who are more worldly.

There is a subset of people who think darker skin is bad, full stop, though most people would not say that to my face. But I think that many Chinese people are still so shocked by foreigners speaking their language that when they hear me speaking Chinese, it's like I've already broken their first big preconception and it sort of opens the door to breaking more of them. It does make me very conscious of the fact that I might be the only dark-skinned person some of these people will ever meet, so I better do a good job representing!

In terms of my work, I often say that everyone has their cards to play. Journalists who appear East Asian find it easier to report in places where foreigners tend to be detained, like towns in Tibetan Sichuan and the North Korean border for instance. Older men, I think, tend to get taken more seriously when requesting high-profile interviews. For me, I just don't look like whatever most people imagine when they think of a "foreign journalist" — I assume they're imagining a man standing in front of a camera saying "This is CNN." So I generally wear jeans and a t-shirt and carry a backpack whenever I'm out reporting, and much of the time I get mistaken for a foreign student. Foreign journalists get detained quite a lot in China for several-hour periods, which is generally pretty disruptive to your work, but I've avoided getting detained on many occasions because local police officers and their informants just don't perceive me as a threat. I think that's probably because of my race, my gender and the fact that I can pass for younger than I am.

What are certain aspects of contemporary life in China that news stories often fail to convey?

China is much better covered in the international press than most parts of the world. I think that's a function of it being a big, important country and also a place where many correspondents covering the region are based. That being said, we still do miss a lot, particularly the impacts of long-term trends. For instance, the impacts of the One Child Policy — from the gender imbalance to the issues around the aging population — are probably way undercovered relative to their significance. Urbanization and mass migration are taking place on a scale that's unprecedented in human history in China right now, largely as a result of government policy. I think the gap between the rich and the poor is also something that almost everyone I know in China thinks is important, but is very hard to explain in news stories because it's this dynamic that has been present for a very long time, and it's hard to find individual stories that encapsulate how shocking that difference can be.