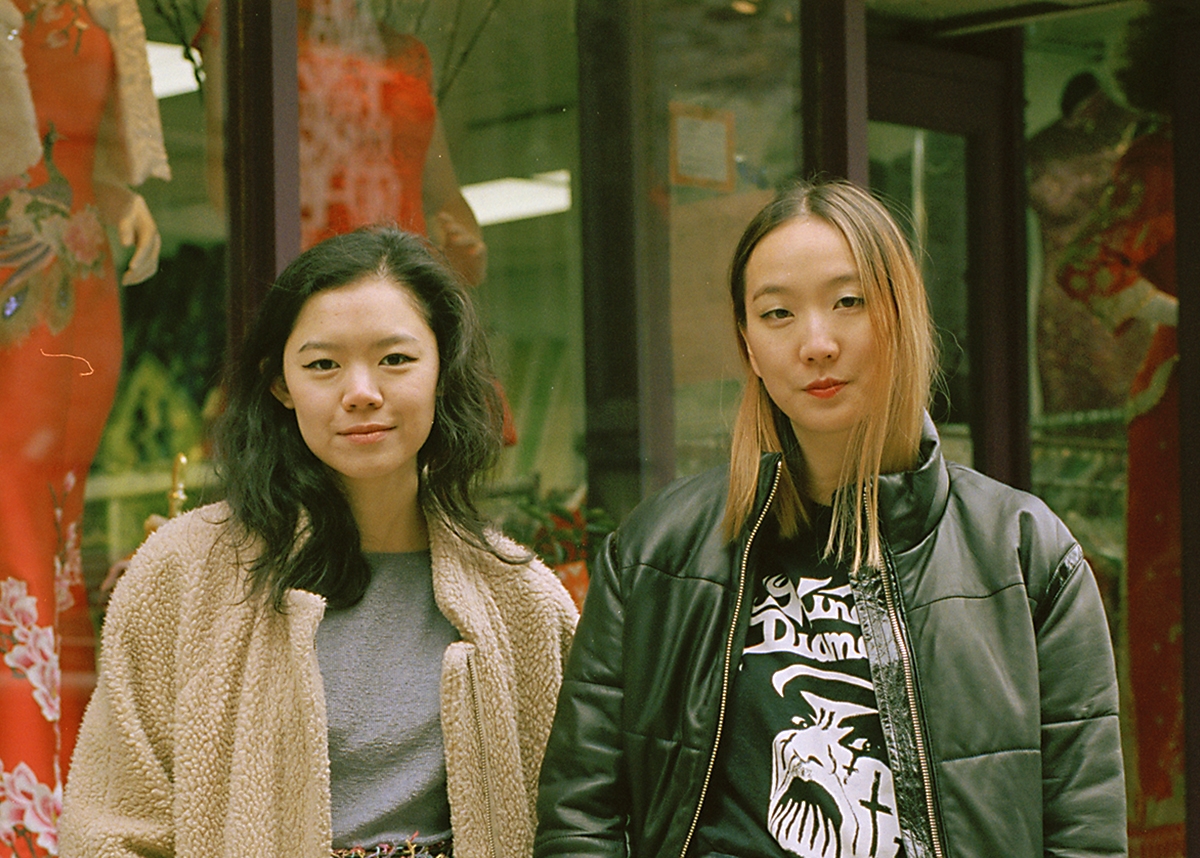 Kathleen Tso and Vicki Ho met while participating in a short film about women who dress for themselves — to "repel men." The only Asians on set, they became close friends and in 2015 launched Banana magazine, an annual print publication that showcases Asian American now-ness, creativity, and identity — a curated time capsule of “All Things AZN." Currently, Kathleen is the senior content strategist and Vicki the communications director at Movement Strategy in New York, a social media agency. Owing to the nature of their jobs, they decided to make Banana a print publication, knowing how news stories can quickly recede in today’s churn of digital content.

Vicki and Kathleen spoke to Asia Blog about their childhood, their vision for the magazine, and what the word "banana" means to them. The interview has been edited for clarity and length.

How did Banana magazine come about?

We were extremely inspired by Street Etiquette, a collective/blog that rallied the creative black community in New York. We noticed that there wasn’t something similar to that in the city for the Asian community. After a few margaritas, we decided we should create a platform for the creative class of Asian Americans and beyond.

“Banana,” a slang term for an Asian who is white on the inside and yellow on the outside, was something your families jokingly called you when you were growing up. Some say it's derogatory. Why did you choose it for your magazine? What does it mean for you today?

We like “banana” because it’s an insider term used by our own community. Though the “white on the inside” doesn’t give full representation of the many cultures in the American experience, and “yellow on the outside” doesn’t extend to all Southeast and South Asians, the idea of the term is that Asians on both sides of the hemisphere are getting influenced by both Eastern and Western cultures. We’ve heard “you’re not American enough” or “you’re not Asian enough” our whole lives, and we’re proud to have grown up with the two different influences — it’s shaped into a new kind of identity that includes both influences.

Kathleen, you grew up in a mostly white town in Texas. And Vicki, you were raised in New York in a predominantly Asian neighborhood in Brooklyn. What was your upbringing like for both of you?

KT: I grew up in a predominantly white suburb in Allen, Texas, about 30 minutes north of Dallas. My parents sent me to Chinese school every Sunday and in the summers, but my classmates were pretty much all white until I was in the seventh grade. Unfortunately, that led me to want to shed my Asian identity. All I wanted to do was fit in. That sucks to think about, looking back.

VH: I grew up in a predominately Asian community in Brooklyn actually. I went to Chinese camp, Chinese school, and was participated in a lot of extracurriculars with many other Asians. However, I didn’t have the same interests as my peers when I was younger and it led me to shy away from my own culture because I felt like I couldn’t relate. Looking back, I’m super ashamed I ever felt that way but also understand why.

Banana’s headquarters are based in Manhattan's Chinatown, where there has been a growing movement against gentrification and the displacement of long-time residents and businesses. How do you feel about how the neighborhood has changed?

In Banana Issue 003, we get into this conversation about Chinatown and how the neighborhood is changing. We spoke to Wilson Tang (owner of Nom Wah), who curated a group of Chinatown residents and business owners who are helping change the neighborhood for the better including Phil Chong Jr. of Canal Street Market, photographer An Kong Xu, director Evan Leong, Sophia Ng of Po Wing Hong, Christopher Wong of Breakroom and Juicery, and Calvin Eng of Nom Wah Nolita. There are definitely people in our generation who are finding a balance between preservation and adaptation in the neighborhood.

How would you like to see the Banana platform evolve in the near future?

We’d love to continue to build a community with Banana, whether it’s having more events and programming, or even evolving into an actual physical space where our community can meet.