Has India's Time Come? An Interview With Alyssa Ayres 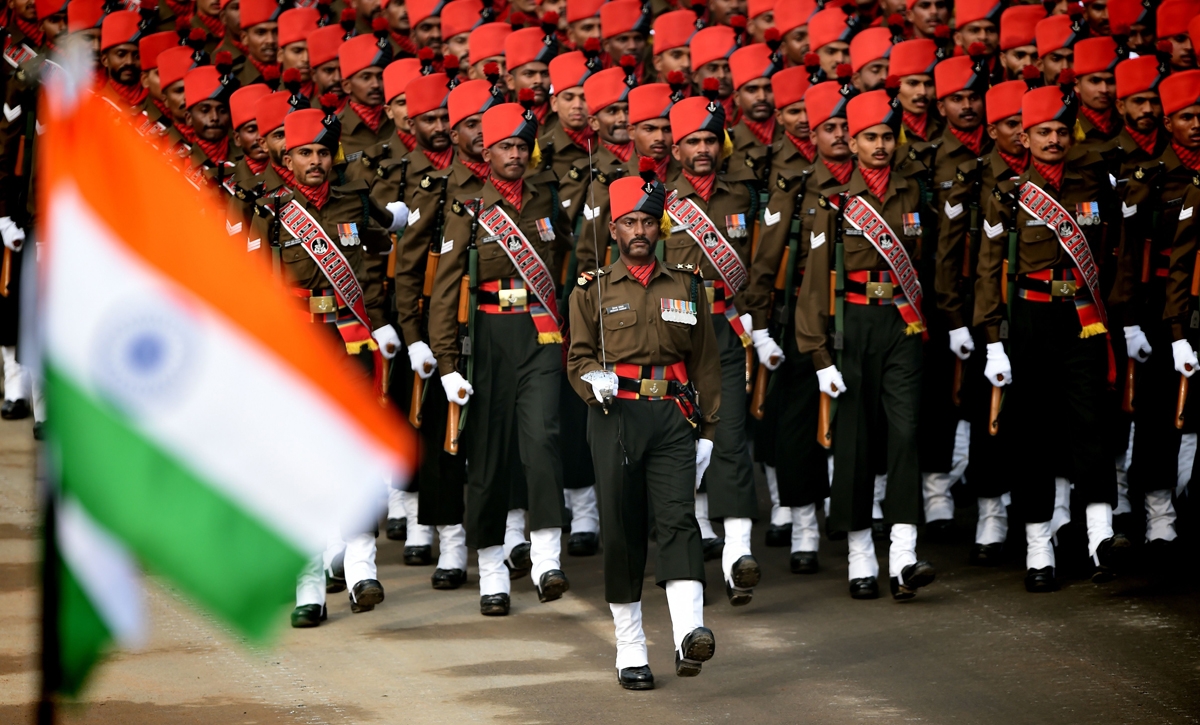 India has started 2018 with a flurry of activity that showcases its growing strategic importance on the global stage. Earlier this week, Narendra Modi became the first Indian prime minister in more than 20 years to attend the World Economic Forum in Davos, delivering a speech that championed democracy, globalization, and international cooperation to combat terrorism and climate change.

The world has taken notice. Just last week, Israel Prime Minister Benjamin Netanyahu made a historic six-day trip to India to strengthen bilateral ties, a sign of how far the relationship has come from the estranged days of the Cold War. Netanyahu and other global leaders and experts also participated in the Raisina Dialogue, an international policy conference in New Delhi organized by the Observer Research Foundation and India’s Ministry of External Affairs. And today, Modi is hosting 10 leaders from the Association of Southeast Asian Nations (ASEAN) as chief guests at India’s Republic Day parade.

Such diplomatic commotion should not surprise anyone who has watched India closely in recent years. In her recently published book Our Time Has Come: How India is Making Its Place in the World, Alyssa Ayres, senior fellow for India, Pakistan, and South Asia at the Council on Foreign Relations, points to this activity and India’s confident foreign policy approach to show that New Delhi is ready to “carve out a larger role for itself globally.” The book tracks India’s evolution on the world stage to make the case that India is no longer merely emerging but on its way to becoming a “leading” or “global” power.

Asia Blog spoke to Ayres about India's increasing assertiveness on the global stage.

Your book describes an India that is finally taking its “rightful place” on the global stage. How do you think Indians would define this phrase?

The book is about India at an important moment of change in its global role. The title is a quote — from two prime ministers, Narendra Modi and Manmohan Singh — and captures the sense that India is on the brink of realizing its ambition to be recognized as a global power in a multipolar world.

Now, it is certainly the case that India remains on the outside of major global institutions, such as the U.N. Security Council, and feels it deserved a greater voice in the World Bank and International Monetary Fund. So in the world of global governance, India has not arrived. But economically, India is moving into the ranks of the global heavyweights, potentially becoming the fifth largest economy this year. That is suddenly a different place on the world stage. We should recognize that change for what it is.

In the course of your research for the book, what did you learn about India that surprised you the most?

I had not adequately appreciated exactly how large the Indian automobile industry has become. I grew up in a General Motors family in the Detroit area. In my childhood, no one would have thought of India as a major auto power.

But today India’s auto production is close to South Korea’s. I’d bet most Americans are unaware of this development.

You chart India’s shift towards greater engagement with the world. One area that still requires a lot of work is in economics. What do you think needs to happen before India more fully embraces free trade?

India remains ambivalent about more fully opening its economy, even as it presses hard internationally for the rest of the world to open their immigration laws to accommodate more worker mobility. So in India, openings happen incrementally instead of in broad sweeps. The central challenge is that people do not always see greater economic openness as leading to growth and prosperity — they often see it as threatening. 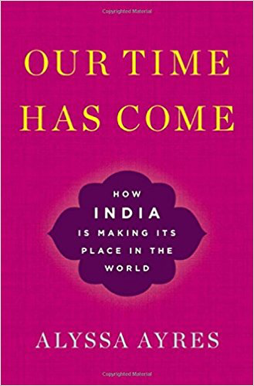 In the past two years, India has taken forceful action against Pakistan and China in ways we haven’t seen before. In 2016, in response to a terrorist attack, India publically conducted a military operation in Pakistan-controlled territory. And in the summer of 2017, Indian soldiers confronted Chinese troops in Doklam, a territory contested by both China and Bhutan. Are these one-off instances, or is this a trend you expect to continue?

These two responses were in quite different circumstances. It is my own belief that any Indian government, following so many attempts over the years to hold out the hand of friendship to Pakistan only to face continued terrorist attacks, would face enormous domestic pressure to respond in some manner to further terrorist attacks. The 2016 “surgical strike” was very carefully presented as an interdiction, an operation to pre-empt terrorists from “launching” into India.

The Doklam case was unusual in that Indian forces went in to defend the status quo for Bhutan — but against the backdrop of ongoing Chinese incursions across various sections of the India-China un-demarcated border, and of course the island-building and gradual militarization of new islands in the South China Sea. The Indian response in the Doklam case held the line on the status quo — but also sent a very strong signal that India would stand up to territorial incursion or unilateral efforts to change the status quo.

You capture in great detail India’s distaste for criticizing other governments and for third-party intervention, but you also point to exceptions like India’s record on Syria and its actions within South Asia that hint at “the possibility that an empowered India may step up to greater global responsibilities.” Is there a strong and vocal constituency in India calling for this more proactive approach?

To date, there is not a strong and vocal constituency on this front, with some exceptions. People in Tamil Nadu care a lot about what happens in Sri Lanka. West Bengal has a lot to say about Bangladesh. You saw the Indian government’s public reaction to Nepal’s constitution. But no, there is not a large constituency calling for more vocal and more proactive approaches to various challenges around the world.

Despite the size of India’s economy and its growing global stature, it is not a member of the Asia Pacific Economic Cooperation (APEC) forum, the Organization for Economic Co-operation and Development (OECD), and the International Energy Agency (IEA). If the United States wants India to become more engaged as a global leader, should getting India into these organizations be a priority?

From my perspective, the United States should make this a priority. These are consultative and coordinating bodies. How can APEC not include one of Asia’s largest economies? With no offense to Papua New Guinea (pop. 8 million, GDP $17 billion), the 2018 APEC Summit host, it is a little jarring to see one of the world’s major economies excluded from this body while much smaller economies are on the inside. You could say the same thing about the OECD, now that India is emerging as a major donor to other countries, or the IEA, now that India is among the world’s largest energy consumers.

There seems to be a growing desire in the United States government for a more globally active India. The Trump administration’s championing of the term “Indo-Pacific” in its Asia strategy might indicate this, and the revival of the Quadrilateral dialogue between the maritime democracies Japan, Australia, India, and the United States seems to suggest the same. How do Indian leaders perceive these developments?

The Indian government uses the term “Indo-Pacific,” and places a heavy emphasis on India’s role in the Indian Ocean. A panel discussion last week at the Raisina Dialogue in New Delhi gives us the answer to this question in one photo: senior naval chiefs (PACOM Commander in the case of the United States) from Australia, India, Japan and the United States all on one stage. Showcasing the Quad navies together in India tells us that New Delhi wants to publicly, visibly, keep this dialogue going.