Grads: Get 'Globally Competent,' Get a Job | Asia Society Skip to main content

Grads: Get 'Globally Competent,' Get a Job 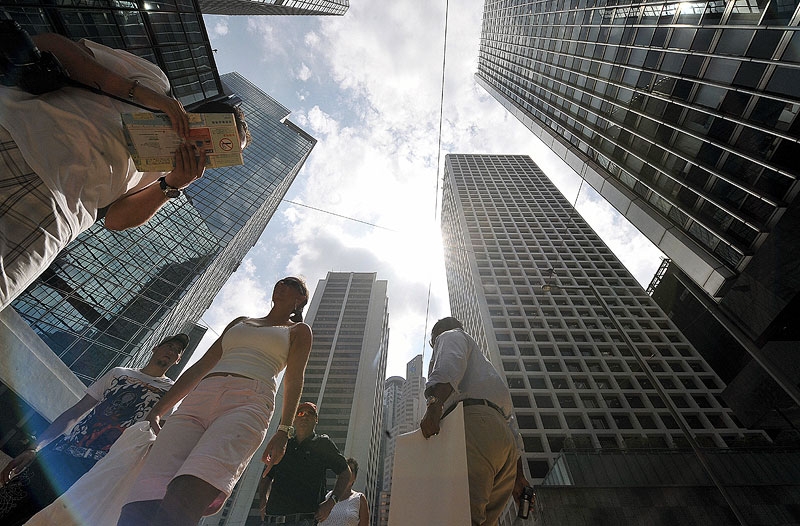 June means many things: summer, vacations and of course, graduations. A whole host of students are either thinking about what to major in this fall or are graduating and thinking about their first foray into the job market. At Asia Society we speak of the need for students to be globally competent to prepare them with the skills needed for the 21st-century job market, and a recent spate of articles seem to agree: to get ahead, it's important to go global!

For "tiger moms," Forbes magazine recently listed its top majors for the class of 2022. I was pleased to see one of the tenets of global competence, speaking a second language, highlighted: "No matter what career you decide to go into, there are two things that you need to learn no matter what. The first is a second language — and based on demographics, we recommend that language be Spanish, due to the influx of Hispanics into the United States, or alternatively Hindi or Portuguese to deal with businesses from the India and Brazilian powerhouses."

For those of you who forgot to start planning your career path at age eight, Forbes editor for Asia John Koppisch tells current graduates: "Look for your first job in Asia. Economies are booming and companies are often desperate for educated and skilled job seekers. English-speaking cities such as Hong Kong and Singapore, especially, have almost no unemployment and quickly absorb anyone qualified who lands on their shores. Often you can get hired by a Western company, quickly get promoted because of the fast growth, and then after a few years move back to the States with that company." Of course, in order to succeed this way, you will need to understand other cultures and be able to work within them, another key tenet of global competence.

One of the hot majors that Forbes lists for the next 10 years is the hospitality industry, predicting that while we spend more time at home in a virtual world, restaurants and clubs will be venues for real, personal contact with human beings. Nowhere does this appear to be more true than in China, where the hospitality business is booming. The China National Tourism Administration predicts that Chinese domestic travel will reach 3.3 billion trips in 2015 and expand by 5 percent to 8 percent each year until 2030. That's a plum that Western companies can't ignore. For instance, Intercontinental Hotels Group recently announced a new luxury brand specifically for China called Hualuxe that's intended to operate in 100 Chinese cities within 15 to 20 years. And surprisingly, the group expects that half of revenue will come not from room sales, but from restaurant and bars — giving some credence to Forbes' prediction.

If you aren't prepared to work abroad, don't worry; abroad is coming to you. The number of Chinese tourists visiting the United States is expected to double from the record-setting number of 1.1 million in 2011. Chinese visitors spend $6,000 on average per trip, $2,000 more than travelers from other countries. And a favorite activity is luxury shopping because taxes outside of China are much lower. This is creating a shortage of employees who speak Mandarin and Cantonese and who understand the needs of their clientele.

Of course, the hospitality industry in major cities isn't the only area where jobs are booming for the globally competent. Look at the Twin Cities, where exports grew 32 percent between 2003 and 2010, and new jobs in marketing, engineering and manufacturing are being created. The only difficulty is filling them. For instance, the Minnetonka-based company Datacard has open positions in these fields, but needs employees who speak a second language or know how to work with customers and salespeople in markets like China and Brazil. And Schaefer Ventilation, another small Minnesota-based firm, is seeing success exporting to the Middle East and adding local jobs as it does so. In North Carolina, meanwhile, a new "heat map" provides a snapshot of what's global in each of the state's 100 counties. For the first time, county-specific global demographic, education, and economic data is presented in one place, allowing potential employers to look for an employee base with specific strengths, such as an ability to speak Chinese.

Let's not forget everyone who took all of those years of high school Spanish! (I myself speak Spanish, have a Masters in Latin American Studies, but work for the Asia Society; now who could have predicted that, a generation ago?). There is job growth in marketing to Hispanics/Latinos — the largest minority group in the U.S. and the fastest-growing, according to the 2010 U.S. Census. According to Gonzalo Perez, owner of research firm Motivo Insights, understanding this growing market will require workers to "be comfortable with the complexity of today's young Latinos. They have this contextual identity, and they're not all the same." Perez continues, "75 percent of young Latinos learned of a brand through a social network — [that's] more than non-Latinos." He predicts that app sales will grow for this market, which leads us to the second thing Forbes says you will need to learn "no matter what": how to program!

So whether you're 8 years old, 18, or 28, it's clear global competence can open up new job opportunities to you.

Heather Singmaster is director for CTE and GCEN at the Center for Global Education at Asia Society. Her work focuses on education policy and international best practices.