'Good Morning Mr. Orwell': A Look Back at the Nam June Paik Video That Greeted 1984 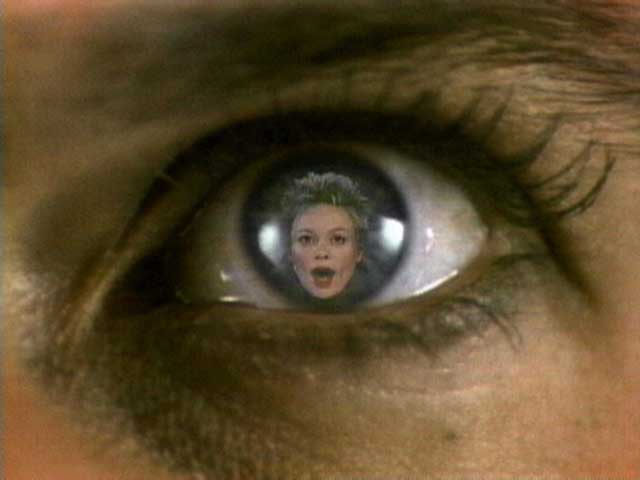 Imagine a show with Peter Gabriel and Laurie Anderson whisper-singing about birds in matching white suits; Allen Ginsberg playing a rousing, folk-inspired song in praise of meditation; and John Cage and Joseph Beuys rubbing feathers against cacti. Hundreds of thousands around the world watched as some of the world's most famous avant-garde artists and popular musicians rocked out in their '80s finery in this "global disco." If it sounds strange, that's because Good Morning Mr. Orwell wasn't your typical television broadcast.

As the title suggests, the video was a cheeky response to George Orwell's dystopian novel 1984. "Orwell only emphasized the negative part, the one-way communication," Paik said about the author. "I see video not as a dictatorial medium, but as a liberating one. That's what this show is about, to be a symbol for how satellite television can cross international borders and bridge enormous cultural gaps." While Orwell's predictions may not have entirely panned out, Paik's philosophy resonates surprisingly strongly today as digital information proliferates and our dependence on technology grows.

Despite its organic and sometimes spontaneous quality, Good Morning Mr. Orwell was a tightly coordinated affair, a genre-bending collage of live performances by well-known pop musicians and avant-garde artists filmed simultaneously in the studios of New York's WNET/THIRTEEN and FR3 in Paris and then broadcast to audiences in France, the United States, Korea, the Netherlands, and Germany. Interspersed with peripatetic segments of electronically collaged and distorted images are appearances by the likes of Salvador Dali, Philip Glass, and Paik's longtime collaborator Charlotte Moorman. During other segments, the American rock band Oingo Boingo cavorts in front of pulsating, neon shapes, and Merce Cunningham dances with a delayed image of himself. In a recurring skit, an actor threatens to kill himself if another commentator refuses to marry him. The overall effect of Good Morning Mr. Orwell can be overwhelming with its variety of content, yet optimistic in its message.

Paik, the artist behind iconic pieces such as TV Bra for Living Sculpture (1969), in which Charlotte Moorman wore two TVs over her bare breasts while playing the cello, and TV Glasses (1971), widely seen as a precursor to Google Glass, was a strong advocate for integrating technology into the most basic of human experiences such as perception and the human body itself. "The real issue," he once wrote, "is not to make another scientific toy, but how to humanize the technology and the electronic medium."

In this vein, Good Morning Mr. Orwell is a corollary to Paik's fiercely held belief in the potential of technology and a statement for the power of television to democratize art; Good Morning Mr. Orwell would instantaneously reach more viewers than could ever visit a museum exhibition at once, while also giving individual artists a platform to inject avant-garde art into the public arena. Today the jury is still out on the question of whether technology hollows out our personal relationships and ways of communicating with one another, but Good Morning Mr. Orwell reminds us that the answer, whatever it may be, won't be black and white.

To see the full video, please visit the exhibition Nam June Paik: Becoming Robot at Asia Society Museum in New York from September 5, 2014, to January 4, 2015. Good Morning Mr. Orwell is on view in the Mr. and Mrs. John D. Rockefeller 3rd Gallery on the third floor of the Museum.

Emily Feng is a contributor to Asia Blog and will be finishing her last year at Duke University this fall.