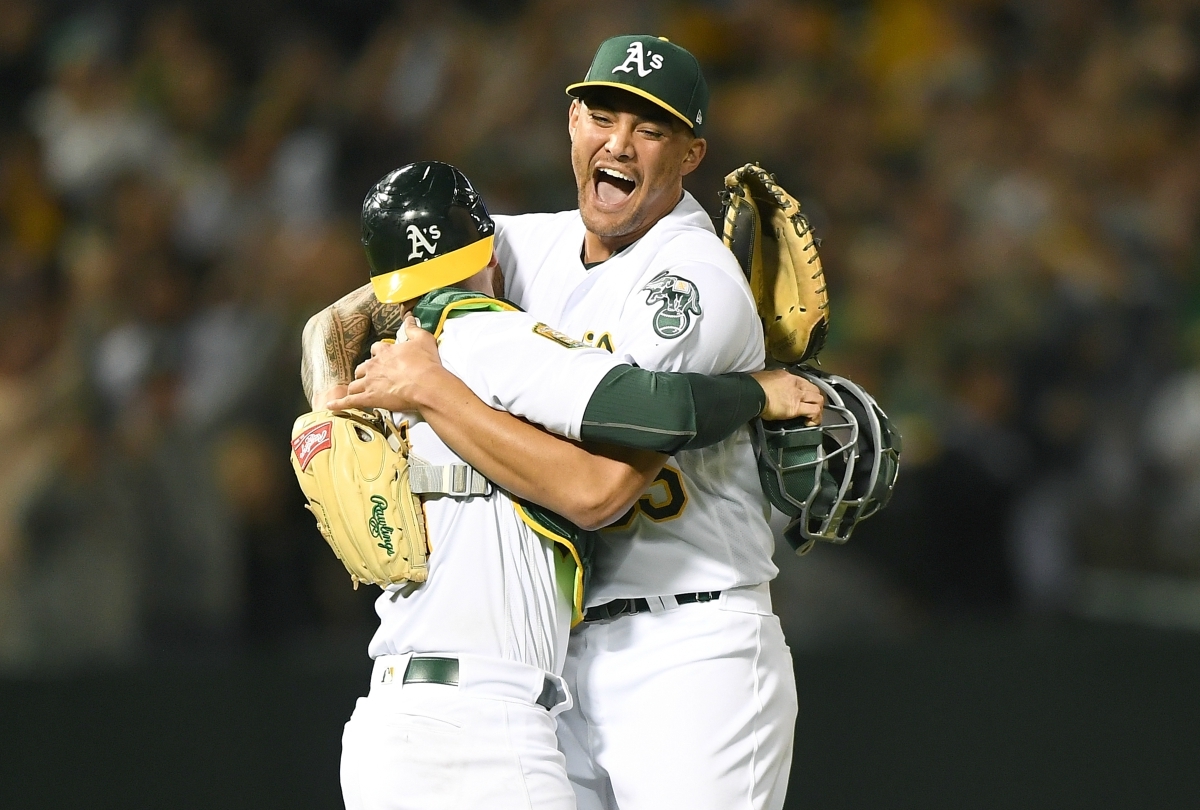 Sean Manaea (R) and Jonathan Lucroy (L) of the Oakland Athletics celebrate after Manaea pitched a no-hitter against the Boston Red Sox at the Oakland Alameda Coliseum on April 21, 2018, in Oakland, California. (Thearon W. Henderson/Getty Images)

On April 21, Sean Manaea of the Oakland Athletics became the 297th pitcher in major league history to throw a no-hitter, needing only 105 pitches to shut down the Boston Red Sox 3-0. The no-hitter has highlighted a quietly excellent start to the season for Manaea, a third-year left-hander who has been one of the American League's best pitchers in 2018.

Born and raised in Indiana, Manaea is only the second Samoan-American to play in the major leagues. He briefly caught up with Asia Blog to talk about his no-hitter, his upbringing in Indiana, and whether he feels like a pioneer.

It’s been a little over a week since you’ve thrown a no-hitter. Has it sunk in yet?

For the most part, it has. It’s a really cool accomplishment, but there’s still a lot of work to do this season, so I'm trying not to dwell on it. I’ll be able to reflect in the offseason — that’s when I think it’ll sink in how cool it was.

You grew up in a small town in Indiana. How in touch were you as a kid about your Samoan heritage?

My dad worked really long hours while we were growing up, and he didn’t fully retire until I was 12 or 13. He also hadn't been to Samoa for a really long time and may have forgotten some traditions, so we didn't really have a lot to go on. We were the only people I knew who were Polynesian in Indiana, so it wasn’t like we had a chance to connect with other Samoans in the community.

Have you had a chance to connect with the Samoan community in the Bay Area or elsewhere since your career has started?

There have been high-profile Polynesian NFL players, like Junior Seau and Troy Polamalu, but comparatively few in baseball. Do you feel like a pioneer?

Not really. I’m just a normal person making a living on the field.